Yes Hitler’s hordes are back for more punishment in Rebellion’s spin-off to its shooter sensation Sniper Elite. In this fourth instalment, mangled minions of the undead Fuhrer are still dragging their sorry selves across Europe. You are part of a top squad tasked with hunting them down and putting them back in the ground. 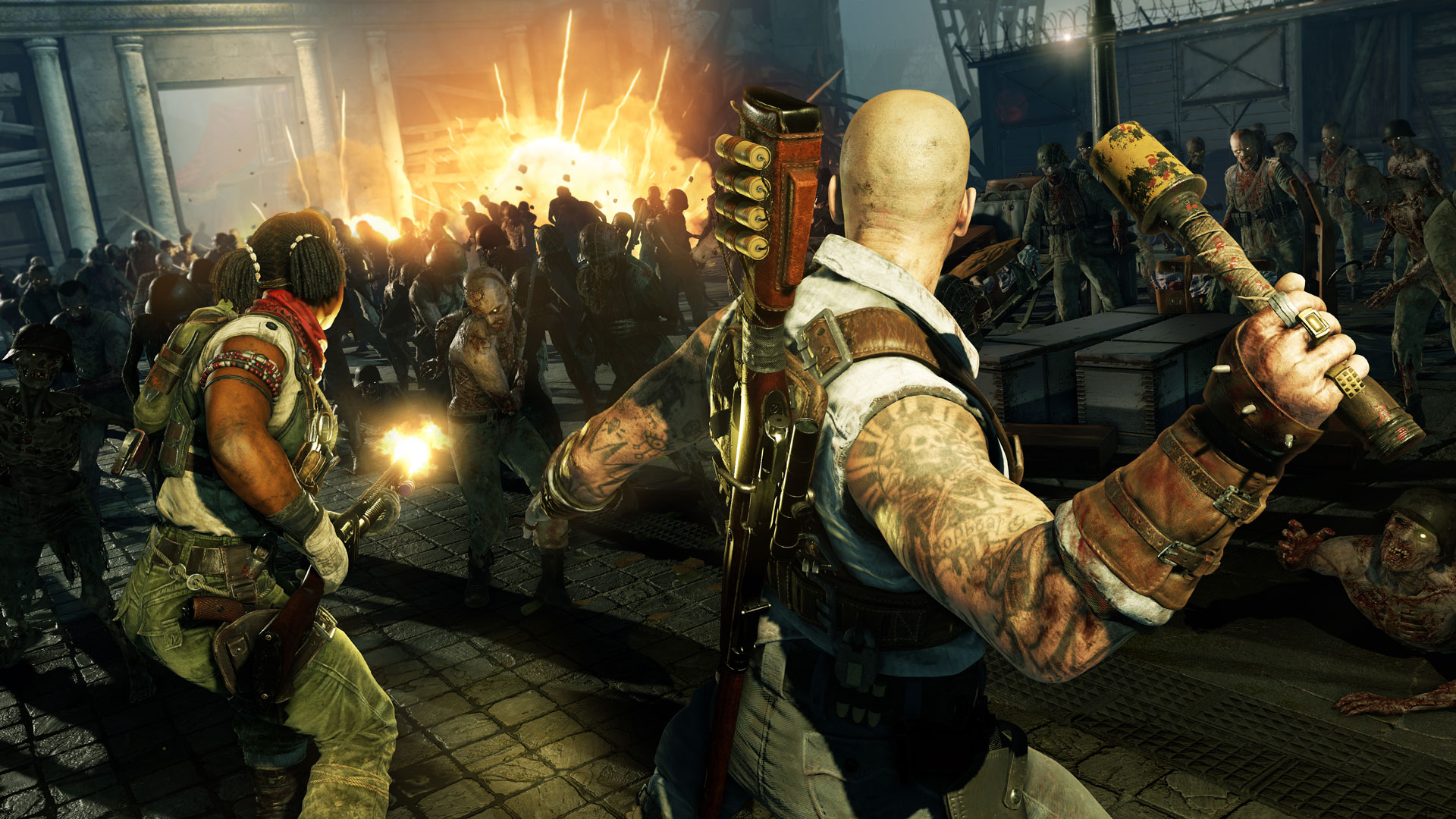 Choose from one of four Resistance fighters – Karl, Boris, Shola, and Jun – each with their own abilities, weapons and perks. The beauty of ZA4 is its replayability so there’s plenty of depth to be had trying your hand as the explosives expert or the sniper pro.

The unlockables for the variety of weapons is plentiful and sees you bolting on electrified silencers or explosive rounds. And the perks upgrades are excellent too, pushing you to take out as many zombies as possible in order to level up.

But under the flaky dead skin of it all lies the combat, which is truly satisfying. Due to the sheer number of enemies, positioning is vital and you won’t be let off easily for any wayward shots. 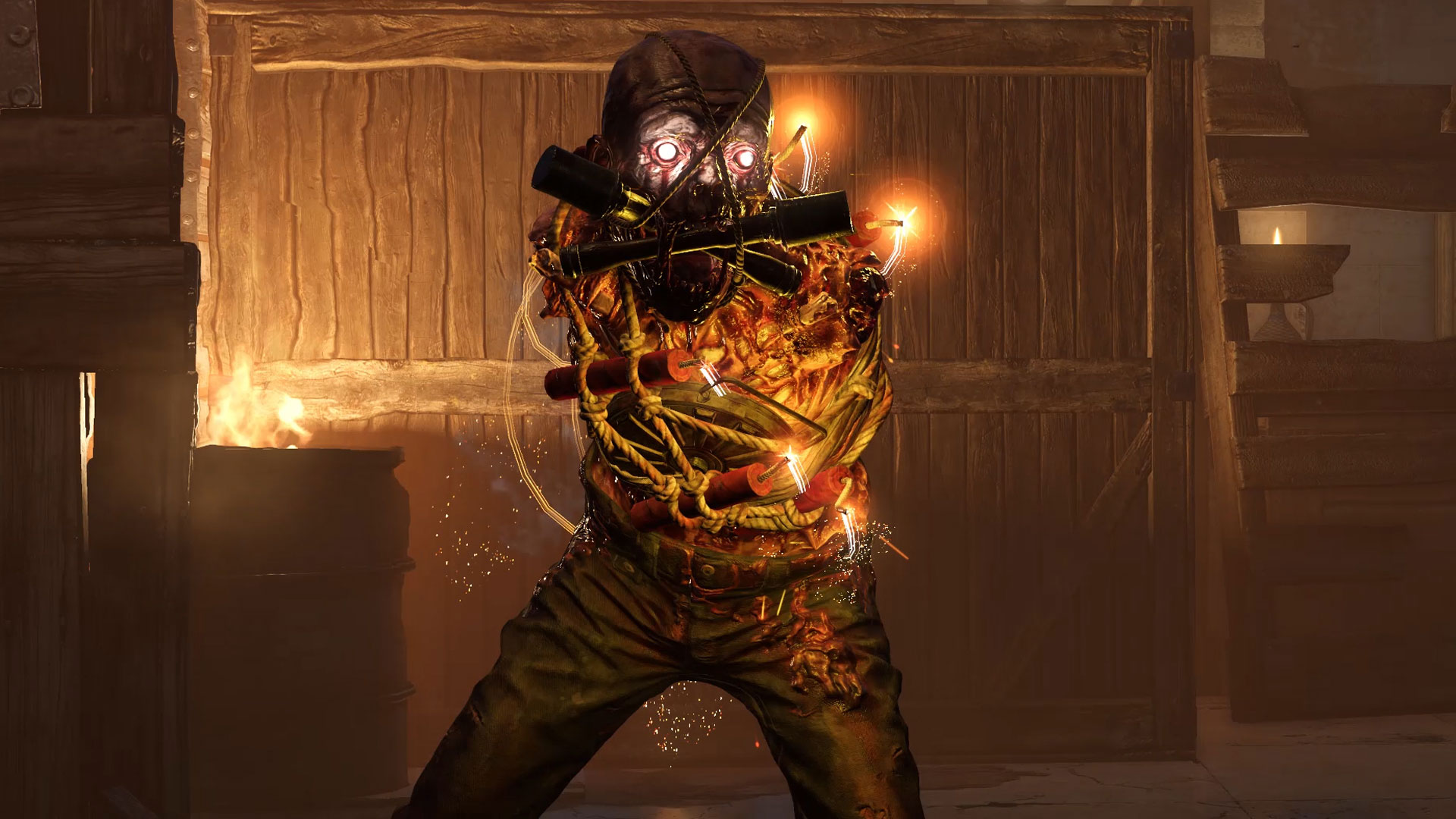 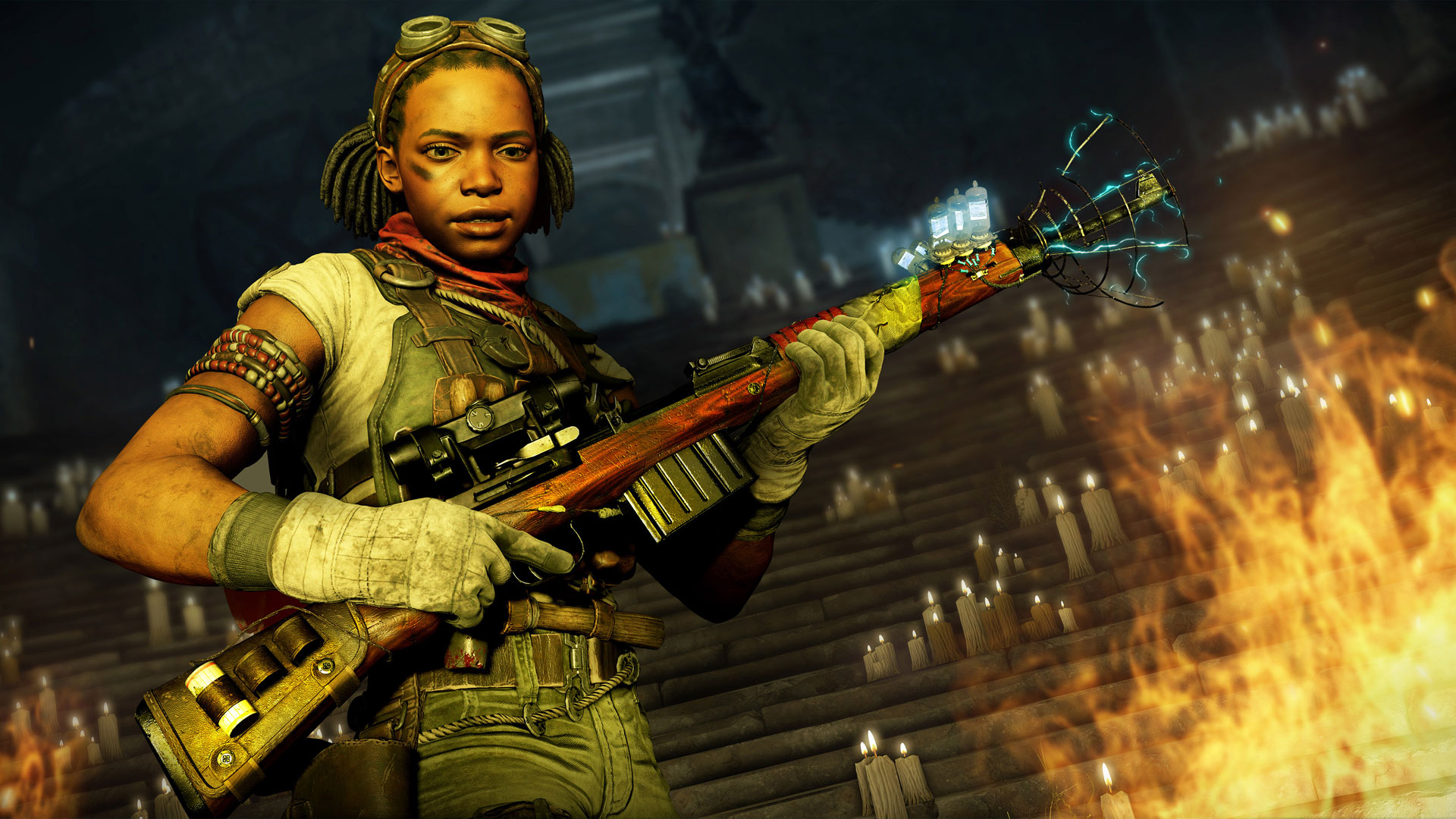 And there are plenty of rewards for a steady stream of zapped zombies – once you pass x10 on the Kill Combo, you can activate a special melee takedown. Not only do these look great but they boost your health too.
Let’s not forget the awesome use of booby traps either… you can swap up between electrified trips or classic landmines. There are also the standard shoot-the-red-thing-and-it-will-explode along the way plus giant zombie sharks – yes, giant zombie sharks – which can be used to devour the enemy.
Or the huge propellers which when shot, suck in numerous baddies and chop their bones to dust. 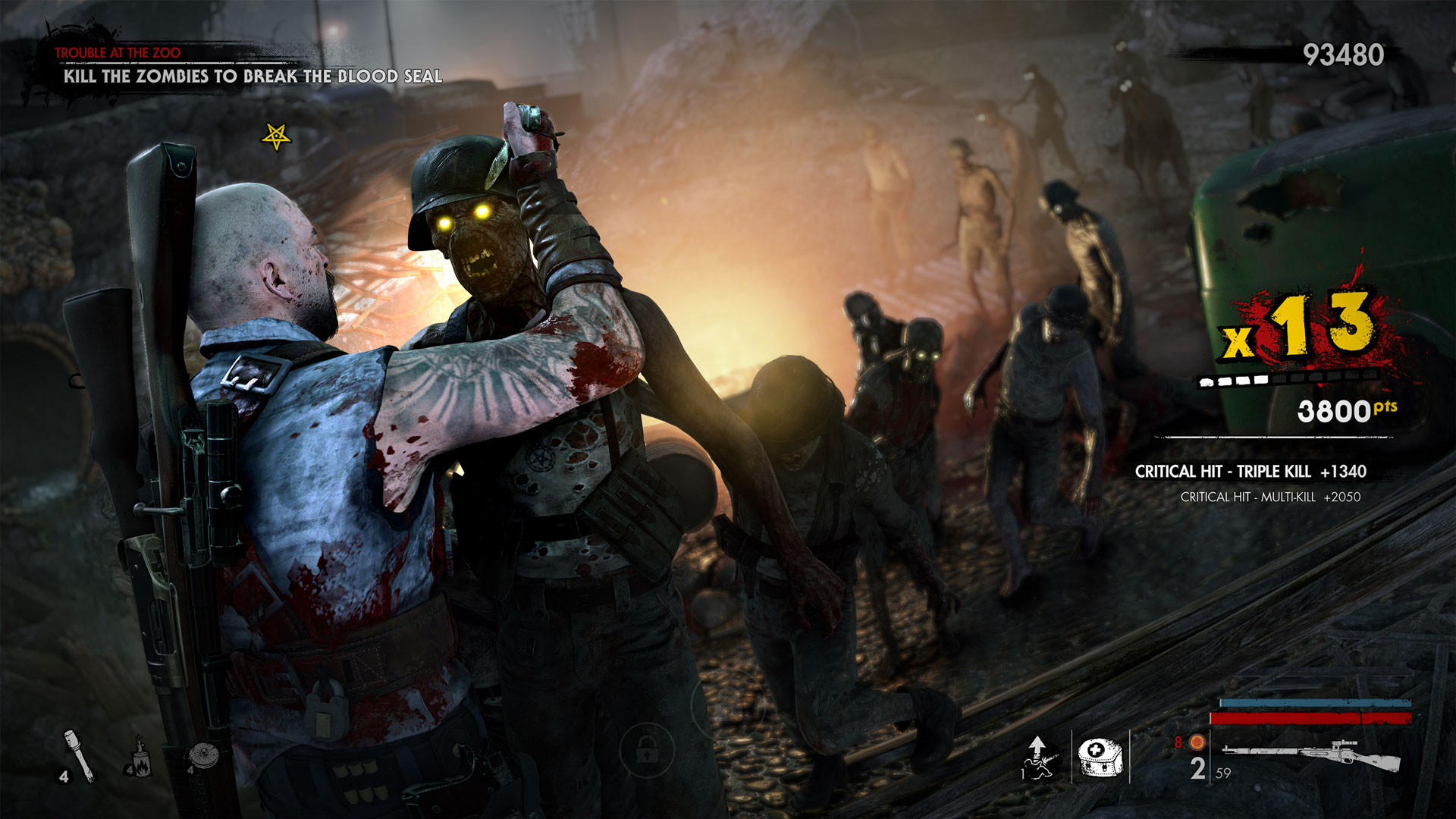 The array of deadly undead is a welcome addition too. It’s not just your typical, lazy zombie schelping slowly towards you that needs to be dispatched of. There are armless suicide bombers which are tricky to stop, and massive beasts with mini-guns zipping bullets at you. As an added perk, you can use the weapons of these brutes once they are downed, which makes for lots of fun with the flamethrower freak.

But it’s the iconic slow-mo, X-Ray bullet tracker which makes the gory so glorious – tracing the deadly bullet from you sniper rifle and watching it crunch through a rib cage before piercing a skull never gets old. 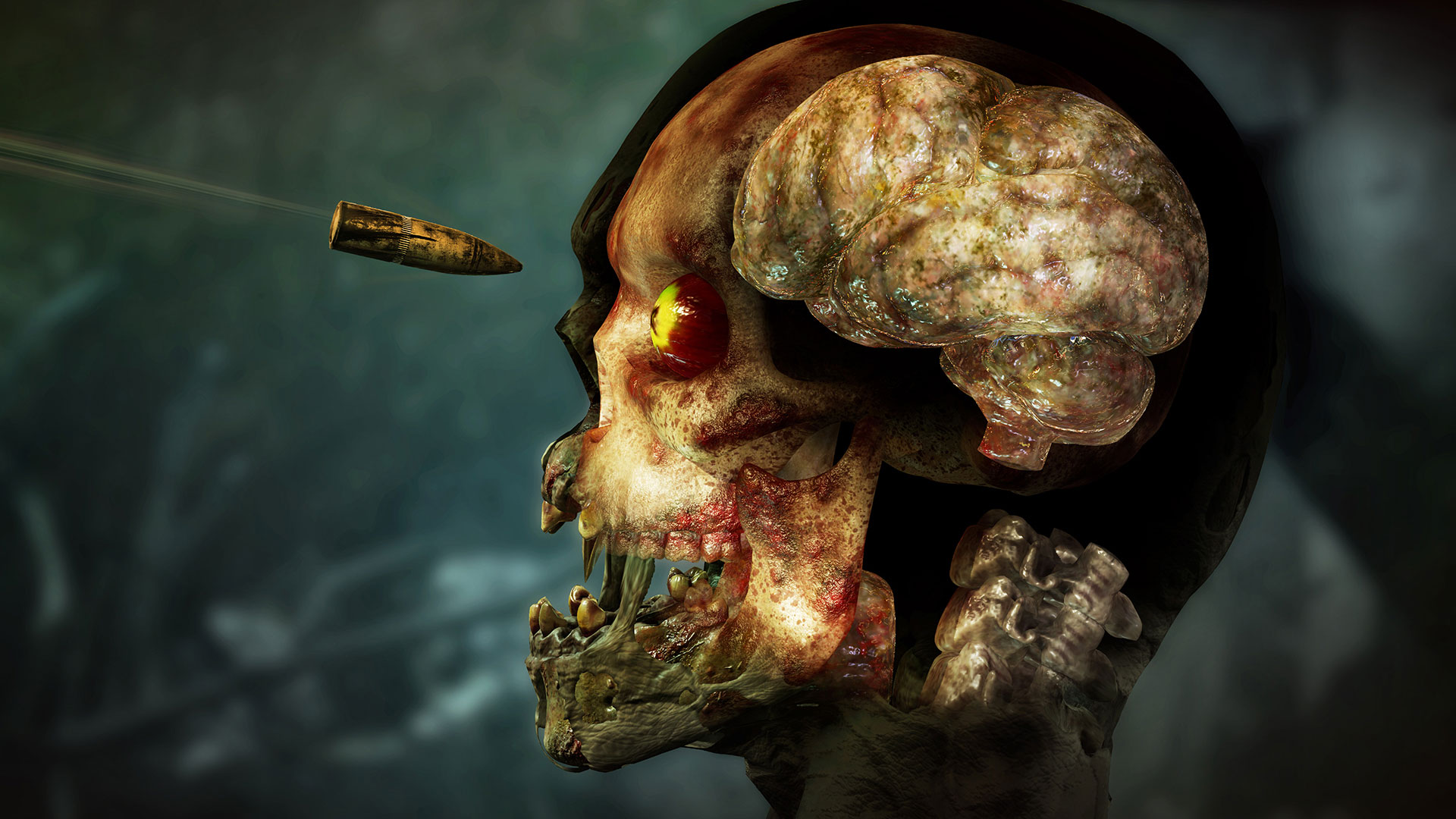 With Story Mode you can hop in and out of the action with three friends while Co-Op offers up hours of hilarious horde hunting hoots.

No doubt, like the main, it will be dead good!

In other gaming news, the new Xbox Series X has a handy new feature that lets you turn off your console without saving and quick resume instantly.

There's a neat PS4 trick which can boost your console's performance while we wait for the PS5.

And don't miss out as we reveal March's  gaming freebies.

What's your biggest Kill Combo on Zombie Army 4? Let us know in the comments