Though not officially associated with Kanye West’s footwear brand, Yeezy Mafia has established itself as the preeminent account for leaked information regarding upcoming releases.

Yeezy Mafia is likely as renowned as the brand it has built its name on, with its verified social media accounts attracting online engagement from industry royalty such as former Yeezy general manager Jon Wexler and celebrities like Kim Kardashian West.

Behind the thriving accounts — which boast close to 3 million followers on Instagram and over 612,000 followers on Twitter — is 26-year-old Yiannis, Yeezy Mafia’s founder, who does not disclose his last name for privacy reasons.

When asked in a recent interview how he gets his leaked information, Yiannis recited his usual line about looking into his “crystal ball.” But when I pressed further, he said it comes down to knowing the right people and “common sense.”

For example, Yiannis might pick up on something from West’s social media teaser posts. Other times, he’ll just make judgement calls based on past drops to deduce what future silhouettes will be released in different colorways.

Yeezy Mafia verifies each leak with industry insiders as much as possible to avoid putting out any incorrect information. While they have made some mistakes in the past, they have a reputation for accuracy.

“If I don’t triple check information, it’s not going up,” Yiannis said. 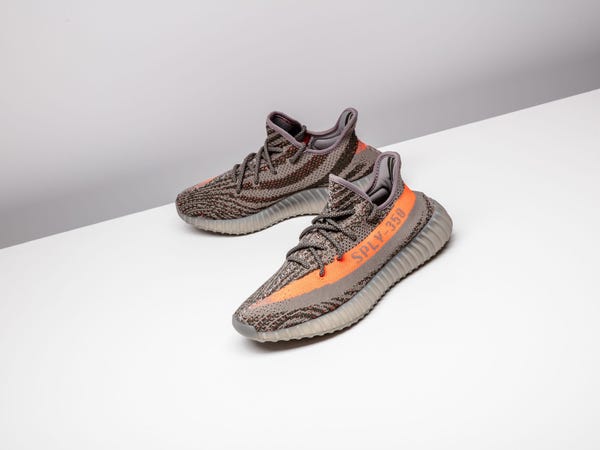 Now a resident of the UK, Yiannis eventually started charging membership fees for the group, which blossomed into an early iteration of a “cook group,” or an exclusive membership-based forum that charges fees for information related to hyped sneaker releases. At one point, Yiannis charged £100,000 for entry to Yeezy Mafia to prevent too many people from joining and to keep the group as exclusive as possible. Some people paid for it anyway, he said.

As Yiannis became privy to more Yeezy information, he began to release it publicly via social media beginning in 2016. Around this time, Yiannis met Kola Tytler, a UK-based doctor and sneaker reseller. Tytler helped launch Yeezy Mafia’s carts program, an online system that helped users obtain Yeezys at retail for a fee, which eventually ended in 2017.

Today, Yeezy Mafia’s business consists of social media leak accounts, a Yeezy Mafia merchandise store, a merchandise collection under the name MAFIASZN co-owned by the brand’s Managing Director Dilan Sharma, and a marketing consulting arm for brands, which started in 2019.

“It’s like a snowball effect,” Yiannis said of how Yeezy Mafia quickly became a multi-faceted business venture with more than 20 employees.

Yiannis has brought in millions in total sales from Yeezy Mafia since 2016. At least $2 million came from sales of MAFIASZN merchandise, according to screenshots of the company’s Stripe and Shopify accounts viewed by Insider. The rest came from the company’s pre-order service for Yeezy sneakers and membership fees from the cook group, neither of which currently exist.

These financial records do not include sales for the company’s creative marketing and consulting businesses, which Yiannis said make up the bulk of the company’s current revenue. Sales numbers were originally listed in GBP currency.

Yiannis said he recently passed social media responsibilities at Yeezy Mafia to one of his colleagues, to focus on the creative consultancy arm of Yeezy Mafia full-time. Doing so will allow Yiannis to flex his creative muscles as a marketing strategist while building his own brand, something he said he couldn’t always do when running Yeezy Mafia’s social media.

“Because of course, it’s for Kanye,” he said of the Yeezy Mafia account. “I mean, that’s his brand, so I’m not going to start doing stuff which is off brand.”

But even as a Yeezy leak account, Yeezy Mafia is still an independent entity, he said.

“Yeah, of course. Of course I’m independent,” Yiannis said. “But you know, still there is this respect.”

Yeezy Mafia: in the gray area between retail and resale 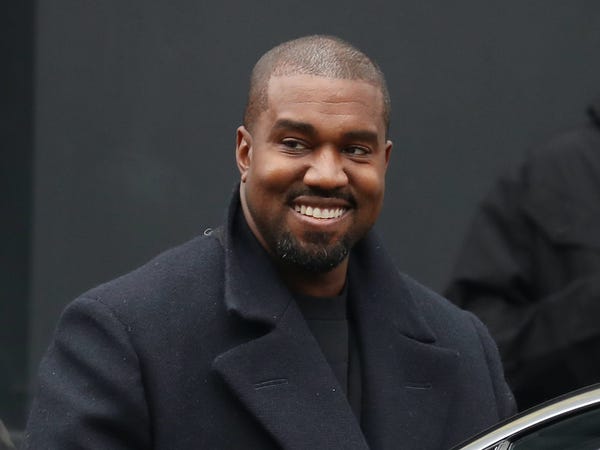 Yeezy Mafia is an independent venture from West’s multibillion-dollar footwear empire. But Yeezy Mafia does live in a gray area in the sneaker resell business — by working with marketplaces and sometimes the Yeezy brand.

This paradox is one that has been brought to the fore by recent events at Nike, which called into question the relationships between sneaker brands and outside stakeholders. Former vice president and general manager for North America, Ann Hebert, resigned after Bloomberg Businessweek reported on February 25 that Hebert’s 19-year-old son used her credit card to buy over $100,000 worth of limited-edition sneakers to resell for major profits.

While Nike told Bloomberg that there were no policy violations or conflicts of interest in the matter, the situation highlighted Nike’s ill-defined relationship with the exploding resale market for its products.

Though Nike employees are told to keep sneaker drop information to themselves, two former Nike employees who worked on the brand’s high-heat footwear told Insider that Nike often turned a “blind eye” when it came to people leaking information to cook groups or sneaker forums if it meant that it would help its products’ resale value.

Yiannis confirmed that his company sometimes works, at least indirectly, with West when approached by members of his team. However, he describes the inner workings of the relationship as “quite random.”

Yiannis added that from what he has gathered, it appears that West “probably likes” what Yeezy Mafia is doing. Yeezy Mafia helps increase demand for the brand by generating hype with early looks at upcoming releases.

An Adidas spokesperson, who oversees communications for the Yeezy brand, declined to comment on the company’s relationship with Yeezy Mafia. Adidas currently manufactures Yeezy footwear products after the brand poached West from Nike in 2013.

Yeezy Mafia also had a years-long deal with resale platform StockX, which involved being paid to push and promote the resale marketplace’s content on Yeezy Mafia channels, Yiannis said. While StockX is known for connecting with influencers and brands via its affiliate program, a company spokesperson said that StockX does not discuss details of these partnerships.

Yiannis added that Yeezy Mafia had similar deals with other brands as well, but did not disclose any names.

Through brand partnerships, distant connections to West, and a massive social media following, Yeezy Mafia commands a sort of reverence in the sneaker world today. This power, while years in the making, is not lost on Yiannis.

“It took me a while to realize the impact and the path was kinda kinda tough,” Yiannis said. “But it made me stronger. Now I think that I kind of understand how the whole market works.”