The Journal relied on internal company documents it obtained to show Facebook (FB) knows, “in acute detail,” about the problems with its platforms. The assorted harms to users are well-documented. But, in the words of the Journal, Facebook “hasn’t fixed” the flaws.
So: Social platforms are addictive and often harmful. Sen. Richard Blumenthal, a Democrat, told the Journal “Facebook seems to be taking a page from the textbook of Big Tobacco — targeting teens with potentially dangerous products while masking the science in public.” 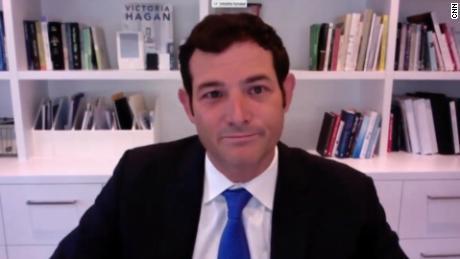 The series matters because it comes with evidence.”Time and again, the documents show, Facebook’s researchers have identified the platform’s ill effects,” the Journal says. “Time and again, despite congressional hearings, its own pledges and numerous media exposés, the company didn’t fix them. The documents offer perhaps the clearest picture thus far of how broadly Facebook’s problems are known inside the company, up to the chief executive himself.”

Regarding the company’s CEO, Friday’s story had his name in the headline: “How Facebook Hobbled Mark Zuckerberg’s Bid to Get America Vaccinated.”
Here’s where to get caught up on the entire series.
This was a very big week for the Journal. Is there more reporting work to do? Definitely. My sense is the series has given the newsroom a jolt of inspiration, and this may not be the Journal’s last word on the Facebook Files.

The company’s response to the five-part series was measured during the workweek. Facebook could have deployed spokespeople and surrogates onto TV shows, for example, but it did not. I noticed Joe Scarborough on MSNBC saying “Facebook reminds me of big tobacco,” because “they know their product is damaging to people.”
There was no rebuttal from the company on his show.
But on Saturday, Facebook vice president of global affairs Nick Clegg issued a seven-paragraph blog post, objecting to some parts of the Journal series.
“At the heart of this series is an allegation that is just plain false: that Facebook conducts research and then systematically and willfully ignores it if the findings are inconvenient for the company. This impugns the motives and hard work of thousands of researchers, policy experts and engineers at Facebook who strive to improve the quality of our products, and to understand their wider (positive and negative) impact,” Clegg said.
Clegg deplored what he called the “impugning” of Facebook’s motives. Perhaps responding to some observers’ concerns the company will stop doing internal research since some of it was leaked to the Journal, Clegg said, “We will continue to invest in research into these serious and complex issues. We will continue to ask ourselves the hard questions. And we will continue to improve our products and services as a result.”
He also seemed to address the comparisons of Facebook to Big Tobacco. “The truth is that research into the impact social media has on people is still relatively nascent and evolving, and social media itself is changing rapidly,” he said.

Journal reporter Jeff Horwitz, who has earned many plaudits this week, tweeted Friday “some Facebook folks have told me we should pay more attention to how the interplay between social media and cable TV news affected the public discussion of Covid vaccines, including on the company’s platforms.” He agreed with that assessment, he said.
Former Twitter and Facebook executive Nu Wexler said he also concurred: “If we’re measuring reach/engagement of health misinfo on FB, we need a way to compare it to Hannity’s nightly audience or the impact of a governor/senator saying the same things IRL.”

— “There’s a lot to unpack” from the “Facebook Files,” CNN’s Allison Morrow writes. “But one thing that stands out is just how blatantly Facebook’s problems are documented, using the kind of simple, observational prose not often found in internal communications at multinational corporations.”
— Washington Post columnist Will Oremus says he sees a pattern emerging: “Facebook keeps researching its own harms — and burying the findings.”
— Friday’s “Files” story describes a gathering of Facebook leadership in and around its Menlo Park HQ early this month at which “the tone from some participants was, ‘We created the machine and we can’t control the machine,’ one of the people said.”
— David Kirkpatrick, who wrote a “generally positive” (his words) book about FB a decade ago, says “the Journal series may bespeak a major shift, even for those who are jaded and expect little other than evasion and apathy from this shockingly-powerful company. The articles suggest it may start to be seen widely as an outlaw enterprise.”
— The Atlantic’s Derek Thompson says the Journal series underscores that social media is “attention alcohol:” Like booze, he says, “social media seems to offer an intoxicating cocktail of dopamine, disorientation, and, for some, dependency.”

— On Monday the Journal will hold a live Q&A with several reporters about the “Facebook Files” findings. There is also a companion podcast series on Spotify.

A version of this article first appeared in the “Reliable Sources” newsletter. You can sign up for free right here.
Source: Read Full Article