The kingdom’s de facto ruler, who’s aggressively changed social norms despite possible backlash, has big plans to transform his country into a modern powerhouse. The arrests on treason allegations that could carry the death penalty — unprecedented against such senior relatives — suggest he’s not going to let anything get in his way, especially not his own family.

Humming ‘Despacito’ in Saudi Heartland Where Music Was Taboo

Authorities on Friday rounded up the brother and a nephew of Prince Mohammed’s father, King Salman bin Abdulaziz, on the ground they were plotting a coup, according to a person familiar with the matter. The crackdown comes as the kingdom is facing an economic downturn that could menace future progress on the prince’s ambitious plans.

“So much of what happens under MBS’s leadership is based on the element of surprise, of shifting balance, and claiming control,” said Karen Young, a resident scholar at the American Enterprise Institute in Washington. “But the biggest threat to Saudi right now is the possibility of very low oil prices, back to 2015 or lower levels. This the crown prince will find harder to control.”

New information on Sunday from the New York Times on a connected arrest indicates that the scope of the roundup isn’t known. The Wall Street Journal reported that dozens of Interior Ministry officials, senior army officers and others suspected of supporting a coup attempt were also detained.

The arrests underscore a lingering climate of fear that has made foreign and local investors skittish, Young said. But it was already going to be a bad year in terms of economic outlook because of the global slowdown from the impact of the coronavirus and the effects of energy demand in China.

Oil – the kingdom’s main revenue source – fell the most in a decade on Friday after Russia snubbed Riyadh’s call to slash oil production to offset the decline in demand from the coronavirus. The collapse in OPEC+ talks drove shares in state oil giant Saudi Aramco below its recent initial public offering price on Sunday. The IPO is a crown jewel of Prince Mohammed’s sweeping plans to showcase the kingdom.

Saudi authorities have yet to comment on the reported arrests. The government communications office didn’t immediately respond to a request for comment on Sunday.

The prince’s efforts to cast himself as a reformer and trustworthy ally of the West have run against the less-flattering reality of his ruthless consolidation of power and foreign policy adventures such as the war in Yemen and boycott of Qatar.

Three years ago he had hundreds of royals and senior businessmen rounded up on corruption allegations, locking them in the Ritz-Carlton hotel as part of wider purge against perceived critics. A year later, Saudi agents killed and dismembered a prominent critic, Jamal Khashoggi, inside the Turkish consulate in Istanbul. Both shook confidence in the kingdom’s wide-ranging reform plans and effort to attract outside investment to lesson the economy’s reliance on oil.

King Salman’s support for his son appears to have not wavered even though ties with the West are under severe strain. U.S. President Donald Trump has also continued to back the crown prince even though Congress was outraged by Khashoggi’s murder.

Yet while many in the royal family, which numbers in the thousands, pledge loyalty to Prince Mohammed, his consolidation of power has marginalized or alienated other relatives.

“If your position is good, you’re having concerts, there’s no pressure from your society, then your only opposition is from the highest level of your family,” said Kamran Bokhari, director of analytical development at the Center for Global Policy in Washington. 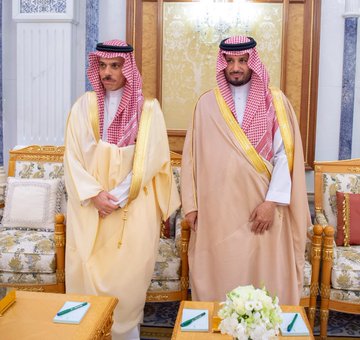 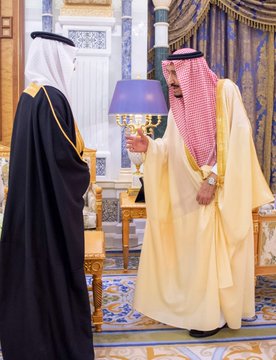 The arrests underline Prince Mohammed’s tactic of unbalancing domestic rivals ahead of his expected ascension to the throne. They come at a critical time as he tries to ease the fallout from his penchant for making enemies at home and abroad, and prepare for a year in the international spotlight under the Group of 20 chairmanship.

The move against people at the apex of the country’s security signals that Prince Mohammed feels his position is very vulnerable, Bokhari said.

He’s again put aside concerns about Saudi Arabia’s image, figuring that if he “did not act now, then they would’ve acted,” Bokhari said. “What image should I worry about if I’m not king of Saudi Arabia?”

One of the detainees, Prince Mohammed bin Nayef, had especially strong ties to the U.S. security establishment, and was sidelined as heir to the throne with Mohammed bin Salman’s ascension. His brother was also detained in a raid on their desert camp, a person familiar with the matter said.

The detention of Prince Ahmed bin Abdulaziz Al Saud, who’s in his 70s, is more striking: He’s a full brother of King Salman and one of the only surviving sons of Saudi Arabia’s first king. He’s a senior member of the allegiance council, a group of royals that votes on matters of succession. The New York Times reported Prince Ahmed’s son was also arrested.

“I see this as anticipatory move by MBS, an elimination of theoretical alternatives,” said Kristin Diwan, a senior resident scholar at the Arab Gulf States Institute in Washington. “I don’t think they posed a real threat to his power. But they continue to hold social status based on norms that still persist in the minds of many Saudi royals and Saudi subjects.”

The charge of treason is an “extreme move,” Diwan added.

“If it becomes a public accusation – and one the crown prince acts on – it would be historic, an act more akin to strongmen in Arab republics than a Gulf monarchy,” she said.