Defunding the police is just part of the structural reform needed to root out racism in the U.S., says Mehrsa Baradaran, a law professor at the University of California, Irvine, who studies the economic inequities between Black and white Americans.

What’s truly needed is a big-picture rethink of U.S. policy at every level, she told HuffPost in an interview by phone and in follow-ups over email this week.

In her 2017 book “The Color of Money,” Baradaran lays out how, over centuries, policymakers wrote Black Americans out of the economic system — and how policies blocking Black people from obtaining mortgages, land and credit created an immense wealth gap between Black and white Americans that persists to this day. In her book, Baradaran says that after slavery was abolished, Black Americans held just .5% of all the wealth in the U.S. Today, the number is barely higher, at about 1%.

Baradaran’s work resonates now as millions protest around the U.S. ― speaking out not only against police brutality against Black Americans, but the systemic racism that pervades America’s institutions. The coronavirus pandemic has revealed the devastating effects of this inequality, as Black Americans disproportionately bear the brunt of fatalities from the virus and its economic fallout.

HuffPost spoke with Baradaran by phone about how her research applies to the social unrest gripping the country right now.

This interview has been edited and condensed for clarity.

On Twitter, a reporter from The Washington Post asked what public policy would do the most to address the anger expressed around the country right now. You said: “Reparations.”

The [killing] of George Floyd ignited the protests, but the underlying issues are longstanding. When we talk about remedies, we really have to go back and look at this problem holistically, historically and at the roots. It is a structural issue: hundreds of years of racist policies ― economic, housing, criminal, education.

I teach contract law. When you break a contract, you pay damages. We’ve broken the contract with Black America. We promised equal protection and equal rights and equality several times, and we violated it each time.

After the Civil War, the freedmen were freed, theoretically. The Southern police system and the sharecropping system re-enslaved them. Jim Crow. There wasn’t a remedy.

Then the New Deal. Another big structural moment. We create the white suburbs with federally funded, subsidized credit. It rewrote our economy from scratch. Blacks were completely left out. [You can read more about racist New Deal policy in “The Case for Reparations,” Ta-Nehisi Coates’s groundbreaking 2014 essay in The Atlantic.]

Then, there’s racially explicit contracts that say you cannot sell this house to a Black person. These are all embedded in law.

Then, we say those laws are illegal [with civil rights legislation in the 1960s] but don’t do anything to fix the long-lasting effects of all of those racist policies.

In your book, you write about race riots in Tulsa, Oklahoma, and Wilmington, North Carolina, in the 19th century, for example. These are instances where white people violently force Black people out of their homes, businesses and entire cities.

Black families had the common experiences of moving into white neighborhoods and getting bombed, shot at, threatened with guns and violence.

The state institutionalized that violence. Instead of bombing the houses and having a race riot outside of a Black person’s house, which happened all the time, you instead put it into a contract. Saying you can’t give this house to a Black person, we’ll take you to court.

We embedded racism into policy. And how do you get that out? How do you fix that? I think reparations is the only answer.

And I think a process of reparations should involve truth and reconciliation. Let’s sit and talk about it. Have experts. Here are the witnesses. Here is the data. Here is what happened. Lay it all out.

We all know what the process is like to do something wrong and make up for it. You learn it in Sunday school, yoga, whatever is your spiritual practice. Making amends is part of that.

What else would reparations involve?

Reparations are giving the Black community what they’ve always deserved. Giving them exactly what was given to whites.

How was wealth extracted from Black communities? It was through laws and policies and institutions that worked for whites and not Blacks. Every institution that benefited from these harms would account for them and make them up.

We have the funds. We saw this with the coronavirus. Over a weekend, the Fed infused trillions of dollars into the repo markets and into the economy. We don’t have limits of resources. We have limits of empathy and imagination. 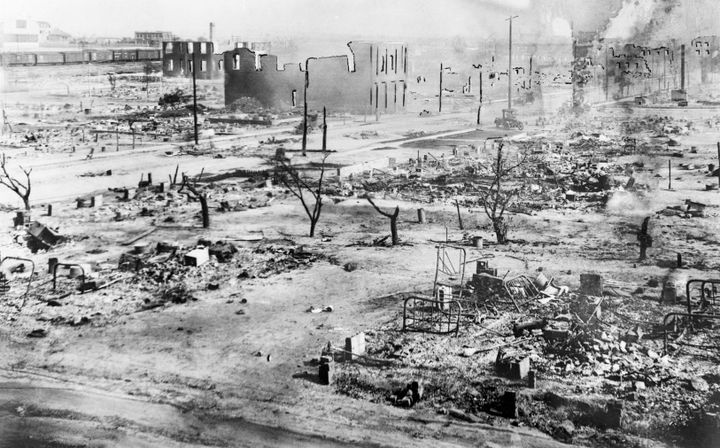 In practice, does that mean Black Americans are getting checks from different institutions?

It would depend. What does the institution do? Within each organization, target the places where the pain is.

If it’s the FHA [Federal Housing Administration], what white people got was a guaranteed mortgage by the federal government that was really low-interest. So it would be down payment assistance, or you could do grants of houses.

I wrote the 21st century Homestead Act, which would take a formerly redlined Black community with a lot of abandoned properties; one of the hubs of poverty. The cities would take these properties, redevelop and give them through a grant to Black residents. [More detail on Baradaran’s housing proposal here.]

At the Department of Education, you could cancel Black student debt. Cancel all debt. Cancel debt for students at historically Black universities.

The IRS: We do this big mortgage interest rate deduction, which is a regressive tax. You end that. End that and you figure out how to make taxing progressive.

If you talk to any agency, they know where the bodies are hidden. The point of this would be to shift the thinking and figure out ways to reverse these problems.

Hard to imagine that happening.

Let me give an example of something that has worked in this area. The Congressional Budget Office runs this cost-benefit analysis. Every agency action, every regulation, every statute, every bill has to filter through this analysis of how much does it add to the debt? It constrains all regulatory action. Every time I work on legislation with anyone, they’re like, “Well, how would you score this?”

I’m proposing something like that. Just score it as what are its effects on the racial wealth gap?

What do police reparations look like in this framework? Would “defund the police” make sense when it comes to structural reform?

The system of policing in America is deeply racist. W.E.B. Du Bois pointed out that policing basically began in the South as a way to criminalize Black freedom and enforce Black labor laws. Policing in other countries is just vastly different from ours, and so is punishment for crime.

Policing has always been more targeted toward Black and Brown communities. From top to bottom ― sentencing, arrests, criminal codes ― from the way they are written to the way they are enforced. It’s embedded. So you have to dismantle that whole system to achieve justice. 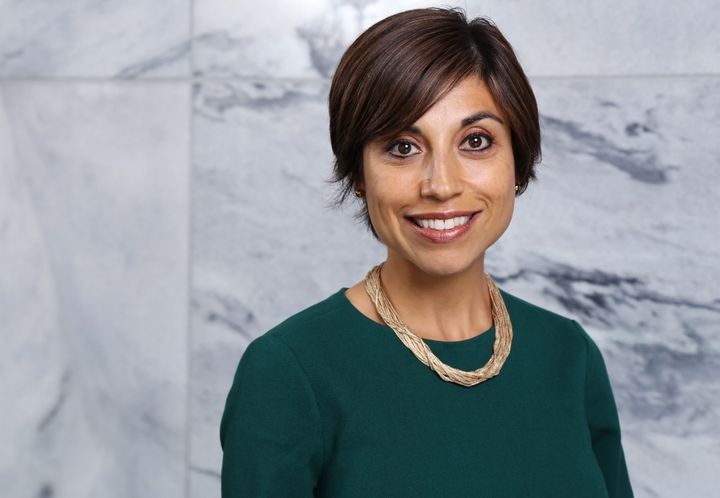 There is such a skewed funding structure ― police vs. every other agency. So yes, defund police and put those funds in education, public parks, etc. I mean, look at police funding in white suburban neighborhoods vs. funds for public places and work toward equality there.

Police killings are just the tip of the iceberg ― they are the part of the injustice that we can see and be horrified by.

But I want to be clear about this: We as a society are paying for this system of policing. Those people in the suburbs who are horrified [by social unrest] are complicit in the system that keeps their neighborhoods “safe” and the “bad neighborhoods” under constant surveillance.

So while we should definitely reform police and hold them accountable, that is just the bare minimum ― it’s like treating the system that comes to the surface, putting a Band-Aid on it, and letting the cancer continue on.

Unless we treat the cancer, we can’t stop these police killings. And the police should not be carrying the entire burden of our racist history.

I know you’ve worked on a few Democratic campaigns. Where do you see policymakers on this?

The window has shifted on reparations. I think people understand it is on the table at least. And look, I don’t care what you call it. I think the theory for me is just fixing the damage. Justice.

I hope a Biden administration considers the scale of the problem and has a large-scale solution to match.

That was where my [﻿tweet] came from. Let’s not tinker around the edges anymore.