New York (CNN Business)Netflix wants to be the go-to TV source for all kinds of viewers, which means it has to have everything that TV offers: powerful dramas, funny comedies and, yes, even a reality show that has couples get engaged before they ever see one another.

Enter “Love Is Blind.”
“Love Is Blind” is the streaming company’s latest reality show to hit the cultural zeitgeist. The series, which has couples propose to one another sight unseen before racing down the aisle in just a few short weeks, has caught the attention of “Saturday Night Live” and celebrities like Chrissy Teigen. Daniel D’Addario, the chief TV critic for Variety, wrote that the show “is not ‘good,’ but it is something.”

Aside from being “something” for Netflix, it’s also important to the company. Netflix has become synonymous with streaming thanks to series like “Stranger Things,” films like “Roma” and documentaries like “Making a Murderer.” However, Netflix still hasn’t dominated reality TV — a genre that’s proven itself to be popular on traditional television. The latest season of ABC’s “The Bachelor,” for example, is averaging roughly 7.7 million viewers. So far in 2020, it is ABC’s No. 1 show with the demo beloved by advertisers — those aged 18 to 49-years old. 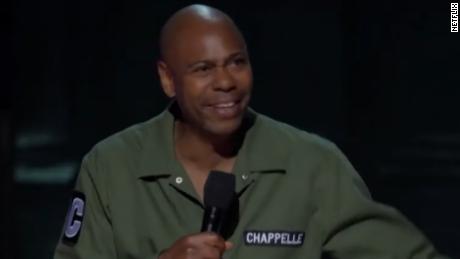 Becoming a major player in the genre not only allows for Netflix (NFLX) to continue to grow, but it also offers more variety for the more than 165 million subscribers worldwide, according to Brandon Riegg, Netflix’s vice president of nonfiction series and comedy specials.

“Simply put, we know unscripted programming is hugely popular on linear TV, and has been that way for a long time,” Riegg told CNN Business. “I think in our efforts to provide that sort of proper breadth and depth of options to the members, it makes sense to have unscripted programming be a part of that.”
Riegg believes that Netflix’s members have “different moods and tastes” and “really look for diverse choice of programming,” so having “unscripted in the mix makes sense from a business point of view.”
So far, the show has been a hit. “Love Is Blind” was the No. 1 most popular show on the service in the United States last week, according to the company.
As Netflix tries to redefine the TV viewing experience, it has shifted from competing with HBO for premium dramas to becoming “the broadcast network of subscription video on demand services,” according to Zak Shaikh, vice president of programming and entertainment at research-based media firm, Magid.
That means Netflix needs all types of programming from all types of genres, especially popular ones like reality dating shows.
“Reality programming has been a key part of broadcast and basic cable for years. It was only a matter of time before Netflix went after the genre,” Shaikh said. “In some ways, the question should be what genres are left for them to enter?” 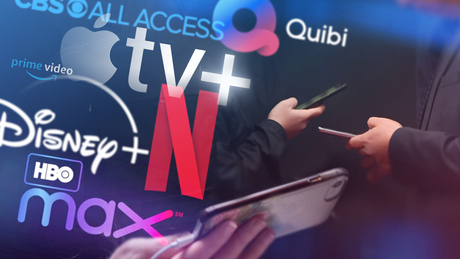 “Love Is Blind” is not Netflix’s first foray into reality programming. The service has found success with “Tidying Up with Marie Kondo” and “Queer Eye” and most recently the docu-soap “Cheer.” All of those series, as well as “Love Is Blind,” help Netflix broaden its appeal, especially in the United States, according to Shaikh.
“A show like ‘Love is Blind’ may well be a U.S-focused strategy to help support its U.S. subscription service which is being challenged by a number of other players,” he said. “In particular, Netflix may believe that the types of audiences who cancel the service the most, or don’t subscribe to it yet, would find ‘Love is Blind’ appealing.”
So now that Netflix has found success in the dating and relationship sub-genre of reality TV, what’s next?
The company hasn’t said if “Love Is Blind” will get another season, but it did announce that a reunion special that brings back the contestants from the series would air on Thursday.

As for similar shows on Netflix, Riegg explained that the company has a simple mantra when it comes to knowing if an unscripted series is right for them.
“Marie Kondo’s whole praise is, ‘does it spark joy?,” Reigg said. “A lot of what we look at when we’re looking at these different shows is, will this spark joy for our subscribers?”
Source: Read Full Article