Even when faced with plague and pestilence, white evangelicals are placing their hopes in President Donald Trump.

About 7 in 10 white evangelical Christians approve of the way Trump is handling issues related to the coronavirus outbreak, including 52% who strongly approve of his performance, according to a new HuffPost/YouGov poll conducted over the weekend.

In contrast, only 45% of all American adults surveyed said they strongly or somewhat approve of how Trump is handling the outbreak.

Seventy percent of white evangelicals also approve of the way the U.S. government is managing the outbreak. Only 47% of all respondents surveyed said the same.

The data suggests that the president’s most loyal religious supporters are standing by their man despite reports of infighting and indecision at the White House as the pandemic unfolded.

Until recently, Trump sought to downplay the threat of COVID-19, the disease caused by the new coronavirus. Since January, he has lied repeatedly about the severity of the threat and about the U.S. government’s ability to handle an outbreak ― at one point claiming that criticism of his coronavirus strategy was a hoax concocted by Democrats to undermine his presidency.

But Trump’s approach to the virus has changed in recent days, as he has announced new measures to curb the spread of the pandemic and boost the economy. The president has also canceled campaign events in light of the virus. 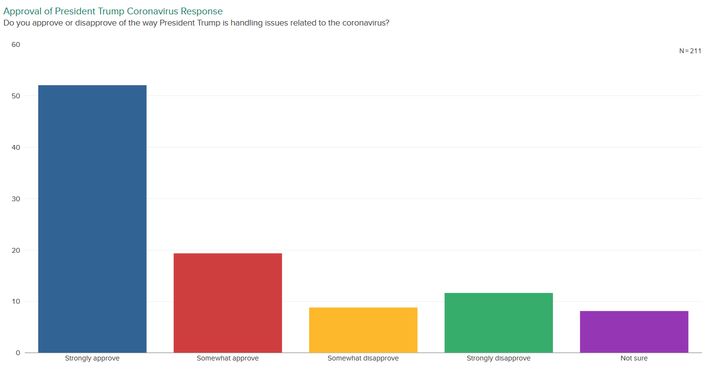 However, there are some key differences. For example, Republicans are about 18 points likelier than white evangelicals to say they approve of Trump’s handling of the outbreak. Republicans are also more likely than white evangelicals to say that they are at least somewhat confident that the U.S. government’s statements about the coronavirus are reliable and accurate (82% vs. 67%). Looking at the bigger picture, about 46% of all respondents said they’re confident that the government’s statements about the virus are reliable and accurate, while 41% said they’re not very or not all confident. 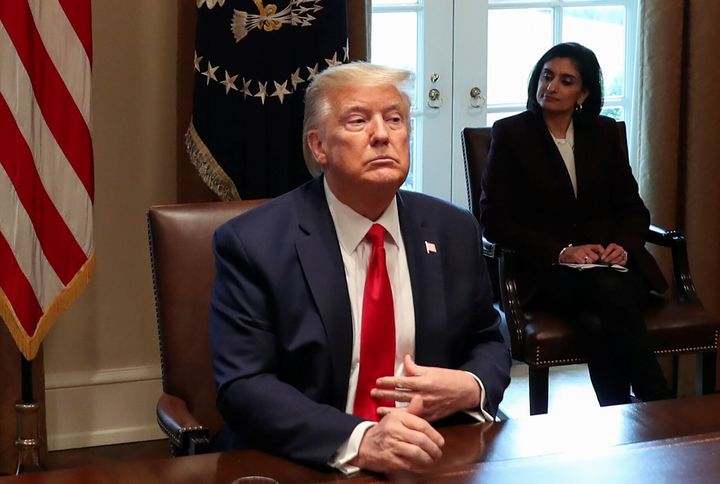 Partisan disagreements about government preparedness during disease outbreaks are nothing new. During President Barack Obama’s presidency, surveys suggested that Republicans were far less confident than Democrats in the federal government’s ability to respond effectively to Ebola in 2014. And when President George W. Bush was in charge, the opposite was true during a potential avian influenza outbreak in 2006.

This week, many of Trump’s closest evangelical allies tweeted to thank the president for designating Sunday as a national day of prayer.

Franklin Graham, son of the late evangelist Billy Graham, praised Trump for reminding the country to turn to God for strength and protection in difficult times.

The HuffPost/YouGov poll consisted of 1,000 completed interviews conducted March 13-15 among U.S. adults, using a sample selected from YouGov’s opt-in online panel to match the demographics and other characteristics of the adult U.S. population. The poll included a subgroup of 211 white respondents who described themselves as evangelical Christians, the majority of whom identified as Protestants.

HuffPost has teamed up with YouGov to conduct daily opinion polls. You can learn more about this project and take part in YouGov’s nationally representative opinion polling. More details on the polls’ methodology are available here.