President Trump says while he is a leader of law and order and supports safe protesting, he will not tolerate anarchists who use George Floyd’s death as a vehicle to drive their own agendas.

While protests against police brutality continue throughout the U.S. after the death of George Floyd, President Trump announced he is considering the invocation of the Insurrection Act during a public address on Monday. The act would deploy active American soldiers into disorderly cities.

“I am mobilizing all federal and local resources, civilian and military, to protect the rights of law-abiding Americans,” Trump said. "If a city or state refuses to take the actions necessary to defend the life and property of their residents, then I will deploy the United States military and quickly solve the problem for them." 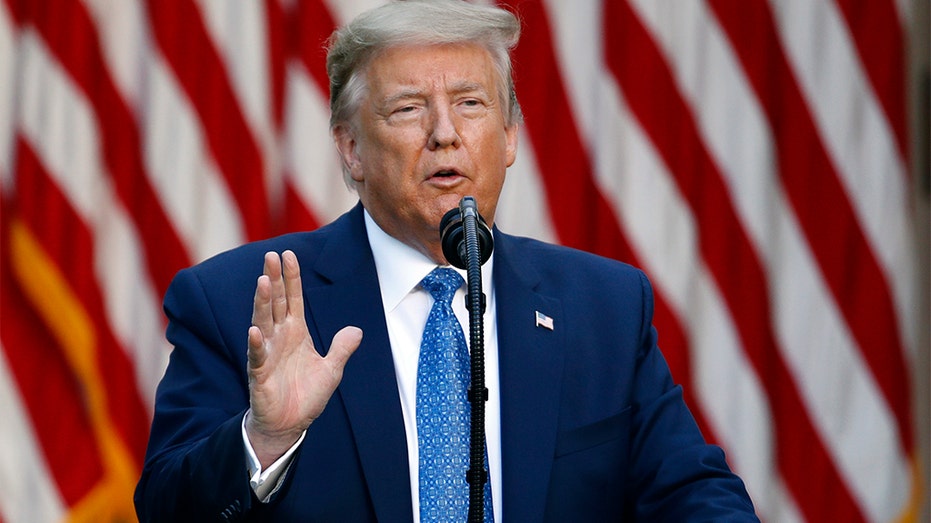 What is the Insurrection Act?

The Insurrection Act, which was enacted in 1807 and signed into law by President Thomas Jefferson, allows the president to use the U.S. military to suppress rebellion within states when the need arises, according to the original document submitted to the Ninth Congress.

“That in all cases of insurrection, or obstruction to the laws, either of the United States, or of any individual state or territory, where it is lawful for the President of the United States to call forth the militia for the purpose of suppressing such insurrection, or of causing the laws to be duly executed, it shall be lawful for him to employ, for the same purposes, such part of the land or naval force of the United States, as shall be judged necessary, having first observed all the pre-requisites of the law in that respect,” the act said as of March 3, 1807.

Since then, the law’s language has been updated to reflect modern legalese and has been amended multiple times. The most recent amendment in 2016 included Guam and the U.S. Virgin Islands, according to the Office of the Law Revision Counsel of the United States House of Representatives

How does the Insurrection Act work?

According to Section 251 of the Insurrection Act, a state can request assistance from the president, who then has the authority to call into service however many federal soldiers the state has requested. The president can also use federal forces to suppress rebellion as needed.

According to Section 253, the president can invoke his act if insurrection, violence or conspiracy are hindering the execution of federal or state laws or depriving citizens of their constitutional rights. The act can be invoked if state authorities are unable or fail or refuse to protect rights, privileges and immunities named in the constitution or secured by law.

According to Section 254, the president must order insurgents to disperse and go home peacefully when acting under this law.

How have past U.S. presidents used the Insurrection Act?

The Insurrection Act has been invoked multiple times throughout U.S. history.

Notable examples include President Dwight D. Eisenhower invoking the Insurrection Act to protect the Little Rock Nine on Sept. 24, 1957 and President Lyndon B. Johnson invoking the law during the 1968 Civil Rights riots that took place in the first week of April throughout Washington, D.C., Baltimore and Chicago.

President George H.W. Bush also used the Insurrection Act to suppress the Los Angeles riots in 1992 that resulted from outrage after the videotaped beating of Rodney King by LAPD officers.