Hundreds of students have traveled back to Liberty University, which refused to shut down for the coronavirus pandemic, sparking public health concerns among local officials in Virginia.

“We are in the midst of a public health crisis,” Tweedy said Tuesday. “I am concerned for the students, faculty and employees at Liberty University, and I am also very concerned for the residents of the Lynchburg community.” 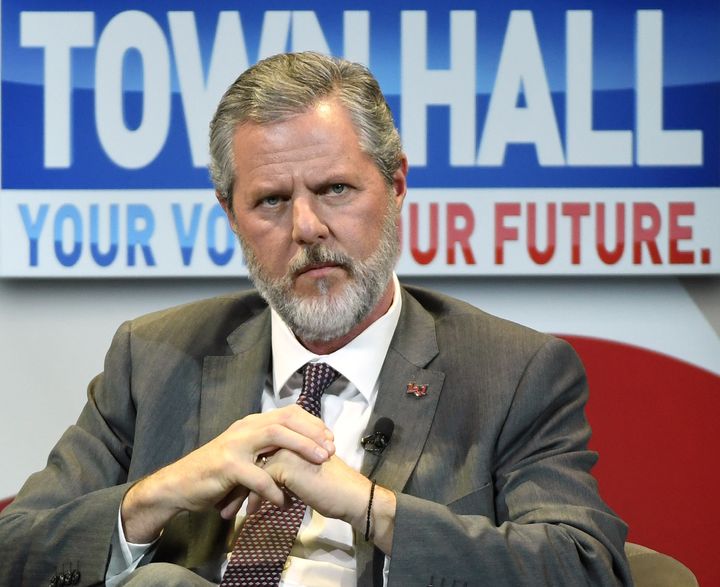 Falwell, a close evangelical Christian ally of President Donald Trump, has been downplaying the seriousness of the coronavirus outbreak and spreading conspiracy theories about its origins.

While neighboring universities have had most students move out of residence halls, Falwell has been adamant about keeping the campus open for students who want to come back and take online courses from their dorms.

Classes resumed this week. As of Tuesday, Liberty University had about 1,900 students back on campus, a university spokesperson told Lynchburg’s News and Advance.

The school has taken several steps to curb large gatherings, limit class sizes, restrict international travel, and make sure students aren’t congregating in places like dining halls. It has also been ramping up cleaning and set up a building to quarantine students who show symptoms of COVID-19, the illness resulting from the new coronavirus.

The Virginia Department of Health visited the campus and did not observe any violations of the state’s restrictions on certain businesses and organizations, ABC-affiliate WSET reported on Tuesday.

Still, Liberty University is essentially open to any students who want to come back and take classes from their dorms. Faculty and staff have been ordered to “report to work as normal.” Those who are concerned about COVID-19 have to use their earned vacation or sick days to take time off.

Falwell himself has apparently been walking through campus to speak to students.

“They were talking about being glad to be back. I was joking about how they pretty much had the whole place to themselves and told all of them to enjoy it,” he told ABC-13.

Some Liberty University students reported that social distancing measures the school has tried to enact aren’t being strictly followed on campus.

Liberty University professor Marybeth Davis Baggett criticized Falwell on Sunday for flouting the dangers of the virus and endangering the Lynchburg community. She said she’s been in touch with university employees who are distressed about the school’s approach to the virus but are afraid that speaking up would put their careers at risk.

“Many students, faculty and staff have health conditions that would make COVID-19 difficult to fight. And of course, Liberty is not a bubble where the virus would be contained. Instead, its population comes into regular contact with those in the Lynchburg community, putting their health and lives at risk as well,” Baggett wrote in an op-ed for Religion News Service.

Lynchburg doesn’t have any confirmed cases of COVID-19, The Associated Press reports. There are nearly 300 confirmed cases in Virginia and there have been seven deaths, according to the state health department.