Virgin Australia’s losses blew out almost $400 million in 2022, even though things improved at the end of the financial year as the aviation sector began to benefit from record demand for travel.

The carrier’s underlying loss increased more than fivefold to $386.7 million in the year to June 30, from $76.8 million in the previous year, financial results lodged with the Australian Securities and Investments Commission on Wednesday show.

Revenue increased by 45 per cent to $2.2 million, largely due to the boost in travel towards the end of the financial year, but failed to mitigate the company’s soaring expenses on fuel and staff which led to a statutory loss of $565.5 million. 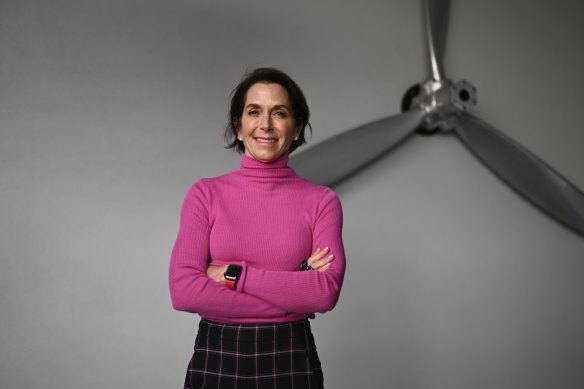 It’s a jarring fall from Virgin’s $3.7 billion statutory profit in the previous year, although those results were buoyed by its sale to US private equity giant Bain Capital in November 2020, which cleared away $4.4 billion in claims owed to Virgin creditors.

Virgin credited the resurgent demand for travel, the reopening of domestic and international borders, high vaccination rates and Australia’s new attitude towards “living with” COVID-19 for its marked fourth-quarter improvement. But its directors did admit the company’s operational performance had not kept pace with the rapid rebound in domestic travel.

Virgin’s domestic cancellation rate was 7.7 per cent in July and just half of its flights arrived or departed on time, according to BITRE data. But the company says its internal metrics show marked improvement since then, with a completion rate of nearly 98 per cent for August and an on-time departure and arrival rate trending at 70 per cent.

“Our workforce has grown to more than 7,000 strong and since the July school holidays, we have employed over 500 people in key operational roles as well as making rostering adjustments which will support the busy period,” a Virgin spokesperson said, explaining that the company had hired more pilots, cabin crew and baggage handlers to meet demand.

Rival carriers Qantas and Rex also finished in the red in the 12 months to June 30, with a full-year loss of $1.86 billion and $68 million, respectively.

Since re-launching in November 2020, Virgin has grown its 737 fleet by more than 50 per cent from 55 aircraft to 88, with 77 in operation before the end of the financial year. The directors report stated Virgin’s growth strategy remained focused on obtaining a 33 per cent share of the domestic travel market and flagged the airline may consider adding long-haul international travel at some point in the future.

The group also committed to a net-zero emissions target by 2050 in the financial year.