Virgin Australia has slashed more flights in response to falling demand for travel due to the spread of coronavirus.

Australia's second-largest airline will cut overall capacity by 7.7 per cent over the rest of the year, with international flights hit the hardest. 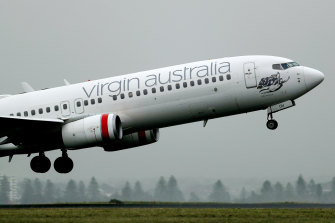 From May, the Sydney-Los Angeles service will fly five times a week instead of daily, while trans-Tasman flights will be cut by 6 per cent.

Domestic flights within Australia will be cut by 5 per cent, with cancellations mostly confined to routes with high frequencies such as Sydney-Melbourne.

Flights from Auckland to Tonga and Auckland to the Cook Islands will cease on May 1 and July 21 respectively.

In a bid to lower costs, Virgin is lobbying the federal government to lower fees at major airports.

After earlier estimating the coronavirus outbreak would slash earnings by up to $75 million by June 30, the airline has suspended its earnings guidance due to the uncertain and "evolving" situation.

Virgin staff are being asked to use paid and unpaid leave with working hours reduced for other workers, while management bonuses have been axed and director fees cut by 15 per cent.

Passengers with international bookings up to June 30 can make changes to their flight date and destination without paying fees.

On Tuesday, Qantas slashed almost a quarter of its international capacity as the health crisis eats into airline profits around the world. Meanwhile a respected aviation expert has warned the US ban on travellers from Europe could sink some airlines.