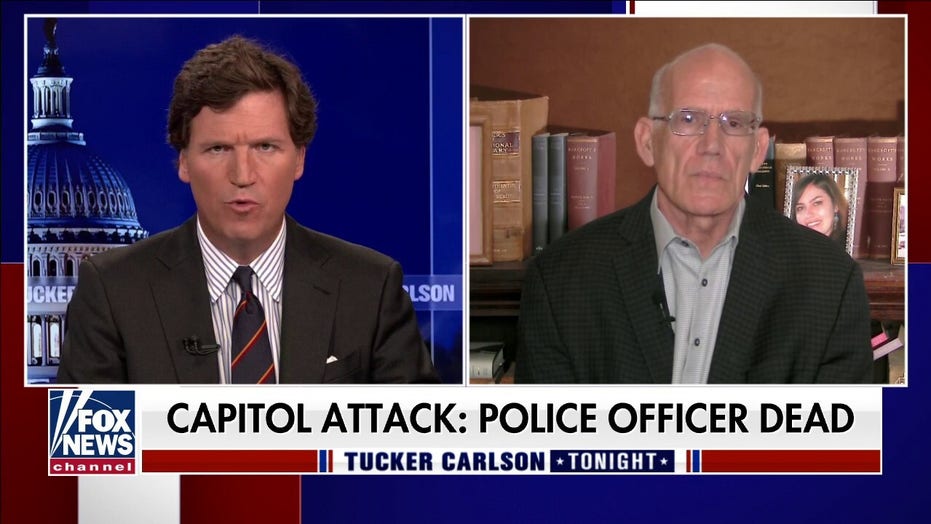 Hoover Institution senior fellow Victor Davis Hanson joined “Tucker Carlson Tonight” Friday to discuss the media coverage of the Capitol police officer killed after a car rammed into a barricade outside the Senate.

HANSON: I think the left in general and the Democratic Party in particular, they don’t have a concept of the news, there are just opportunities to advance agendas and right now that agenda seems to be racialism and socialism. So when they look at — sometimes they have to inflate the story — a Jussie Smollet, a Covington kids, a Duke lacrosse, they create out of whole cloth.

So the first six stories I looked at, there was no description of the shooter at all or the suspect, but January 6th saturated all the stories as if this was some Trump supporter who was still wandering around Washington and broke through the fence and necessary barbed wire and shot the Capitol. Then only later did I see he was an unhinged, probably racialist supporter of Louis Farrakhan.