Hong Kong (CNN Business)Huawei says it is in survival mode as continuous “attacks” from the United States threaten to choke off the Chinese company’s access to key technology.

“Huawei is in a difficult situation these days. Nonstop aggression from the US government has put us under significant pressure,” the company’s rotating chief executive Guo Ping said at a conference on Wednesday.
“Right now, survival is the goal,” he said.

Washington has ramped up pressure on Huawei, issuing fresh sanctions in May and August that further restrict the company’s access to the leading edge computer chips it needs to manufacture smartphones, 5G networking gear and other products. 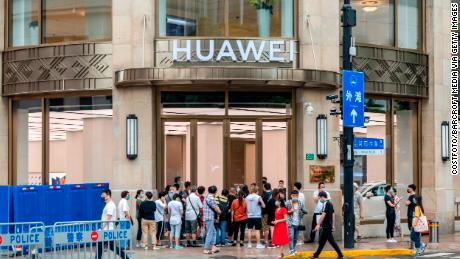 Semiconductor companies that use American software and technology to design and manufacture chips can no longer sell to Huawei without first obtaining a license from the US Commerce Department. US regulators say Huawei poses a national security risk, alleging that the Chinese government could use Huawei equipment to spy. The company has repeatedly denied those allegations.

Analysts have called the latest US sanctions a “lethal blow” and a “death sentence” for the company.
“The United States has been continuously attacking us and [the latest restriction] has posed great challenges to our operations,” Guo told reporters.
Several analysts estimate that Huawei has stockpiled enough semiconductors to last the company through at least the end of the year. But when asked how long supplies will last at a press conference on Wednesday, Guo said “we’re still evaluating more details.”
He added that Huawei buys hundreds of millions of chipsets for its smartphone business every year, and that the company received its last shipment of chips in mid-September, when the US restrictions announced in May went into effect. 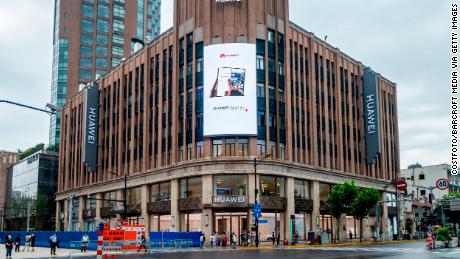 Major chipmakers such as Qualcomm (QCOM) and SK Hynix applied for licenses to sell to Huawei, according to Chinese state broadcaster CGTN. China’s biggest chipmaker, SMIC, said in a statement that it has also “submitted license applications covering several Huawei products,” without going into detail.
Some companies have gotten the green light, including Intel (INTC). A spokesman for the US company confirmed that it had received a license from US authorities to continue supplying Huawei, but did not specify what products it could sell. Intel has in the past supplied processors for Huawei laptops.
AMD (AMD) may also have obtained licenses to sell to Huawei.
Forrest Norrod, senior vice president of AMD, said at a conference last week that “based on the licenses that we’ve been able to secure, we don’t expect to see a significant impact on our business at this time” because of recent US-China trade tensions.
Norrod did not specifically mention Huawei, but Jefferies analyst Edison Lee has pointed out that the California-based chip company supplies Huawei with computer processing units for laptops.
AMD obtaining a license “is logical to us, since Huawei’s ability to produce notebook computers should not create a national security risk to the United States,” Lee wrote in a note on Sunday.
Huawei’s telecommunications gear is another matter. The Trump administration has been urging countries around the world to ban Huawei equipment from their 5G telecom networks.
Several key countries for months resisted cutting off Huawei entirely. But that changed after US restrictions announced in May, barring chip companies from manufacturing chips designed by Huawei affiliate HiSilicon.
The United Kingdom in July banned Huawei from its 5G network, reversing a January decision to allow it a limited role in the build out. UK officials cited uncertainty surrounding Huawei’s supply chain as the reason for the rapid about-face.
Since then, things have only gotten worse for Huawei. The company is facing the likelihood of “a near-total cutoff of semiconductors … dealing a lethal blow to China’s most important global technology company,” Paul Triolo, head of geo technology at Eurasia Group, wrote in a research note last month. 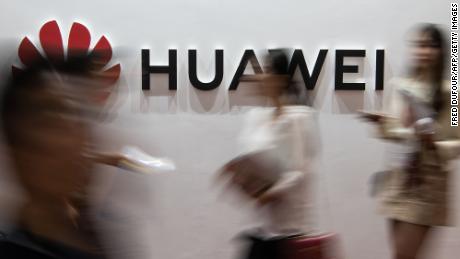 The US restrictions issued in August are intended to expand the number of chip companies required to apply for licenses to supply to Huawei, “with a presumption of denial,” he wrote.
SK Hynix’s application has already been rejected, according to a Reuters report citing a person familiar with the situation. SK Hynix declined to comment.
Huawei indicated on Wednesday that Qualcomm is still awaiting a decision.
“Qualcomm has always been an important partner of Huawei,” Guo told reporters. “If they get the license, we’re willing to procure from them and use their chipsets in our smartphones.”

Qualcomm and AMD did not immediately respond to a request for comment outside of regular working hours.
TSMC (TSM), the world’s largest contract chip manufacturer, confirmed in July that it would end its relationship with Huawei this month in order to comply with the US regulations.
Source: Read Full Article