London (CNN Business)Prime Minister Boris Johnson’s government can typically find a safe space in the digital and print editions of many of the most popular British newspapers.

But some of the UK government’s biggest cheerleaders are now tearing into it over its response to the coronavirus pandemic, slamming confusing and conflicting messaging from senior members of Johnson’s cabinet.
In the crosshairs: The government’s daily press conferences and the lack of a clearly articulated plan for boosting coronavirus testing capabilities. Only 2,000 frontline health care workers have so far been tested.

While the daily Downing Street briefings were initially conducted with reporters in person, they’ve been held virtually for more than a week because of strict social-distancing rules. Reporters have to take part via video chat, making it harder for them to interrupt or challenge government ministers with followup questions. 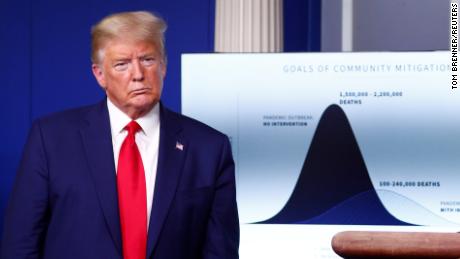 Most striking is ferocious criticism from The Telegraph, a supporter of the Conservative Party, Johnson’s former employer and the one newspaper he could normally rely on to boost his government no matter the situation.

Telegraph political columnist Michael Deacon has turned his fire on the ministers now routinely handling the press conferences since Johnson was forced into self isolation last Friday after he tested positive for coronavirus. Deacon’s column on Wednesday called the briefings “pathetic” and “a complete waste of time.”
“People need clarity and candor. This evening, all they got was 24 minutes of the most pitiful, dispiriting waffle,” he wrote of the most recent press conference, lead by Business Secretary Alok Sharma.
The front page of Thursday’s Telegraph was no kinder. Under a banner headline “Questions without answers” atop of a photo of Sharma, the Telegraph excoriated the government for being “unable to answer basic questions” about increasing testing capabilities.
Citing former health ministers and medical experts calling the government’s handling “ridiculous,” the paper said the government was releasing scant details on a five-point plan to tackle the testing crisis.
Andrew Neil, chairman of the Spectator, another Conservative-leaning publication, called the press conference on Wednesday “particularly uninformative,” with “far too much waffle and obfuscation.” 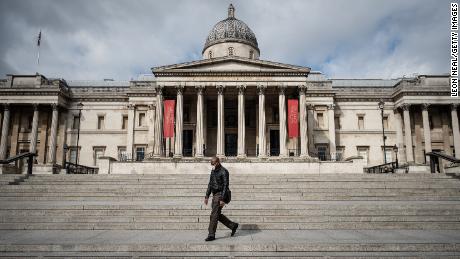 The Daily Mail, also a Conservative-booster, lambasted the government in its own blaring cover story, saying “Mail demands ministers FIX TESTING FIASCO NOW.”
“By a country mile, the greatest misstep of this government in cracking the virus has been the shambles over mass testing,” the paper’s editorial board wrote. “Mr. Johnson says he is exasperated by the slow progress. Welcome to how the rest of the nation feels!”
Opposition party officials have even taken to citing the Mail, not a typical ally, in a clear sign the government’s communication strategy is failing.

Shami Chakrabarti, Labour’s top spokesperson on legal affairs, called for the government to be more transparent and clear in its communications.
“What the Daily Mail is now calling the testing scandal or shambles is an example of a lack of both clarity of what the plan is and how it is going to be executed,” she told BBC radio.
Source: Read Full Article