FOX Business’ Stuart Varney on the purpose of coronavirus lockdown protests in America.

Twitter on Wednesday expanded its coronavirus safety guidance regarding what qualifies as "unverified claims" to include posts that "could lead to widespread panic, social unrest or large-scale disorder."

The update builds upon March 27 guidance from Twitter saying it will "require people to remove tweets" that contain certain "unverified claims" as social media platforms crack down on coronavirus misinformation being spread online during the pandemic.

Facebook and Eventbrite recently started removing events that encourage people to defy COVID-19 social distancing regulations as protests against shelter-in-place orders pop up across the country.

"We have broadened our guidance on unverified claims that incite people to engage in harmful activity, could lead to the destruction or damage of critical 5G infrastructure, or could lead to widespread panic, social unrest or large-scale disorder," Twitter said in a Wednesday tweet.

Twitter's mention of 5G, or fifth-generation, wireless infrastructure is in reference to a conspiracy theory that spread across the internet in recent weeks linking the COVID-19 to 5G infrastructure that has led some people in the U.K. to burn cell towers.

A tweet mentioning such a conspiracy theory is an example of something Twitter would remove under its new guidelines.

Twitter gave other examples of tweets that would be removed under its new policies, including: "'The National Guard just announced that no more shipments of food will be arriving for two months — run to the grocery store ASAP and buy everything' or '5G causes coronavirus — go destroy the cell towers in your neighborhood!'"

The social media site has removed more than 2,230 tweets "containing misleading and potentially harmful content" since March 18, when it first updated its safety policies regarding COVID-19 information, Twitter said in another Wednesday tweet.

Fake information on social media has been deadly. Last month, Iranian media reported more than 300 people had died and 1,000 were sickened in the country after ingesting methanol, a toxic alcohol rumored to be a remedy on social media.

Facebook has made even stricter updates to its platform. Starting as early as January, the company's third-party fact-check team has been working with global health professionals to review and debunk false claims about the virus.

In March, Facebook announced that it would also start removing "content with false claims or conspiracy theories that have been flagged by leading global health organizations and local health authorities that could cause harm to people who believe them," according to a regularly updated COVID-19 blog post.

The company is also letting users know when they have "liked" coronavirus hoaxes posted to the platform of more than 2 billion users. Facebook says it has removed "hundreds of thousands" of posts containing potentially harmful COVID-19 misinformation. 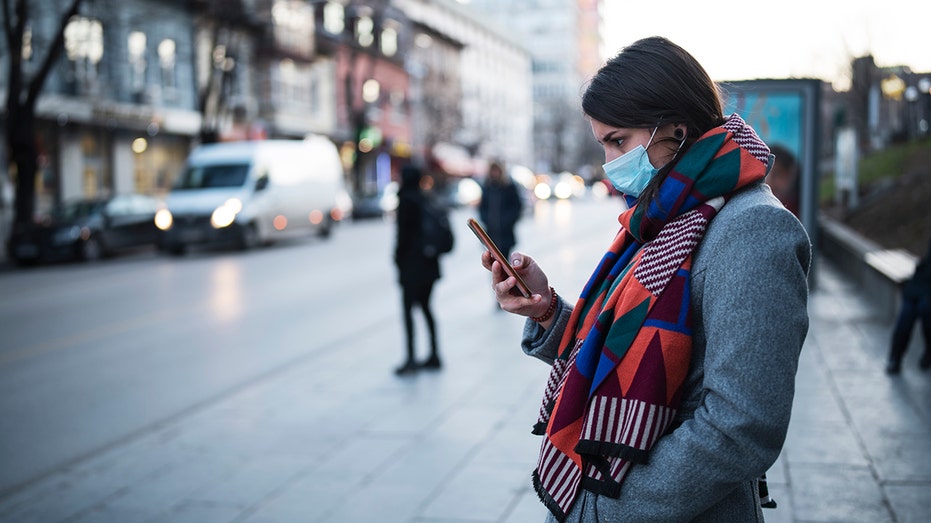 Side view of young woman with face protective mask on the street. / iStock

Social media and tech giants have played a huge role in providing information to and from people and government organizations, but some experts and activists say it's going too far.

More than 100 human rights groups issued a letter in early April saying that while technology and social media play an important role in connecting people with accurate information, if governments do not oversee the means by which tech companies gather data, privacy rights issues could arise.

"Technology can and should play an important role during this effort to save lives, such as to spread public health messages and increase access to health care. However, an increase in state digital surveillance powers, such as obtaining access to mobile phone location data, threatens privacy, freedom of expression and freedom of association, in ways that could violate rights and degrade trust in public authorities," the groups wrote.

They added that "such measures also pose a risk of discrimination and may disproportionately harm already marginalized communities."