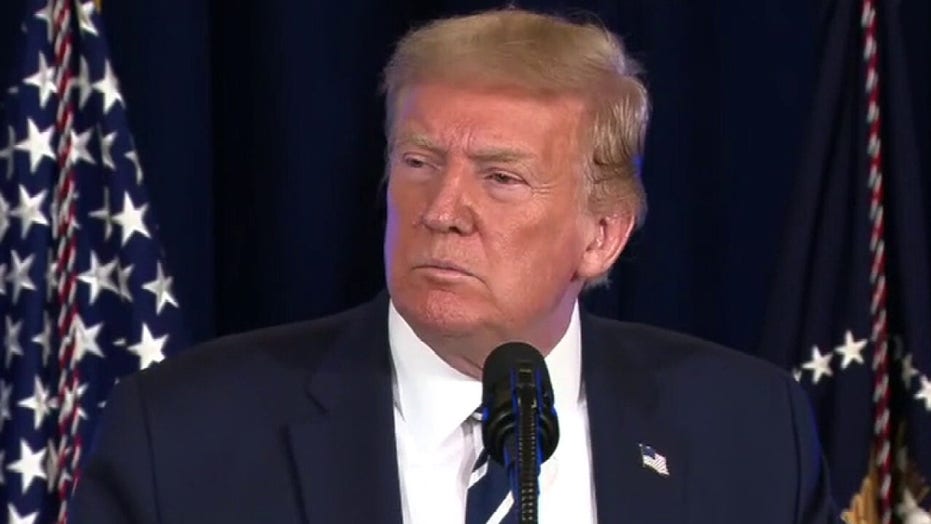 Trump refers to his press conference attendees as a ‘peaceful protest’

President Trump dismissed claims Friday evening that members of his New Jersey golf club who attended his press conference were not abiding by state coronavirus guidelines.

"We lost 6,000 Americans this week," Olorunnipa told the president. "And just in this room, you have dozens of people who are not following the guidelines in New Jersey, that say you should not have more than-"

That sparked laughs and cheers among the club members. Critics of nationwide lockdowns and stay-at-home orders have accused elected officials of hypocrisy for allowing large protests to take place over the past several weeks. 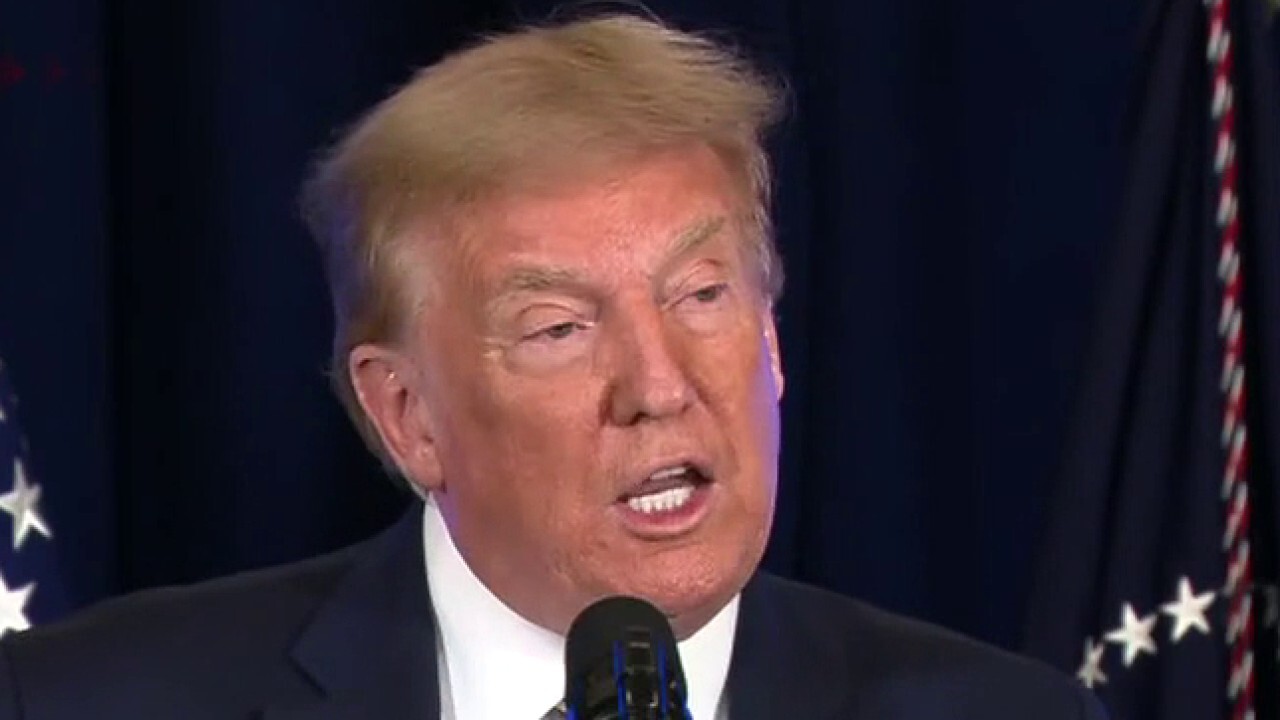 After another round of cheers, Trump continued to slam the press, singling out a reporter who had asked him about Russia's purported efforts to "denigrate" presumptive Democratic nominee Joe Biden without noting China and Iran's hopes for a Biden win.

"If the press in this country was honest, if it wasn't corrupt, if it wasn't fake, our country would be so much further ahead," the president said. "But we're doing really great,"

The president then ended the news conference.