President Donald Trump is rejecting calls to put a single military commander in charge of medical supplies for the COVID-19 pandemic.

He says that his administration has the supply situation under control and that appointing a new “czar” makes no sense when he’s already got several military commanders working on the federal response.

But the calls for a czar, a single authority, are coming from a lot of people, including Democratic elected officials and advocates for frontline medical workers. They say the supply situation remains a crisis, especially when it comes to the widespread shortages of protective gear.

And although critics have high regard for the military commanders working with Trump, they say the multitude of advisers (including civilians) and their overlapping portfolios mean no single person has control over both the production and distribution of critical equipment. 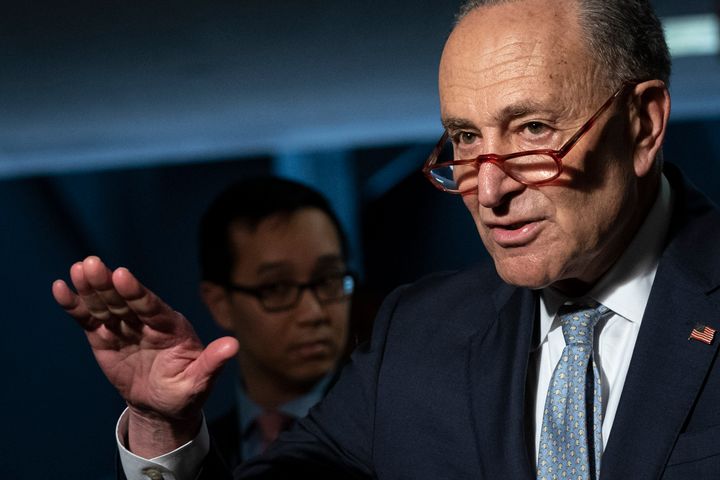 One Democratic official, Senator Minority Leader Chuck Schumer (D-N.Y.), has become so frustrated with the lack of response that on Monday he proposed three possible czars, all military commanders with experience in logistics.

“This is a massive undertaking, and the country needs an undisputed person who is organizing all facets of it ― someone with experience, someone with strength, someone who will have the full authority of the president behind them,” Schumer said during a call with reporters on Monday. “The best place to find somebody like this is in the military.”

But at the now-daily White House coronavirus briefing, Trump dismissed Schumer’s suggestion as a political stunt.

“When Schumer makes a statement like that, he’s only doing it for politics,” Trump said. “We have the best generals, the best admirals, we have the best people. These are incredible leaders.”

Why The Mask Shortage Is So Dangerous

The idea of appointing a czar to oversee medical supply chain issues has been kicking around for weeks. But it’s gained new urgency in the last few days as hospital workers across the country, facing onslaughts of COVID-19 patients, have struggled to find protective gear.

Among the clearest and most urgent issues is a shortage of the heavy-duty N95 masks that block most transmission of the novel coronavirus. Instead of replacing such masks after every patient encounter, health care workers are wearing the same mask over and over again, sometimes for days at a time.

They are doing what they can to sanitize the masks between uses. But cleaning with chemical wipes doesn’t always work, while provisional methods, like heat and chemical treatments, are still undergoing tests.

That puts both providers and patients at risk, making it that much harder to stop the pandemic’s spread.

Individual hospitals and state officials have been scrambling to acquire new masks, but they have struggled mightily, sometimes bidding against each other and sometimes scrounging for masks on the black market.

New York officials have paid as much as 15 times the normal price for masks, according to a recent ProPublica investigation.

And at one point late last week, Rep. Elissa Slotkin (D-Mich.) was on the phone with a buyer in China who was waiting in a line outside a factory to purchase an order of masks directly. She had found him through “the owner of a Michigan-based sex toy company who knew a guy who knew a guy,” as a recent article in The Washington Post put it.

How The Trump Administration Has Responded

The shortages aren’t a surprise ― or, at least, they shouldn’t be.

Warnings about shortages were circulating in Washington as early as January, according to media accounts in Politico and the Post, among other news outlets. But Trump spent most of the next few weeks downplaying the threats of the pandemic and did not declare a national emergency until the middle of March, by which point shortages were already hampering medical responses in Seattle, the first U.S. city where confirmed COVID-19 cases spiked.

That emergency declaration put in motion a series of crisis responses, and one consequence was that Rear Adm. John Polowczyk, who oversees logistics for the Joint Chiefs of Staff, began working with the Federal Emergency Management Agency on supply issues. 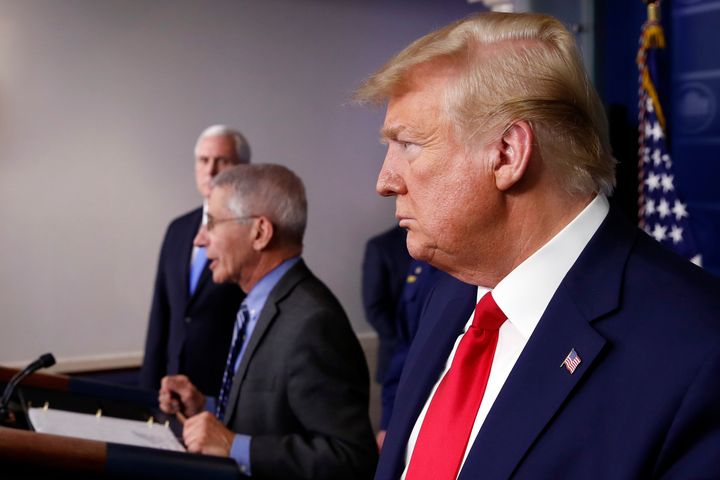 “He is working 24 hours a day, and is highly respected by everyone,” Trump said in a letter to Schumer last week, after the New York senator first began lobbying publicly for a czar. “If you remember, my team gave you this information, but for public relations purposes, you choose to ignore it.”

Trump has also signed orders invoking the Defense Production Act, a 1950s law that gives the government wartime powers over manufacturing, targeting companies including General Motors (which has offered to help manufacture ventilators) and 3M (which manufactures N95 masks).

But he has deployed the Defense Production Act far less often than critics would like. And while the threat of action against 3M may get it to exert pressure on third-party distributors, in order to prevent price gouging, it’s not clear what the order against GM accomplished.

The automaker, which has never made ventilators, had already volunteered to partner with an existing manufacturer when Trump started lashing out at the company on Twitter and from the White House briefing room.

“It felt like we were getting punched in the gut,” one GM employee told Time. “We did everything in our power to transition from building Tahoes to building ventilators without any guarantee of a federal contract.”

As for Polowczyk, he’s got exactly the right background, including an engineering degree from the U.S. Naval Academy, and he gets high marks from those who have worked with him. But he is also just one voice at the table.

Vice President Mike Pence is supposed to be in charge of the disaster response, overseeing other agencies and reporting directly to Trump, but presidential adviser and son-in-law Jared Kushner has his own team that sometimes works on supplies and logistics.

“I don’t know [Polowczyk], and I don’t know his capability, but I know one thing,” Schumer said Monday. “He’s not in charge of manufacturing supply line and distribution. There are multiple people at the White House who seem to be doing that job.”

Why Some Think A Czar Could Help

The fuzzy lines of authority do more than create confusion, experts say. They also create the possibility of political influence over supply decisions ― a possibility that seems especially real given Trump’s comments last month that his relationship with governors is a “two-way street” and that “they have to treat us well.”

Appointing a czar “would make decisions about the allocation and distribution of equipment apolitical,” said Katrina Mulligan, who was director for preparedness and response in the Justice Department’s National Security Division from 2017 to 2018 and is now at the Center for American Progress, a liberal think tank in Washington.

“We believe the Defense Logistics Agency ― not White House staffers ― is best equipped to take control of critical supplies and move them where they’re needed most,” said Joe Morris, an organizer at the Metro Industrial Areas Foundation (IAF), a network of religious and labor organizations that has been raising alarms about shortages of protective gear. “That effort needs serious coordination with state and local leadership, without political interference.”

Of course, putting a single person in charge can’t make up for lost time. Nor can it solve underlying problems, like a federal stockpile that never had the supplies it needed, that have played a big role in the shortages.

But some clarity on authority and accountability might make for a more organized response going forward. And there are still vast swaths of America bracing for the worst of the coronavirus outbreak to hit.