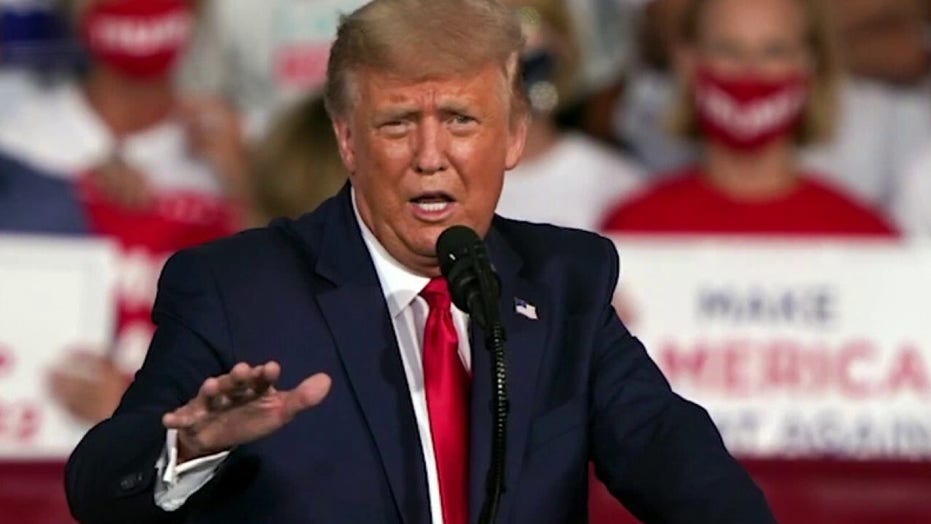 President Trump: Never has there been a clearer choice between parties

EXCLUSIVE: The Trump campaign is set to release a mid-eight-figure ad buy Tuesday touting the economy during President Trump's first term after a recent emphasis on "law and order" messaging, saying the economy is the "defining issue" of the 2020 presidential race, Fox News has learned.

A senior Trump campaign official told Fox News that the buy, worth more than $10 million, is an increase to the campaign's existing television ad buy by more than 50%.

The official told Fox News that the new round of ads will include one national cable buy, as well as local broadcast buys in eight key early voting states, adding a new ad presence in Arizona and Pennsylvania, while continuing ads in North Carolina, Florida, Georgia, Michigan, Minnesota and Wisconsin. The buy also includes the second congressional district in Nebraska, and the second congressional district in Maine, according to the official.

"This week’s advertising continues our strategic plan to follow the dates on the calendar, the states that are voting early, the data that always guides our decision-making and our pathway to 270," Trump campaign manager Bill Stepien told Fox News.

But the content of the new ads will shift from the message of recent ad buys – painting the president as the “law and order” candidate – and resume its pitch of a strong economy under Trump.

“We believe the economy, and who is best to handle the economy, is going to be the defining issue in this race,” the official said. “Voters know that President Trump built the world’s best economy once, and he’s already doing it a second time.”

The official added: “It’s going to be a defining issue, and will win the race.”

The campaign touted the president’s efforts in terms of job creation, saying that the Trump administration has seen 10.6 million jobs created in the last four months — which followed historic job losses amid the coronavirus pandemic — while billing it as “the single greatest period of job creation in the history of this country.”

“When you look at just August, which was 1.4 million jobs, that is 2.5 times the number of jobs created in the entirety of the eight years that Joe Biden was vice president,” the official said. “And so people want to vote for a president who will reopen the economy and knows what he’s doing.”

Still, the campaign is not abandoning their law and order messaging, as the president during an event over the weekend again highlighted his tough-on-crime stance, and slammed Democratic rival Joe Biden as being weak.

“He’s not strong for law and order and everybody knows that,” Trump said Sunday. 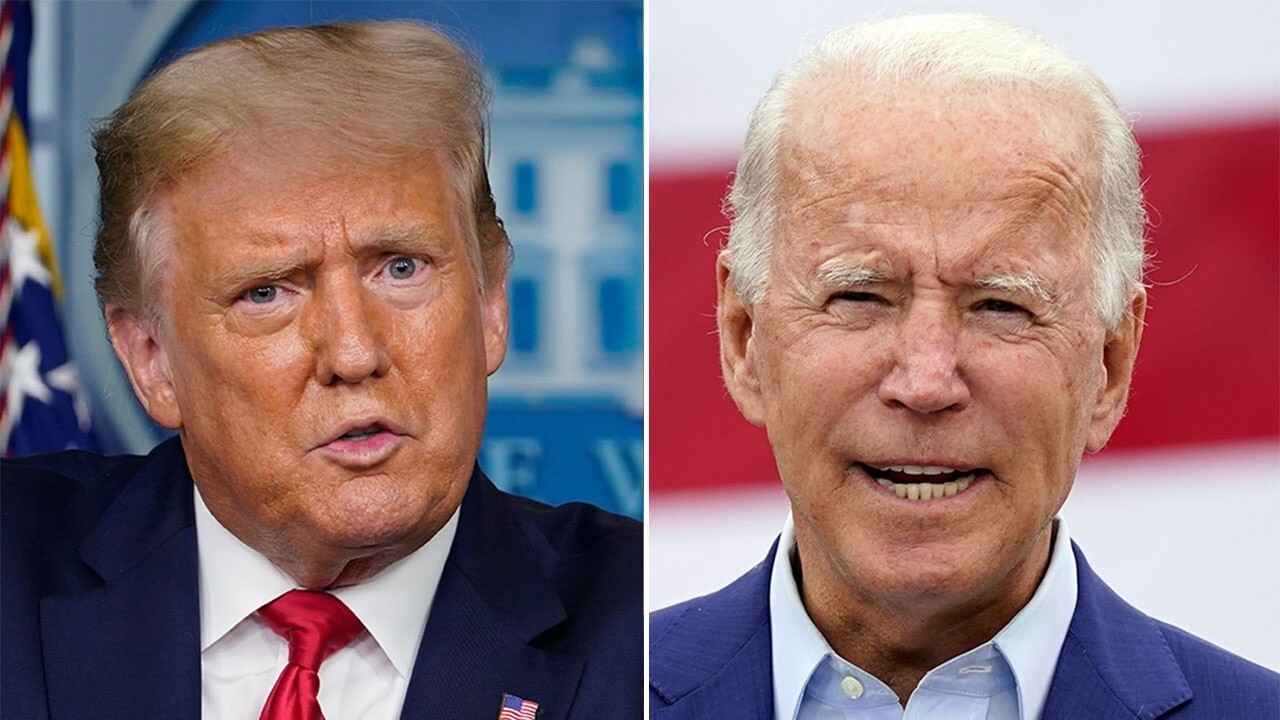 The shift from the campaign comes as priorities for voters become more clear.

“It was a state that was not contested in 2016, but that the president is playing hard to win now,” the official said, saying it underscores an “expansion of the electoral map.”

As for the campaign’s efforts in Florida, the official told Fox News that the state was “obviously very important in 2016,” and “will be key again.”

Shifting back to the economy, the official said that in a state like Florida, there “are a number of things working in the president’s favor,” and the economic message resonates in the state like it would anywhere else.

Fox News has learned that part of the more than $10 million ad buy are Hispanic ads, which will appear on television in Miami, Tampa and Orlando, as well as in areas across Arizona.