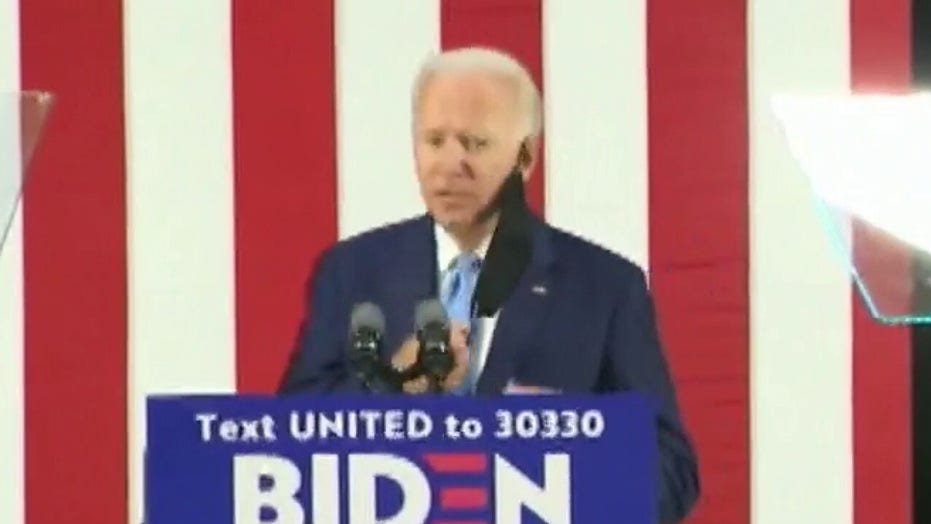 President Trump's campaign is touting voter-registration gains in three key 2020 battleground states that will have a big impact in determining whether Trump or Joe Biden wins the White House come November.

The uptick in overall GOP voter registration in Florida, North Carolina and Pennsylvania spells trouble for Biden and reflects enthusiasm for another four years for Trump, the campaign told Fox News Tuesday.

“Joe Biden and the Democrat Party have a real voter-registration problem," said Nick Trainer, Trump 2020 director of battleground strategies. "Under President Trump’s leadership, more voters are registering as Republican across the country. Team Trump and the RNC [Republican National Committee] have been on the ground in key battleground states since 2016, closing voter registration gaps."

But Democrats say the numbers are still on their side in all three battleground states and point to strong advantages in Florida, North Carolina and Pennslyvania for their voters to request mail-in or absentee ballots. 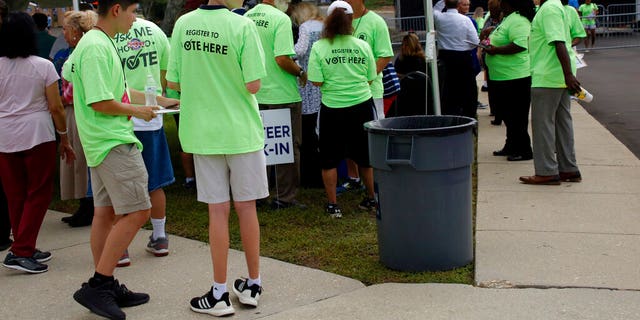 "Across the battlegrounds, the Biden-DNC [Democratic National Committee] coordinated campaign is crushing Republicans in key field metrics like vote-by-mail requests, registration and [primary] turnout — and we're going to keep our foot on the gas so we ensure Trump is a one-term president," said David Bergstein, Democratic National Committee director of battleground state communications.

In Pennsylvania, a state that former President Barack Obama and then-Vice President Biden won twice before Trump flipped it red in 2016, Republican registration has outpaced Democrat registration in the last eight months. Democrats have added 41,200 voters, while Republicans have added nearly 72,000 since November 2019, state records show.

"As the registration trends show, enthusiasm for President Trump and his America First agenda remain unmatched, the kind of enthusiasm Joe Biden will never have,"  the Trump campaign's Trainer added. "Voters are primed and ready to cast their ballots this November to reelect the President.”

In North Carolina, Democrats have 330,000 fewer registered voters now than in 2008, the last time a Democrat won the state. From the time Obama won the state 12 years ago and Aug. 1, 2020, GOP registration has ticked up more than 104,000 voters, North Carolina records show.

In Florida, the mega battleground state Trump now considers his home, the Republicans have closed the voter registration gap with Democrats to about 250,000. That's down from 337,000 in 2016 when Trump won the Sunshine State and the presidency. Democrats, however, say their voters are more mobilized, pointing to a 500,000 vote-by-mail enrollment advantage.

Trump campaign officials say the polling in these key battleground states is not reflective of the new voter registration numbers. They also believe they hold key advantages over Biden: voter enthusiasm, state-of-the-art voter data and the necessary staff on the ground to ensure Republicans are mobilized to cast their votes — whether through the mail, early voting or in-person on Election Day.

Trump Victory, a combined field effort between the Republican National Committee and the Trump campaign, has nationwide more than 1,500 staff, over 1.8 million volunteers activated and has now made more than 70 million volunteer voter contacts – that’s double what happened in 2016, the campaign told Fox News.