CLEVELAND – President Trump and Democratic presidential nominee Joe Biden have checked out the stage ahead of Tuesday night’s presidential debate.

The president, and later Biden, separately completed walkthroughs inside the Sheila and Eric Samson Pavilion at the Cleveland Clinic and Case Western Reserve University in Cleveland, Ohio, site of the debate, which is the first of three between the former vice president and Trump. 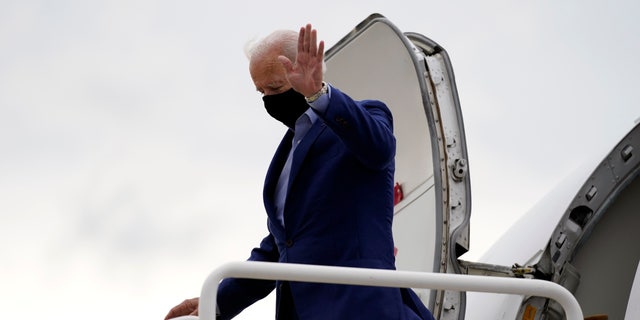 The Commission on Presidential Debates (CPD) says that due to health guidance amid the coronavirus pandemic, there will be no handshake between the candidates or the moderator, "Fox News Sunday" anchor Chris Wallace.

The bipartisan commission, which has been organizing and producing presidential debates for over three decades, also announced that once onstage, the two candidates will not be wearing masks. Both Biden and Trump will be standing, with Wallace seated at a desk facing the two candidates. 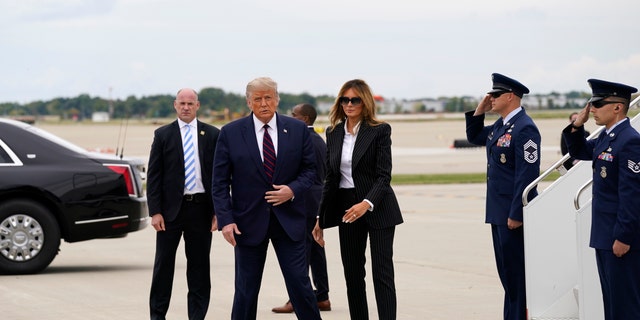 There will be a small number of ticketed guests inside the debate hall, along with debate officials, crews and TV network anchors, including Fox News. The commission emphasized that “everyone in the debate hall will be subject to a variety of health safety protocols, including COVID testing."

The president tweeted after landing in Cleveland that he had “just arrived in the Great State of Ohio. Real Polls have us leading by even more than 2016. With Biden being against Fracking (Energy & Jobs) & your Second Amendment, we should be in very good shape!”