The comments by Navdeep Bains come on the heels of a push by a group of U.S. senators seeking to remove a preferred investment status for countries that allow for the installation of Huawei Technologies Co. equipment in their 5G networks. The Trump administration is pushing allies for an outright ban.

“We will make sure that we proceed in a manner that’s in our national interest,” Bains told the Canadian Broadcasting Corp. on Thursday evening. “We won’t get bullied by any other jurisdictions.”

Canada is the last member of the so-called Five Eyes network of English-speaking nations that share intelligence to make a call on Huawei. Australia and New Zealand followed the U.S. lead in banning it, but Boris Johnson’s government opted for a mixed approach in the U.K., allowing the Chinese company access to non-sensitive parts of its wireless network. 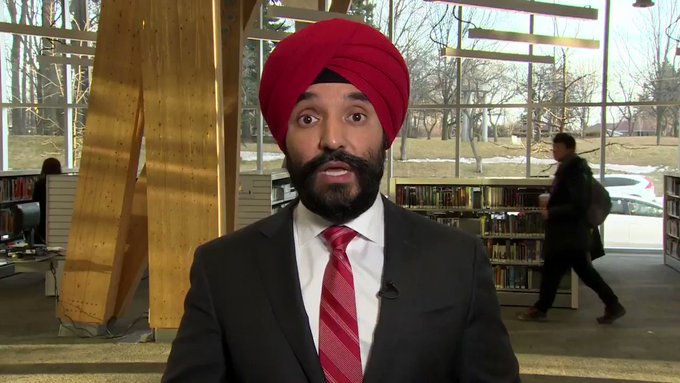 The British decision disappointed the White House and resulted in an angry phone call from President Donald Trump. Trudeau’s government says it’s studying the U.K. approach, but is also factoring in its bitter feud with China over Canada’s 2018 arrest of Huawei’s chief financial officer on an American extradition request.

Asked if he was referring to the U.S. specifically, Bains dialed down his rhetoric. “Maybe that wasn’t the right choice of words but we won’t be influenced by other jurisdictions,” he said.

“Countries have raised their concerns. We’re engaged with our Five Eyes partners. We know that this is a very important issue,” he said. “But we will make a decision that makes sense for Canadians and protects Canadians.”