A HELL planet 390 light years from Earth is so hot it has rain made of iron pellets, scientists have discovered.

The scorching world Wasp-76b has 10,000mph winds and temperatures reach over 2,000C at its surface – hot enough to vaporise you in seconds. 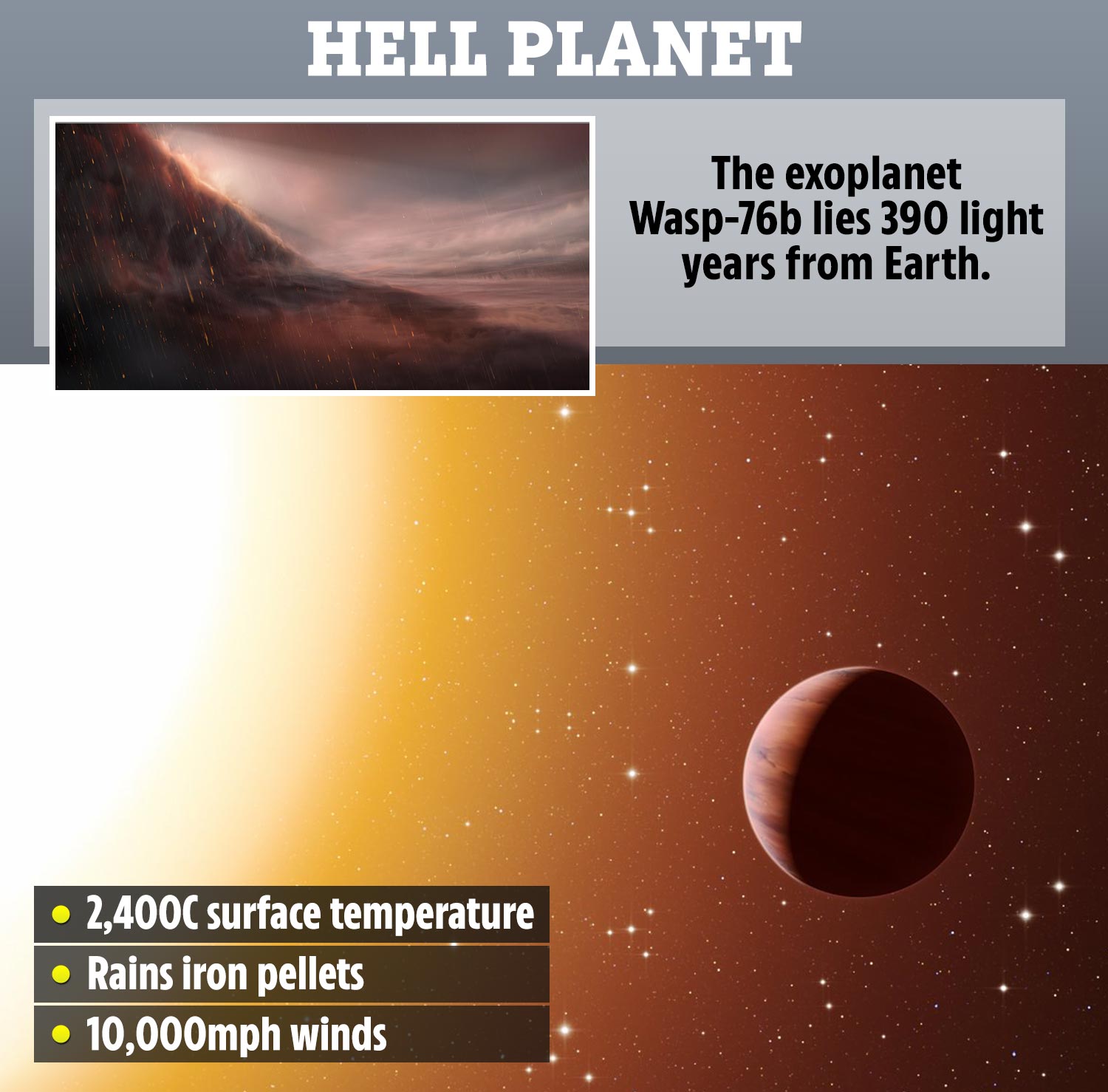 Its clouds continuously rain molten iron, according to experts in Swirzerland, who found the planet.

Researchers have identified an iron absorption line on the ultra-hot exoplanet, a world outside our solar system.

Published in the Nature journal, the findings suggest it could rain iron on the nightside of the planet. 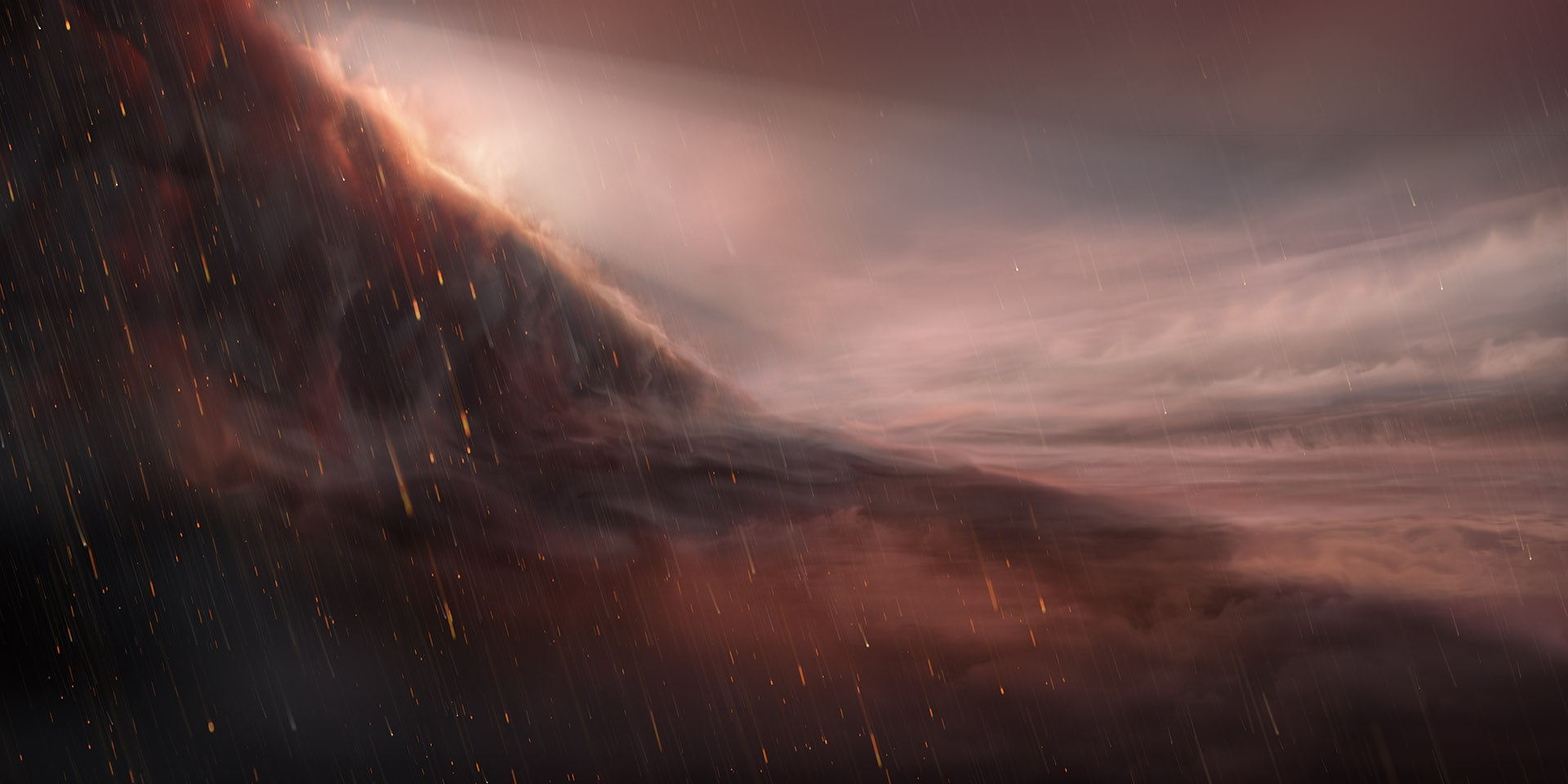 But at night the cooler temperatures mean the vapour turns into drops of iron.

Wasp-76b is known as a hot Jupiter – a gas giant that orbits very close to its star.

As a result, the iron rain never hits a "surface", and instead sinks down to the planet's core where it quickly re-vaporises.

This is the first result with a new high resolution instrument mounted on the European Southern Observatory's Very Large Telescope (VLT) in Chile. 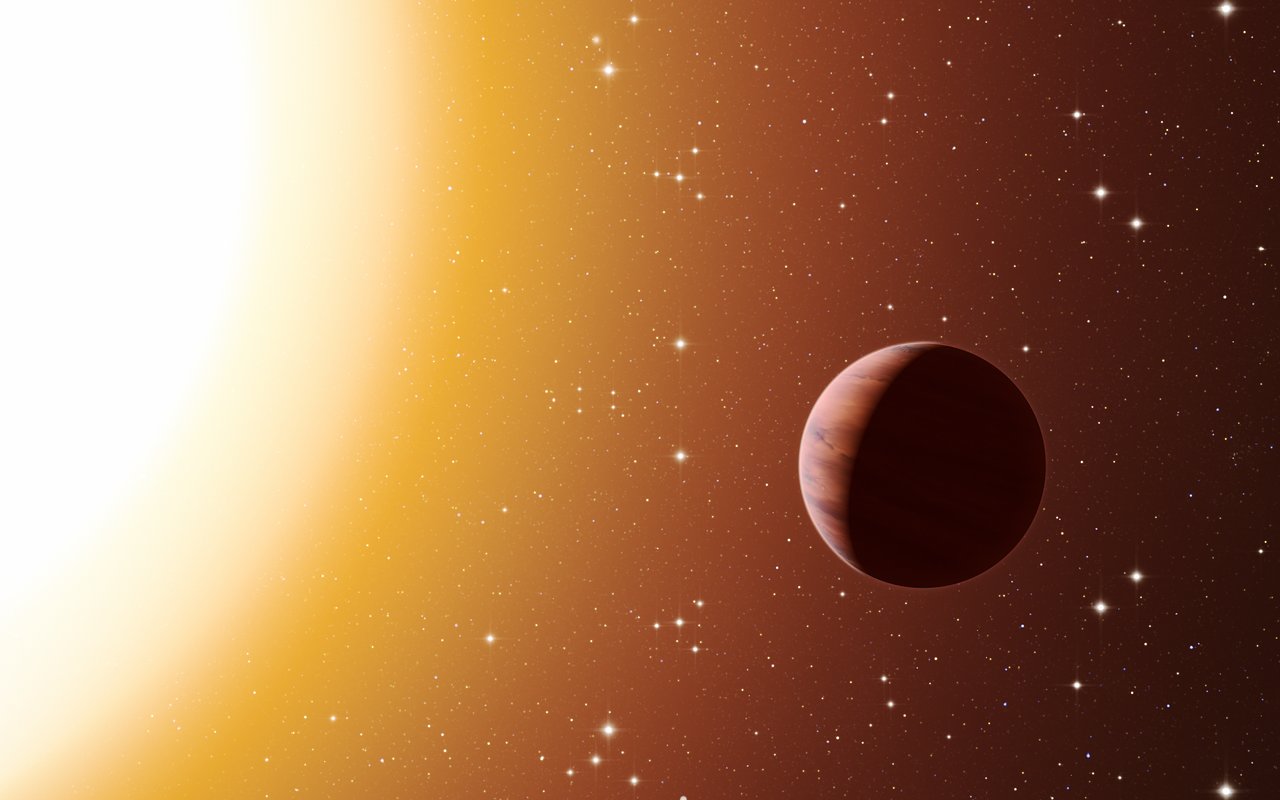 It's known as Espresso, or the Echelle Spectrograph for Rocky Exoplanets and Stable Spectroscopic Observations.

Astrophysicists have identified chemical variations between day and night on the planet.

They detected the trace of iron vapour just at the division between the daytime and the night-time sector of the planet.

David Ehrenreich, a researcher at the University of Geneva and the first author of the article, said: "However, surprisingly we do not see this iron vapour at dawn.

What is an exoplanet?

"The only explanation possible for this phenomenon is that it rains iron on the dark side of this exoplanet with extreme conditions."

Jonay I Gonzalez Hernandez, a researcher at the Instituto de Astrofisica de Canarias, Spain, said: "Just like the moon around the Earth, this planet always keeps the same face towards its star as it rotates around it.

"This causes this extreme difference in temperature between day and night on the planet."

In other news, Nasa recently spotted a nearby Earth-like planet that humans could one day colonise.

Distant planets may host even more life than we have here on Earth, according to one shock study.

And, last year Nasa boss Jim Bridenstine admitted he believed Pluto should still be classified as a planet.

What do you think of this bonkers planet? Let us know in the comments!