A national bubble tea chain is in the sights of two federal watchdogs, 22 of its franchisees and the Taiwanese giant that created its brand, with the most serious complaints alleging it sourced supplies contaminated with flies and small insects.

The Fair Work Ombudsman, which is the national underpayment watchdog, told The Sydney Morning Herald and The Age it was investigating Sharetea Australia, which claims to have about 80 franchised stores around the country, and urged anyone with pay issues to come forward. 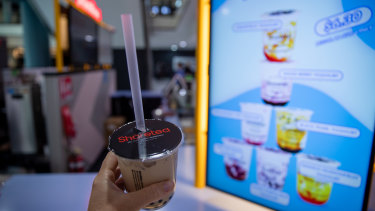 The $180 billion franchise sector has seen repeated scandals in recent years. There have been multiple parliamentary inquiries and efforts to tighten the law to address a power imbalance between franchisors and franchisees, but the intense regulatory focus on Sharetea Australia suggests problems persist. 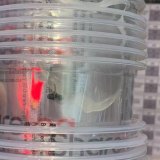 One local franchisee, who asked to remain anonymous for fear of reprisal from Sharetea Australia headquarters, said she felt abandoned after opening her store four years ago, and that problems had become worse since a change in suppliers.

“I’m looking for justice. I feel so hopeless,” the franchisee said.

“We worry to death what the new ingredients are. We don’t know what we’re selling. It’s so bad I don’t even want to drink. How can I give it to customers?”

“The topping comes with a little fly as a bonus, which is horrible.”

On top of its problems with staff and franchisees, Sharetea Australia is also locked in a major legal dispute with the Taiwanese company that holds the international rights to the brand, Lian Fa International Dining Business Co.

It claims Sharetea Australia has been unlawfully using its trademarks and recipes after Lian Fa terminated an agreement between the two companies in September.

In response to questions from this masthead, a Sharetea public relations consultant said: “These false allegations are baseless as they stem from a minute number of disgruntled franchisees directed by Lian Fa.”

The spokeswoman said reporting should instead focus on the outcome of its court dispute with Lian Fa, scheduled for an initial hearing on Thursday, “as herein lies the news story”.

The company would provide its full view of the claims after that date, the spokeswoman said. “Until then, Sharetea Australia is not inclined to answer further questions.”

But in contrast to Sharetea’s claims that only a “minute” number of franchisees had problems, Mr Billson said 22 local franchisees had raised concerns about several issues with the company, which the independent government agency was examining.

“We are in the early stages of discussions,” Mr Billson said.

“These franchisees have cited a range of concerns including in respect of ingredient costs and supply, lease arrangements and the marketing fund.”

Mr Billson said reforms to the franchising code of conduct had been made this year that helped protect relationships between franchisees and franchisors. 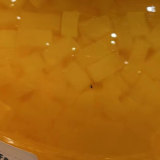 An insect found in mango jelly after a change in the supplier.

“Under the code, my office can facilitate group mediation when several franchisees are in a similar dispute with the same franchisor,” Mr Billson said. “This has gone some way to restoring confidence in the sector and helping to level the playing field.”

A spokesperson for the Fair Work Ombudsman also confirmed it was investigating Sharetea Australia after sources close to the company told The Sydney Morning Herald and The Age there were multiple complaints.

“Workers with concerns about their pay or entitlements are encouraged to contact us directly,” the spokesman said.

Supply problems have been a focus of franchisees’ complaints about the Australian head office.

When Sharetea launched in Australia in 2012 under local founder Teng ‘Anthony’ Mu, Lian Fa supplied ingredients for use in stores, but that stopped in recent months as the relationship between the two sides disintegrated.

In a letter from Mr Mu to franchisees sent on November 15, seen by this masthead, the founder said the business was forced to change suppliers for two reasons: Lian Fa “refused to supply stock” and Sharetea Australia encountered “significant issues” with the quality and shelf life of Lian Fa’s ingredients.

As a result, “Sharetea Australia reimbursed our franchisees appropriately for issues that they had with stock that came from Lian Fa, causing significant losses in a short period of time,” Mr Mu said in the letter.

A local franchisee said the first sign that something was wrong was when Sharetea Australia “suddenly” switched ingredients in May this year, and contaminants began appearing in some supplies.

Images obtained by this masthead reveal a dead fly trapped between plastic cups and in ingredients like rainbow and mango jelly.

Emails obtained by this masthead show that a local franchisee had emailed Sharetea Australia on August 20 asking the company to address a list of franchisees’ concerns, but did not receive a response despite following up nine times.

The rights to use the Sharetea brand is at the heart of Lian Fa’s dispute with Sharetea, with the Taiwanese company alleging in Federal Court documents that Mr Mu, Sharetea and its franchisees have been using the trademarked logo and name without permission.

It also claims that Lian Fa sent Sharetea Australia a container of ingredients worth $US124,829 ($174,845) in March that were never paid for.

Sharetea Australia is contesting the court case, disputing the validity of Lian Fa’s termination of its master franchise agreement and insists that its recipes, store designs and operations manuals were developed independently of Lian Fa.

“We can assure you it is business as usual for all our stores across the country, and nothing will change day-to-day operations of our franchise partners,” Mr Mu said in his letter. “Sharetea Australia will continue to act in the best interest of our franchisees and protect their privacy.”

Separately, the chain told franchisees not to give any information to journalists calling to seek comment and instead direct all inquiries to head office.

In a previous statement provided to the Sydney Morning Herald and The Age, Sharetea Australia said Lian Fa in 2020 had requested “certain information that we considered to be confidential to our franchisees”. 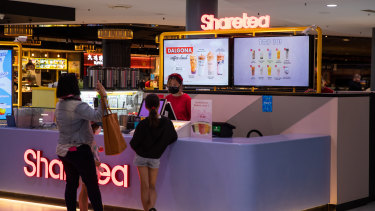 Sharetea Australia is at odds with the Taiwanese giant originally behind the brand.Credit:Edwina Pickles

“This information was requested to assist Lian Fa with their public listing overseas. Sharetea Australia did not comply with Lian Fa’s requests for several reasons, including our obligation to protect the confidentiality of our franchise partners,” said Sharetea Australia.

“Sharetea Australia maintains that an agreement remains in place with Lian Fa until 2032,” the statement reads.

However, Lian Fa brand licensing director Emily Liao told Australian franchisees in a brief email on November 22 that Lian Fa had only requested proof that Sharetea was complying with Australian laws and offered to sign non-disclosure agreements to protect its confidentiality.

The Taiwan bubble tea giant was “greatly disturbed” by the “amount of inaccuracy and misleading information that [Sharetea Australia] attempted to perpetuate”, Ms Liao said. She declined to comment further when contacted by The Sydney Morning Herald and The Age, citing the ongoing litigation.

Mr Billson, a former federal small business minister, urged other Sharetea franchisees to make contact if they had concerns.

“I encourage anyone involved in a dispute under the code, including affected Sharetea franchisees, to contact my office for assistance,” he said.