The Trump administration announced Friday that it would provide waivers excusing states from performing standardized testing if they’re unable to assess students amid widespread school closures.

The action will likely provide relief to school leaders around the country. Schools are held accountable for their standardized test scores based on state systems designed through the federal education law, the Every Student Succeeds Act. However, in recent days, leaders have sounded the alarm on whether or not they would be able to accurately assess students after weeks, or even months, of school closures. Indeed, some schools have closed for the rest of the year, raising questions about how these tests would even be delivered.

The action represents a step forward, after last week, the Department released guidance indicating that it would consider granting states waivers from standardized tests, while noting that standardized tests could still provide useful information. In the latest statement, the Department said states still had to apply for such a one-year waiver, but it had “dramatically streamlined” the application process. 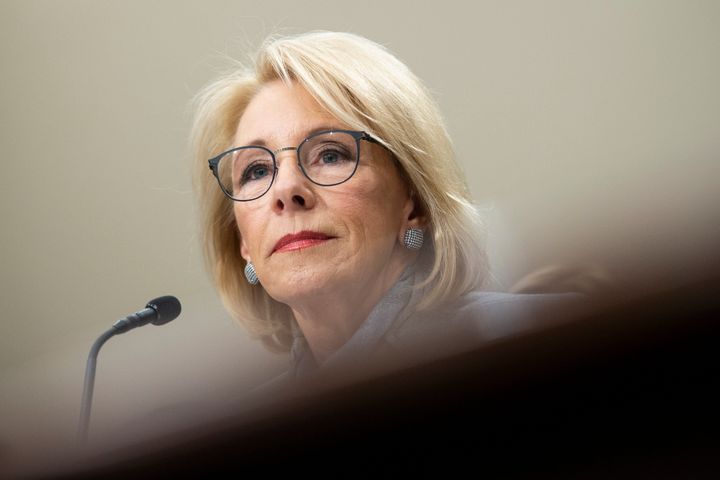 “In these unprecedented times, states need flexibility as they prioritize the health and safety of all students, teachers, staff and families,” said a statement from Carissa Moffat Miller, executive director The Council of Chief State School Officers. “State chiefs strongly believe in the importance of assessments and accountability but now is the time to focus first on the safety and well-being of all students as educators assist them in weathering and recovering from this national emergency.”

Yesterday, The School Superintendents Association called on Congress to support such waivers.

“With more than three-quarters of our states issuing statewide school closures — closures that are increasingly likely to last the remainder of the school year — it is clear there will be an impact on our ability to comply with assessment and accountability requirements,” said a letter sent to key lawmakers from the organization.

Trump addressed the issue at a press conference on Friday.

“I think probably a lot of the students will be extremely happy,” President Trump said. “Some probably not. The ones who work hard, probably not.”

The move comes after education leaders have expressed confusion over federal guidance on school closures. The Center for Disease Control advised against gatherings of more than 50 people, but said such guidance did not apply to schools. Trump has warned against groups of more than 10.

“School system leaders are rightfully asking, ‘Why are the numbers different, why do the numbers not apply to schools, and what does this really mean for schools?’” read a statement from executive director of The School Superintendents Association, Daniel A. Domenech, released earlier this week.

Meanwhile, without clear guidance, a vast majority of schools have shut down. As of Friday, at least 114,000 U.S. public and private schools had shuttered in an effort to combat coronavirus, impacting over 52 million students, according to EdWeek.