Cryptocurrency in housing will be 'new normal' says expert

Managing Director at One Bequia Storm Gonsalves is planning to create the first Bitcoin community in the Caribbean where goods, services and the houses themselves could all be paid for through Bitcoin. The properties, ranging from £670,000 to £1.6million, can be purchased using cryptocurrencies equivalents where prices are locked in to avoid fluctuations in price during transactions. Mr Gonsalves said he is happy to be “pioneering” the technology and says other developers and countries will be watching how to replicate his successes – stating it could be a very normal thing in the years to come.

One Bequia is set to be built on Bequia island which is part of St Vincent and the Grenadines measuring only 18-square-kilometres.

Mr Gonsalves plans to build 39 luxury villas complete with shops, a clubhouse and other buildings which will all accept Bitcoin as payment.

Speaking to Express.co.uk, Mr Gonsalves was asked whether his development could be bigger than simply the bricks and mortar that make the development.

He said: “Well definitely, I think that real estate developments being offered for sale cryptocurrencies will become a very normal thing in years to come. 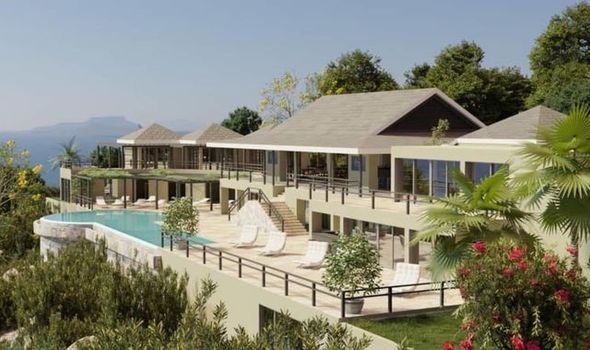 “There is over a trillion dollars in the market cap of Bitcoin alone and many of these purchases first bought it when Bitcoin was only $1,000 dollars.

“So there is a lot of wealth in the cryptomarket that cannot be ignored anymore – it’s just too large.

“It has really hit the mainstream so I think what we’re doing is going to become run of the mill in a few years from now. 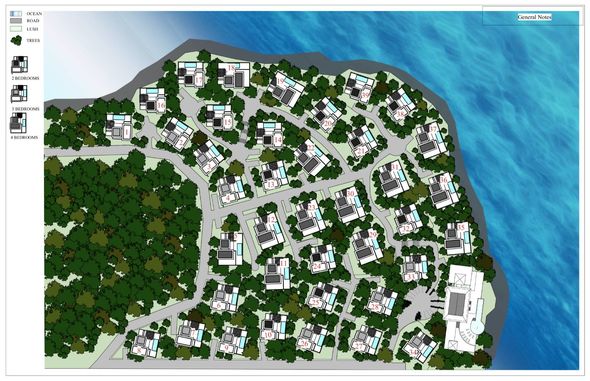 “And I am happy to be at the forefront to be attempting something like this.”

Mr Gonsalves added that while some developers and sellers have sold houses through Bitcoin, his development will be the first which will accept it as payment at shops, for maintenance fees and other costs on the island.

However, the developer said those living at One Bequia will be able to use US Dollars if they so wish as the cryptocurrencies would be weighted against the American currency.

One Bequia will see gyms, spas, bowling, golf, restaurants and many other amenities that accept Bitcoin. 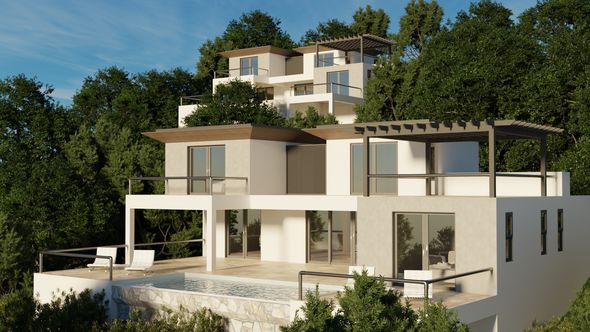 While the cheapest property is for a two-bedroom villa costing £620,000, Mr Gonsalves said he is considering building smaller and cheaper properties to widen the market.

The houses are also fully automated and kitted out with the latest technology which can be controlled remotely.

Mr Gonsalves explains the Caribbean is becoming the epicentre of cryptocurrencies as major banks pull out of the region and withdraw their services to those living there.

He explains cryptocurrencies are one of the few ways residents can send money internationally and Caribbeans have embraced it as part of everyday life.