There’s a dirty secret of carbon accounting, and it could soon be exposed. That’s because the assumptions most companies base their calculations on could be wrong.

Let’s take a step back. Corporate financial accounting tells you how much a company earned, how much it spent and how much it owes. You can generally trust those numbers because most large companies employ skilled, expensive auditors to ensure that the figures are as accurate as possible. When companies mess up, they can expect harsh punishment from regulators, ranging from large fines to prison time. That means they have to be able to justify every figure on every line. 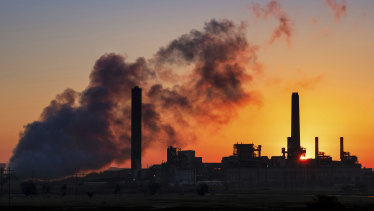 Unlike financial accounting, almost all carbon accounting is voluntary and based on voluntary standards.Credit:AP

While companies can be fairly accurate about the emissions they directly produce (called Scope 1), that accuracy drops rapidly when they have to account for emissions from their supply chain or users of their products (called Scope 3). Even in the best case, therefore, carbon accounting is based on a huge number of assumptions.

You’ve probably guessed where I’m going with this. Voluntary reporting combined with a long list of assumptions presents a huge risk of getting things wrong.

Let’s take one example. The US has stronger regulations on emissions reporting than most large emitters. And, yet, study after study has shown that oil and gas companies underreport their methane emissions. Methane is the second-largest contributor to warming the planet, after carbon dioxide.

If you can’t measure it, you can’t manage it. If the world is serious about reducing emissions, it will have to get better at accurately accounting for it first.

That’s a big problem on its own, but especially so because the emissions gas companies report as their Scope 1 form the basis of Scope 3 emissions reported by utilities that use the gas to generate electricity, by tech companies that use the gas to heat buildings, and on and on. (To be sure, the burning of the gas by utilities or tech companies would be their Scope 1 emissions, which it may be able to calculate accurately. But the methane emissions generated during the process of producing and transporting the fuel would be accounted for as those companies’ Scope 3 emissions.)

“That mistake propagates all the way up through your system and gives you a false picture of your actual carbon impact,” says Ryan Orbuch, who works on the climate team of payment giant Stripe. The emissions companies report form the basis of investor decisions and public opinion. In compliance markets such as the European Union’s Emissions Trading System, companies are required to provide accurate carbon emissions on an asset-by-asset level. These cover only direct Scope 1 emissions, and companies that get those figures wrong can face fines.

Over the past six months, Bloomberg Green has been reporting on methane leaks across the world, from Australia to Canada. Many companies own up to the leaks when they show up on satellite images, but until the eyes in the skies appeared, they could have easily gotten away with it—you can’t trace a methane molecule back to its source.

It’s revelations like these that can prompt important decisions. Last year, energy company Engie halted a natural-gas deal with a US company, because Engie worried the methane leaks from the production of the fuel may run afoul of the French government’s plan to cut emissions.

Still, satellite monitoring and compliance markets cover only a fraction of global emissions. Governments don’t employ people to track every dollar, but rather rely on regulatory sticks to ensure companies don’t lie.

Similarly, carbon accounting won’t be as robust as it needs to be without regulations, says Cynthia Cummis, director of private sector climate mitigation at the World Resources Institute. Without those regulations, Cummis says, “companies do not have a lot of leverage over, say, their power supplier to give accurate emissions data.”

As the mantra goes, if you can’t measure it, you can’t manage it. If the world is serious about reducing emissions, it will have to get better at accurately accounting for it first.