On Super Tuesday, long lines at a number of Texas polling stations cast a pall over the Democratic primary, sowing confusion and anger on an otherwise clarifying day for the party.

Texas Democrats chose to award a plurality of their convention delegates to former Vice President Joe Biden. But people were forced to wait hours to vote on Tuesday in part because for several years, the state has systematically closed polling places in communities with large and growing Black and Latino populations. And that casts doubt on whether Democrats actually have a chance to turn the state blue in 2020, regardless of whom they nominate. 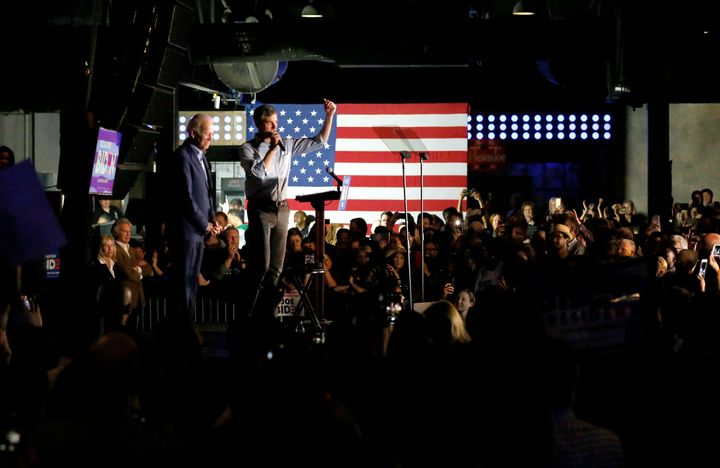 Many of the polling sites with long waits on Tuesday were in Harris County, which includes Houston, the state’s largest city. Harris County is 40% Latino and 19% Black.

A 2019 report from the Leadership Conference Education Fund (LCEF), a civil rights organization, found that Texas election officials rapidly eliminated polling places in Black and Latino communities after the Supreme Court overturned a key provision of the Voting Rights Act in 2013. The law had previously required a number of states with histories of racist voting practices, like Texas, to seek federal approval before making changes to their election rules. According to the LCEF report, Harris County closed 52 polling places from 2012 to 2018, more than all but three other counties nationwide did in the same period.

On Super Tuesday, some Harris County residents said they had to wait in line for several hours to vote, according to the Texas Tribune. CNN reported that the last voter at Texas Southern University, a college in the county, waited almost seven hours to cast a ballot.

On Tuesday, a spokesperson for the Texas Democratic Party said these closures are part of voter suppression efforts by state Republicans.

“People have died to fight for the sanctity of the vote,” spokesperson Abhi Rahman told HuffPost. “Republicans’ only way to retain power is to basically curb the vote, and we’re fighting back against all of those attempts,” he added. 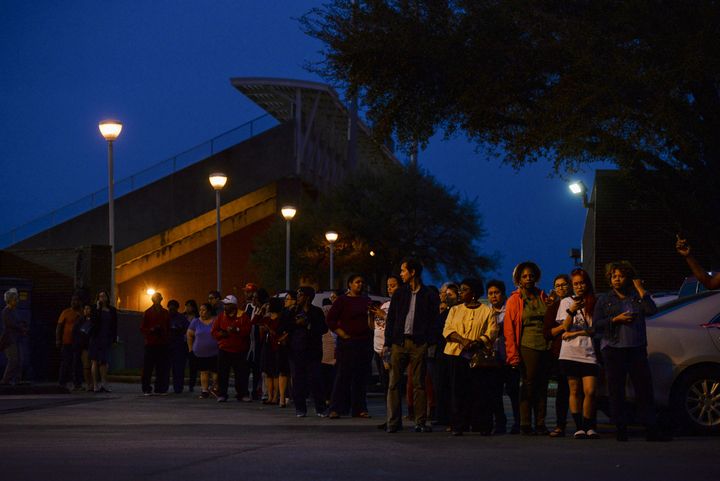 Harris County elected a Democrat to run its elections in 2018. Diane Trautman replaced Republican clerk Stan Stanart, who was notorious in Texas for his handling of the county’s elections and his unfounded claims that Democrats were trying to corrupt them. Trautman’s office did not respond to HuffPost’s request for comment, but on Wednesday the clerk effectively acknowledged Tuesday’s problems.

“There is no such thing as a perfect election,” Trautman tweeted, “but I am committed to always improving the voting process and increasing access to the polls.”

One day removed from Super Tuesday, it is impossible to know the full impact of those long lines. The lines may have dissuaded some people from voting in Tuesday’s primary, but they may also have discouraged potential Democratic voters from participating in future elections, including the contest in November. And that decision ― unfortunate as it would be ― wouldn’t necessarily prove a lack of civic responsibility. If a voter made sacrifices to vote on Tuesday (say, they altered their work schedule or paid a babysitter), they may be unable to make a similar commitment later this year.

Voter suppression works by instilling such an acute sense of dread in those trying to vote ― about the hours and resources and effort it will take ― that they don’t or even can’t make the attempt. We have no idea how many people in Texas endured the grueling long lines on Tuesday, cast their ballot, and now may choose (or feel forced) to sit out future elections.

Finding a solution to this kind of voter disenfranchisement will be just as important to Democrats’ hopes of turning Texas blue and winning in 2020 ― if not more important ― than the candidate Democrats select to lead the ticket.