A TERRIFYING space explosion so bright that it shone in the daytime sky for weeks shocked ancient Europeans 1,000 years ago.

The colossal event may have been depicted by witnesses in carvings engraved into tombstones in the early 11th century, according to research.

"It would end up being brighter than Venus, and visible during the day for 23 days."

While it may have looked like a new star, what was actually observed was a star's violent death – an explosion known as a supernova. 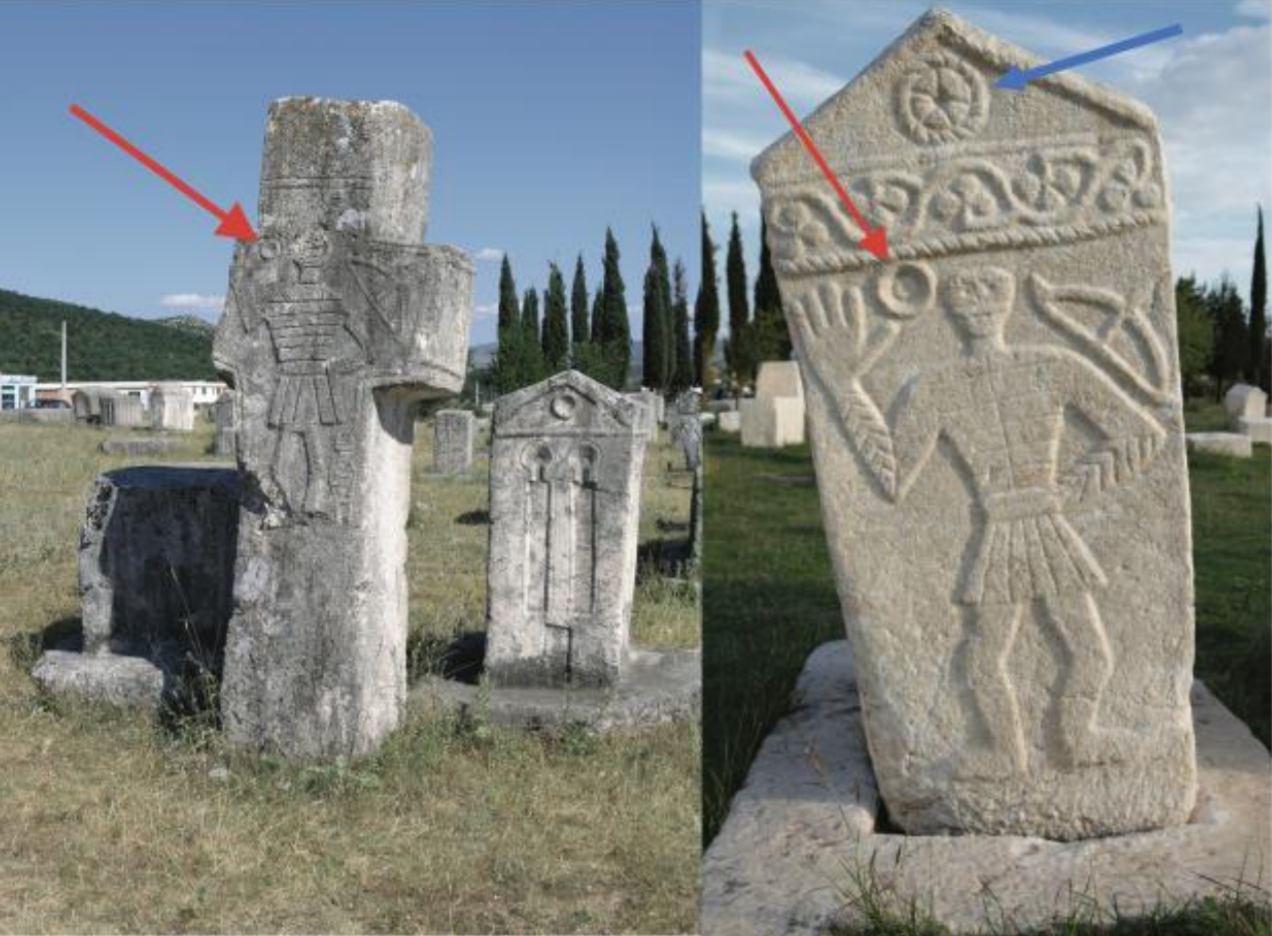 It gave rise to the Crab Nebula, a six-light-year-wide remnant of the vivid event that remains one of the brightest objects in the night sky today.

Accounts of the cosmic blast – which lit up in 1054 AD – have previously been uncovered in East-Asian and Arabic texts.

However, scientists have long struggled to find similar accounts from Europe.

In their study published last month, the international team provide what could be the first evidence that Europeans witnessed the supernova.

Interesting symbols found on tombstones in eastern Europe may provide the missing link, they write in Arxiv. 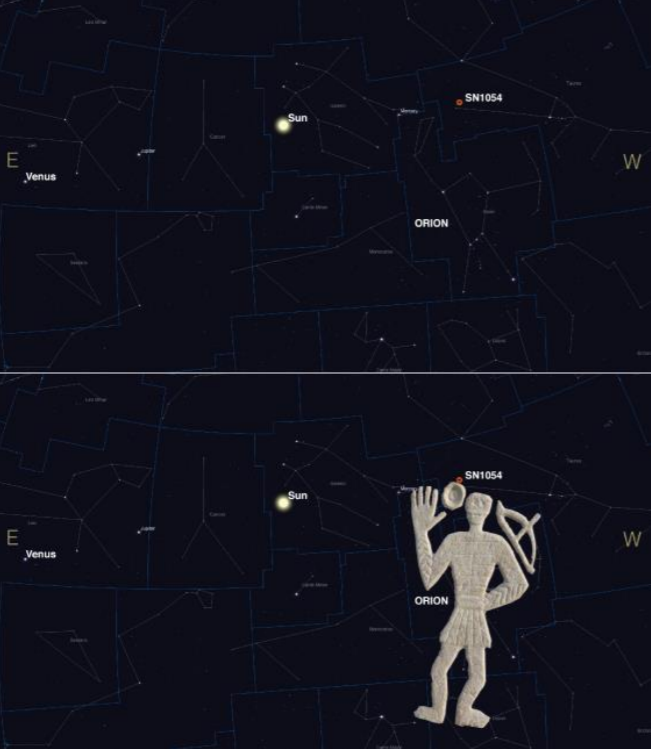 "This supernova is unusual, in that it occurred reasonably recently yet there is no strong record of it from European Scholars," Dr Crawford said.

"But there are records from Arabic and Far-Eastern scholars."

Finding European records "gives us a solid date for the supernova", he added.

Evidence for sightings of the 1054 supernova may be found at a necropolis or "city of the dead" located near Stolac in Bosnia and Herzegovina.

Known as Radimlja, the huge graveyard was built in the Middles Ages and contains thousands of ancient tombstones. 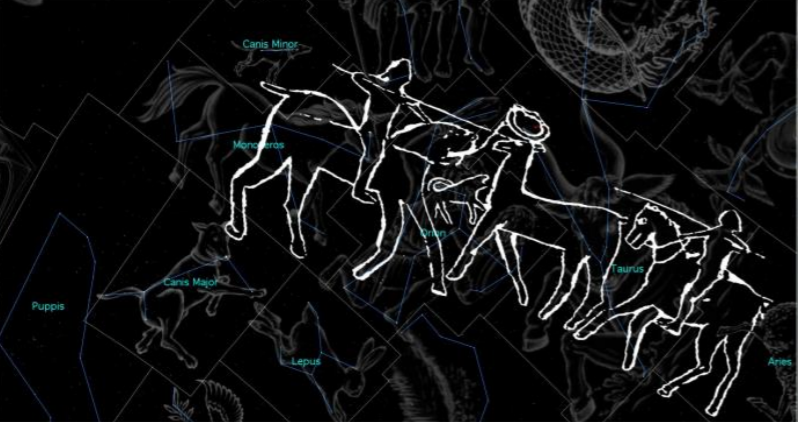 Five graves picked out by the researchers are dedicated to a hunter and his weapons. The hunter resembles the constellation Orion.

Presuming the man does depict Orion, a circle placed near his head sits in the location of the supernova in the night sky when laid over a sky map.

"The most striking feature is the position of a circle between the hunter's right hand and head," researchers wrote.

"We suggest that this circle might pinpoint the 1054 supernova event."

At least two other necropolises in Bosnia and Herzegovina depict a similar figure, researchers wrote.

What is a supernova?

They also point to written records of the blast in various letters from ibn Butlan, a scholar who was in Constantinople at the time of the event.

He described "a spectacular star [that] appeared in [the zodiac star] Gemini, of the year 446 [of the Muslim calendar]."

Taken together, these two pieces of evidence may show that as well as China and the Middle East, the nebula appeared over Europe.

The dramatic birth of the crab nebula occurred on July 4 1054 in the northern constellation Tauru.

In 1054, Chinese astronomers took notice of a “guest star” that was, for nearly a month, visible in the daytime sky. 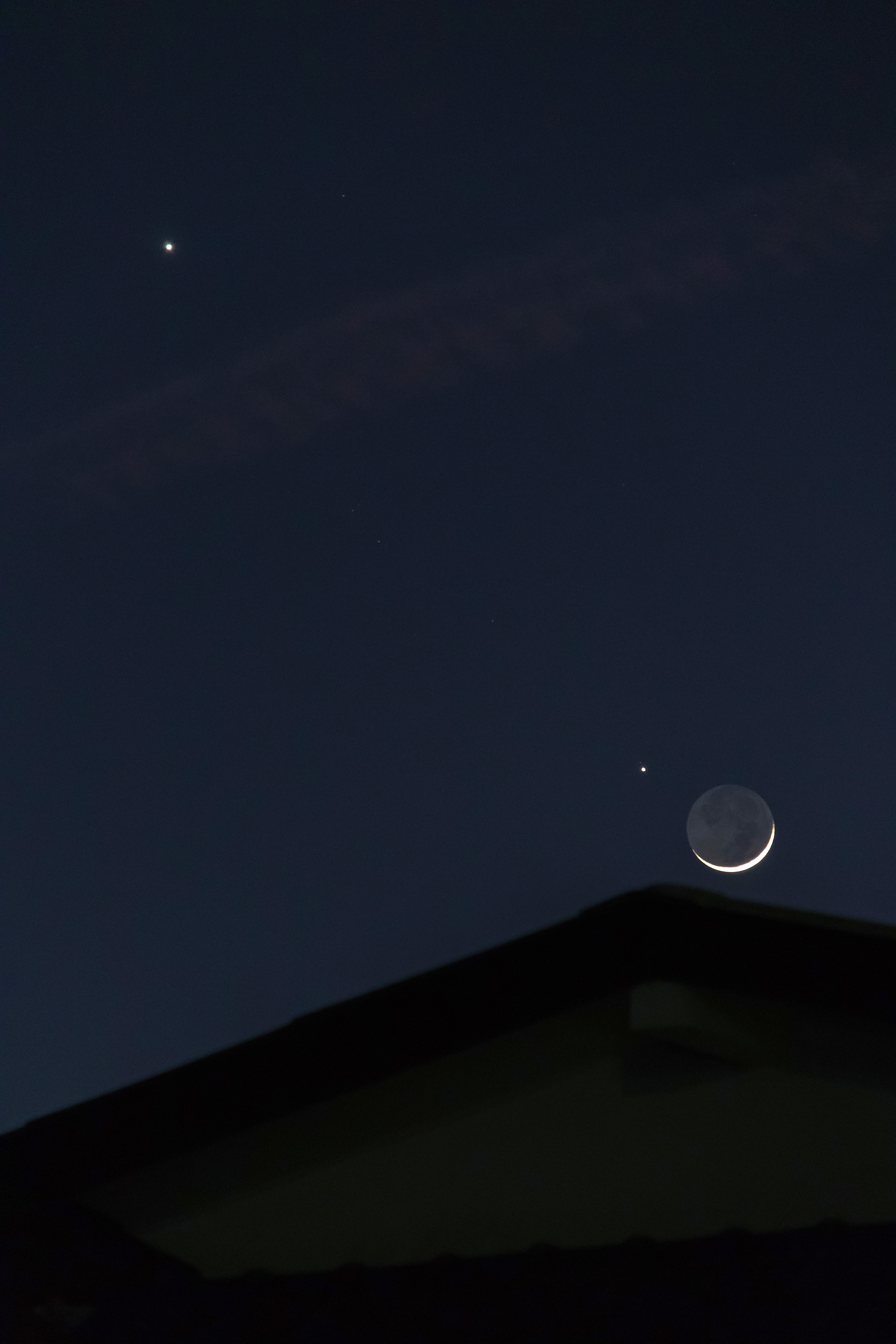 They noted that this star was visible for 23 days and that at its peak was as bright as the planet Venus.

The star is said to have faded some 642 days later, with the last sighting logged on April 6 1056.

Supernovae of this magnitude are only visible from Earth once every 200 years or so, Dr Crawford told The Sun.

"It would certainly have been obvious to most people in broad daylight," the researchers wrote.

They suggest that so few records exist from Europe because scholars were fearful of church leaders.

At the time, astronomy was considered blasphemous and an act of defiance against the church that was punishable by arrest or even death.

"A supernova was a harbinger of change that was bad for the current rulers, including the clergy," researchers wrote.

"It was easier and more politically expedient to ignore this bad omen rather than have it upset the established order.

In other news, the world's first PREGNANT Egyptian mummy has been identified by archaeologists.

Human skeletons have been discovered on a 1717 pirate shipwreck just off the coast of Cape Cod in the US.

And, an ancient mummy with a golden tongue has been unearthed in Egypt.

How do you think ancient people reacted to the supernova? Let us know in the comments…