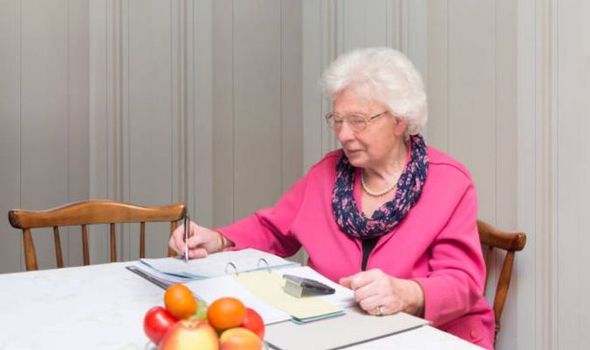 The financial consultancy firm, Lane, Clark, Peacock (LCP), say the changes mean those on the new state pension are likely to suffer a substantial drop in income after their partner passes away.

They have urged people, in particular those who look after their finances by themselves, to stay aware as many could be blindsided by the changes.

People on the old state pension system won’t be as vulnerable to changes, LCP said.

Steve Webb, partner at LCP, said: “Although the new State Pension generally pays more to women in their own right at retirement than the old system, it has very limited provision for widows and widowers.

He added that people approaching retirement should “find out where they would stand with state and private pensions if one of them were to die and to explore making additional provision to cushion the financial impact of bereavement.”

The DWP responded to the criticism that the new rules will leave many widowed pensioners without the financial support they need.

A spokesperson for the department said: “The New State Pension system improves outcomes for millions of women, with payments projected to equalise between men and women a decade earlier than under the previous system.

“There is transitional protection to enable widowed people in certain circumstances to inherit all, or part, of the additional State Pension or Graduated Retirement Benefit they could have inherited under the old State Pension system.

“Pension Credit is also available for those eligible and provides a safety-net for individuals who are most in need.”

The warnings of a financial shock after losing one’s partner have been supported by data which show the recently widowed face an alarming reduction in living standards.

LCP showed that widows generally face a standard of living drop of nine percent under the old system, whereas people in the new system will suffer a dramatic 24 percent fall in living standards.

The old system applies to people who reached the state pension age (SPA) before April 6, 2016.

Under this system, people were entitled to a state pension based on the National Insurance contributions (NICs) of their late partner.

These rules offset the fact women typically had accumulated lower NICs due to lower wages over the course of their lifetime.

The new rules refocus of the state pension on the idea people should receive an income that is reflective of their own NICs.

The DWP has contended that the new state pension provides a “clearer, simpler and sustainable system for the future”.

The department has projected the changes to lead to an equalisation of state pension outcomes for men and women by the early 2040s.

This, they say, is over a decade earlier than parity was forecast to be achieved under the old system.