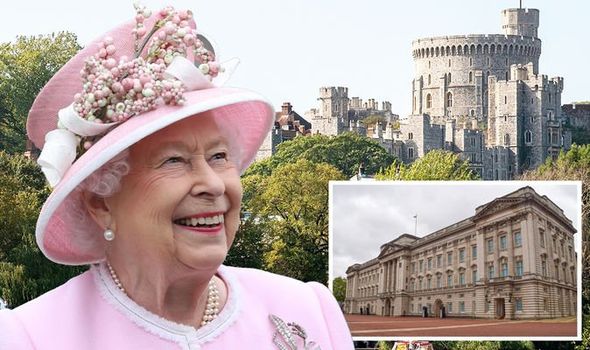 Ever wondered what it would be like to stay inside one of the Royal Family’s residencies? To add to that, have you ever thought about how much it might cost for a luxurious night? According to a new study, figures for how much it would cost to rent each of the royal homes (not that they’re ever going to be able to rent) have been revealed, and Buckingham Palace is not only the most expensive property on the list, but a month’s rent would set you back around £14.6million.

The research, which was conducted by accommodation experts Luxury Hotel, analysed the overall value of every property owned by the Royal Family to discover how much each royal home could fetch on the rental market.

The study used the real estate rental formula of taking 1.1 percent of a property’s overall value to calculate the average monthly rent for the palatial properties.

The results found, after Buckingham Palace – Highgrove House, Sandringham House and Windsor Castle would be the priciest Royal homes to rent.

So how much is the Queen’s central London residence worth?

Buckingham Palace could go on the rental market at £13.3 million a month.

The architectural heart of the monarchy boasts an endless shower of sumptuous staterooms, ballrooms and bedrooms and features the famous balcony on which the Royal Family gather to greet crowds at major events, including Royal Weddings and Remembrance Day events.

As for the second most expensive rent house to rent, to stay at Windsor Castle for a month would cost £10.4million and £125 million a year to rent.

The castle, which spans over 54,000 square metres, boasts nearly a millennium of royal history and architecture and dates back to the Norman Invasion.

It would cost as much to rent Windsor Castle for a month as it would buy 40 average UK homes outright.

Sandringham House in Norfolk, one of The Queen’s favourite country residences and where the Royal Family traditionally spends Christmas, is the third most expensive royal residence to rent.

The private residence of Prince Charles and his wife Camilla Parker-Bowles, Highgrove House, is also one of the most expensive royal properties to rent, beating Kensington Palace.

The vast manor, nestled in the heart of rural Gloucestershire, would cost £8.5 million a month to rent.

The country mansion features nine bedrooms and six bathrooms and is one of the most picturesque properties in the UK, surrounded by acres of organically farmed land and stunning gardens.

Kensington Palace, the official home of Prince William and Kate Middleton, would cost £1.6 million a month to rent.

The opulent property, set in the centre of London, is composed of multiple wings and royal apartments, which have been home to numerous high-profile royals over the years, including Princess Diana.

The Duke and Duchess of Cambridge live in Apartment 1A (when they are not staying at Anmer Hall, their country manor in Norfolk), a four-storey mansion set within the palace, which has three bedrooms and its own nursery. To rent Kensignton Palace for a single year, you would need to fork out £19.4 million.

At the other end of the scale, Prince Harry and Meghan Markle’s new home in Montecito California would fetch £121,000 a month in rent.

The Duke and Duchess of Sussex’s nine-bedroom, 16 bathroom luxury mansion are valued at £11 million, and would cost £1.4 million a year to rent – the same amount it would cost to rent Kate Middleton and Prince William’s home, Kensington Palace, for just a month.

Tamarisk House on the Isles of Scilly, is the cheapest royal residence to rent, costing a little over £14,000 a month. The property is valued at a comparatively modest £1.3 million and would cost just over £171,000 a year to rent.

Clarence House, the official London residence of Prince Charles and Camilla Parker Bowles is also on the lower end of the scale when it comes to royal rents, fetching £1.7 million a month.

A spokesperson for Luxury Hotel commented on the findings: “Each of the royal properties is of immense historic and aesthetic value, representing decades – sometimes centuries – of regal tradition and culture.

“Royal residences are ultimately priceless because of their prominent histories and the extensively famous people who have lived within their walls, and the stratospheric sums that estates such as Buckingham Palace and Windsor Castle would fetch on the rental market reflect just how important these properties are to the culture and history of the nation.”