Rashida Tlaib admits she only wears a mask to avoid criticism

Rep. Rashida Tlaib, D-Mich., revealed in a new interview, perhaps unwittingly, that she doesn’t necessarily support the details in a bill she endorsed last year that would abolish federal prisons over the course of 10 years, admitting that there are some people who legitimately belong behind bars.

During an interview Monday with Axios reporter Jonathan Swan, Tlaib was pressed on her support for the BREATHE Act, which calls for the Department of Justice and the Department of Health and Human Services to create a “roadmap for prison abolition,” including the “full decarceration of federal detention facilities within 10 years” and “a moratorium on all new federal prison, jail, immigrant and youth detention construction.” 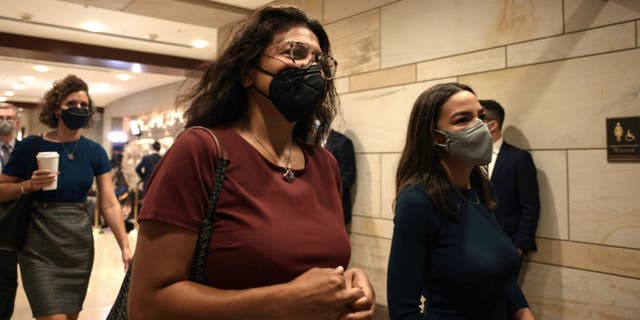 Reps. Rashida Tlaib (left) and Alexandria Ocasio-Cortez arrive for a briefing on Afghanistan at the Capitol on Aug. 24, 2021. (Anna Moneymaker/Getty Images)

“To what extent have you wrestled with releasing any potential downsides of releasing into society every single person who currently in a federal prison?” Swan asked the congresswoman.

“Yeah, I think that everyone’s like, ‘Oh my God, we’re going to just release everybody,’” Tlaib said. “That’s not what I’m—”

“That’s what the act says,” Swan fired back.

“Yeah, but did you see how many people are mentally ill that are in prison right now,” Tlaib argued.

“No, I know,” Swan said. “But the act you endorsed actually says release everyone in 10 years. … There are like, human traffickers, child sex [predators]. Do you mean that you don’t actually support that? Because you endorsed the bill.”

Tlaib continued to argue that many prisoners are mentally ill or struggling with substance abuse issues and that those people should be rehabilitated instead of incarcerated.

“What I’m trying to understand is, your proposal is so sweeping,” Swan said. “It does release everyone.”

“Oh, yeah, within 10 years,” Tlaib responded. “Obviously there’s a process of looking at how we can get away from mass incarceration and move toward care first.” 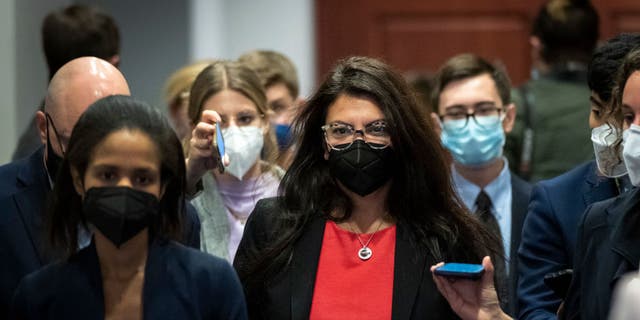 “Do you believe that there are still categories of people who should be behind bars?” Swan asked.

“There are absolutely,” Tlaib answered. “I don’t think there’s any rehabilitation happening right now for those that might actually have … mental health issues.”

“Do you think all people can be rehabilitated?” Swan asked.

“I don’t think so. I’ve been very clear about that,” Tlaib replied.

“I would have to look at every case individually and figure all of that out,” she added later. “Everyone in jail is not the same.” 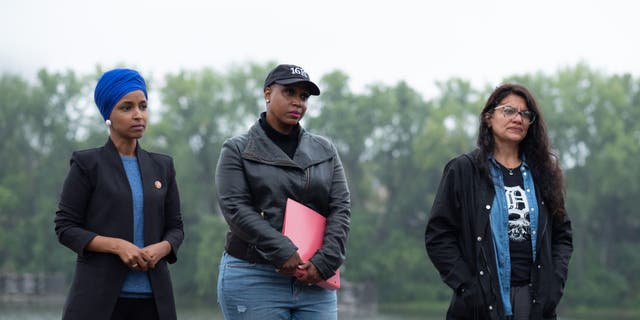 Tlaib’s comments caught the attention of Sen. Lindsey Graham, R-S.C., who fired off a tweet thread saying the congresswoman’s proposal is a more “radical” implementation of “Defund the Police.”

“Oddly enough, Congresswoman Tlaib has had a tough time convincing Congress to follow her lead on emptying prisons,” the senator wrote. “However, the Taliban jumped all over this idea. When they took over Afghanistan first thing they did was empty all the prisons – including releasing terrorists.

“What could possibly go wrong?” he asked. “And why didn’t the media bring up this proposal during 2020 presidential campaign?”