San Francisco (CNN Business)As wildfire season raged in California this fall, a startup a few states away used artificial intelligence to pinpoint the location of blazes there within minutes — in some cases far faster than these fires might otherwise be noticed by firefighters or civilians.

Santa Fe-based Descartes Labs, which uses AI to analyze satellite imagery, launched its US wildfire detector in July. The company’s AI software pores over images coming in roughly every few minutes from two different US government weather satellites, in search of any changes — the presence of smoke, a shift in thermal infrared data showing hot spots — that could indicate a fire has ignited.
Descartes is testing its detector by sending alerts to select forestry officials in its home state of New Mexico and told CNN Business its wildfire detector has spotted about 6,200 total thus far. The company says it can often detect these fires when they’re just about 10 acres in size.

“Since wildfires are hot, they stand out pretty well,” said Clyde Wheeler, an applied scientist at Descartes who spearheaded the project. 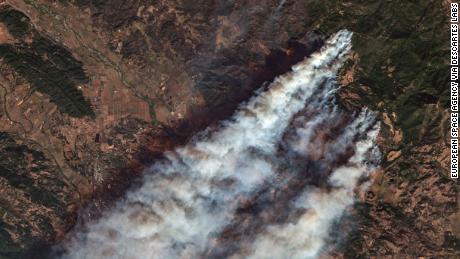 It’s a big change from how fires are often spotted in the US. Current methods include looking for fires via planes or lookout towers, or simply having civilians report them. Donald Griego, New Mexico’s State Forestry Resource Protection Bureau Chief, told CNN Business that alerts from Descartes have “definitely” helped the state find wildfires more quickly than they otherwise could, and they’ve been pretty accurate.

Beyond that, the alerts can help first responders arrive more quickly, too. While a motorist or airplane pilot may call in a smoke report for a general area, Descartes’ text-based tool narrows down where the fire is. “That’s very beneficial,” Griego said, “especially at night when it’s hard to determine what mountain range this fire’s actually on when you’re on top of a peak 20 miles away.”
The need for all manner of fire-fighting solutions is growing as climate change worsens wildfires across California and the Southwestern US. Wildfires blazed through California’s wine country and the Los Angeles area in October, less than a year after a devastating fire leveled the California town of Paradise. Last year, California’s former governor warned that the fires ravaging the state are part of a “new normal.”
Descartes is just one of numerous tech companies that thinks it can help firefighters find and stop wildfires. California recently funded defense contractor Northrop Grumman and wildfire-analyzing startup Technosylva to come up with prototypes that can help detect and predict the advancement of wildfires. While such technologies may be helpful, it remains to be seen whether they will also increase the risk of authorities responding to false alarms. 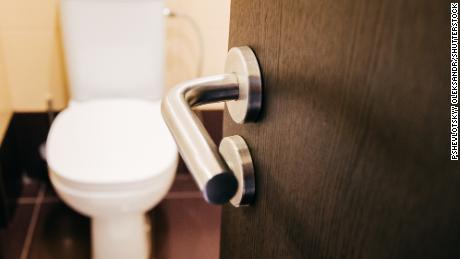 Though it’s only been active a short time, Descartes claims its wildfire detector was able to alert the Los Angeles Times with latitude and longitude coordinates for the enormously destructive Kincade fire shortly after the fire began at around 9:30 pm on October 23. That alert was added to the newspaper’s wildfire map and tweeted about by an LA Times data graphics editor before many people were even aware the fire existed.
To make this possible, Wheeler built several different algorithms that make up the fire detector. Each algorithm pays attention to different properties of fires, and they’re tasked with coming to consensus about whether a fire is present in a certain place on the map.
One algorithm looks back in time and comes up with what it concludes a certain place in the world should look like without a fire, for instance, and that is compared with the latest satellite imagery to see if there are any changes, such as to the brightness of any pixels. Another looks for spots that are hotter than you’d expect them to be.
The current time to beat is nine minutes. That’s how long Wheeler says it takes for Descartes to report a fire from the moment images are first captured by two satellites operated by the National Oceanic and Atmospheric Administration.
Any fire detection and related decisions that can be done in less than 30 minutes is pretty good, said Ernesto Alvarado, a research associate professor who studies wildfires at the University of Washington.
Caitlin Kontgis, an applied science team lead at Descartes, said the company is now starting to look at how additional data might help it track fires, such as digital elevation models showing the locations of steep slopes that would make it harder to fight a blaze.
Even if Descartes can improve the process of spotting and tracking fires, there may be limits for expediting what comes after. In New Mexico, after a text message from Descartes’ fire detector goes to Griego and other forestry officials, it has to be forwarded to an appropriate field office that can verify that a fire exists. The field office can then notify volunteer fire departments in the area, depending on the fire danger they see at the time.
And the protocol for determining where and how to attack a fire varies from place to place, Alvarado pointed out. It can involve different kinds of people or vehicles — on land or in the air — depending on different factors such as who owns or is responsible for the land.
“There are several steps you need to take before someone shows up and starts suppressing the fire,” he said.
Alvarado also cautioned that satellites still have issues when it comes to accurately detecting hot spots. What looks like a fire might actually be a hot area in a city or a lake or even a rock, he said.

Descartes said its fire detection considers factors like the angle of the sun at the time that a photo was taken, and whether a supposed hot spot in an image might be, say, a solar panel. Descartes also aims to be cautious about who it’s alerting, and when.
“We don’t want to map a fire and also link that to the nearest community if that fire is under control or the winds aren’t going in that direction,” Kontgis said. “We don’t want to scare people.”
Source: Read Full Article