Hong Kong (CNN Business)One of the world’s biggest tech investors is raising billions more in cash by selling assets in a bid to protect itself from possible future waves of the coronavirus pandemic.

Masayoshi Son’s SoftBank Group said Friday that it is selling down its stake in its Japanese mobile carrier affiliate, SoftBank Corp.
SoftBank (SFTBF) will sell more than one million shares in SoftBank Corp. worth 1.47 trillion yen (nearly $14 billion). The offering would reduce SoftBank Group’s stake in the carrier company from 62% to 40%.

SoftBank Group shares closed down 3% in Tokyo on Friday. 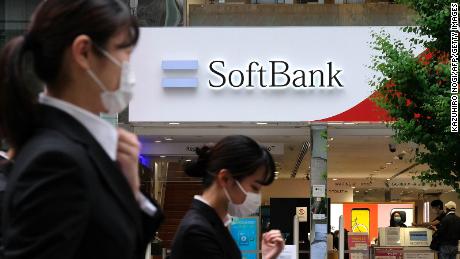 The sale comes even as global markets have recovered from the crash earlier this year caused by the pandemic. Tech stocks on Wall Street are hitting record highs and their founders’ wealth is ballooning.

But in its statement announcing the stake sale, SoftBank noted “ongoing uncertainty in the market environment due to concerns about a potential second or even third wave of Covid-19.”
The company had already announced plans back in March to raise some 4.5 trillion yen ($43 billion) by selling assets. The mobile carrier sale is on top of that.
SoftBank Group “believes it is necessary to expand cash reserves beyond [that amount] to ensure flexible options to respond to changes in the market environment,” the company said Friday.
The March announcement was a surprising change of tack for SoftBank founder and CEO Son, and signaled a step back from his high-risk style of investing. But the pandemic wreaked havoc on his global investments such as Uber (UBER) and WeWork as sweeping restrictions on work, travel and social interaction were introduced.

Son said during an earnings presentation earlier this month that the company had already achieved the vast majority of the original cash target by selling its stake in US carriers Sprint and T-Mobile for about $22 billion, securing $14.7 billion in financing against Alibaba (BABA) shares and selling $3 billion worth of shares in its carrier company.
The fire sale of assets helped SoftBank Group swing back to profitability last quarter after it posted a historic annual operating loss of 1.36 trillion yen ($12.7 billion) — its worst ever. The losses were driven by the company’s splashy $100 billion Vision Fund, which suffered operating losses of 1.9 trillion yen ($17.7 billion) for the fiscal year that ended in March.
Source: Read Full Article