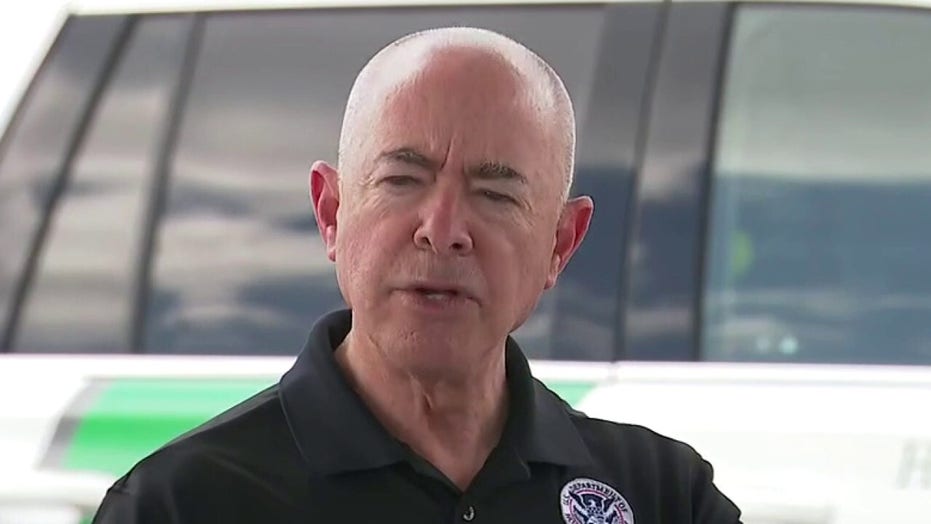 Homeland Security Secretary Alejandro Mayorkas met privately with Border Patrol agents in Texas and said in leaked audio that the border crisis is “unsustainable” and “we’re going to lose” if “borders are the first line of defense.”

“A couple of days ago I was down in Mexico, and I said look, you know, if, if our borders are the first line of defense, we’re going to lose and this is unsustainable,” Mayorkas said Thursday, according to the audio obtained by Fox News’ Bill Melugin through a Border Patrol source. “We can’t continue like this, our people in the field cant continue and our system isn’t built for it.”

Mayorkas told the agents that the current border situation “cannot continue.” He said the federal government’s system was not designed to handle such an influx of migrants as the U.S. has seen in recent months and he was “very well” aware that the sector recently came close to “breaking.”

“It’s our responsibility to make sure that that never happens again,” he said.

Title 42, which was put in place during the Trump administration to prevent the spread of COVID-19, allows for the expulsion of nearly all single adults and many families without being given the chance to seek asylum. Advocacy groups have been pressing on the Biden administration to do away with the ban.

Meanwhile, the Department of Homeland Security (DHS) is pressing for more expulsion flights into the interior of Mexico so individuals can’t just “turn around and give it another try,” and increase criminal prosecutions of recidivists, Mayorkas said.

These priorities serve as political lightning rods within the Democratic Party and would be a departure from the administration’s early days when it prided itself on unraveling Trump’s hard-line immigration policies and even put a 100-day moratorium on deportations through executive order.

Mayorkas’ call for additional agents will likely rile progressives, including “Squad” U.S. Reps. Alexandria Ocasio-Cortez, Ilhan Omar, Ayanna Pressley and Rashida Tlaib, who released a statement in 2020 calling Customs and Border Protection and ICE “rogue agencies that act to inflict harm on our communities and have a pattern of behavior of abuse and mismanagement of funds.”

A CBS report on Thursday said that more than 83,000 migrant parents and children — about 88% – who were processed in July were allowed to seek asylum. The report said the Biden administration has “categorically shielded children from the policy.”

Mayorkas emphasized that many of those 212,000 resulted in expulsions under Title 42 public health protections, with 95,788 Title 42 removals. He also said that 27% of those encountered had at least one prior encounter in the past 12 months.