US researchers working on the project hope to build the exoskeleton in the coming year. 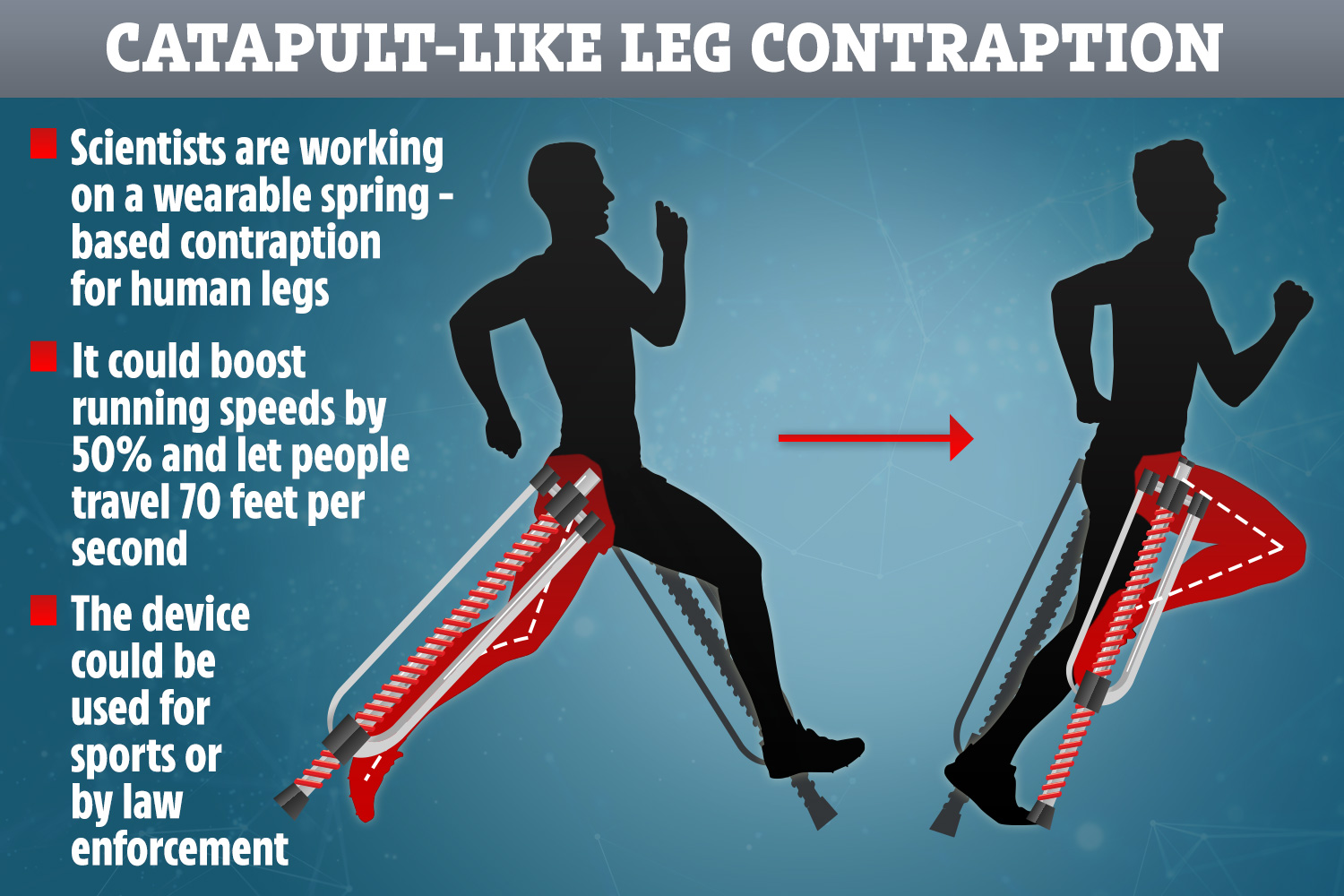 The spring-based leg attachments could be used in sport or by the police and emergency services.

Such a contraption could propel humans at speeds of around 46 miles per hour.

This is equivalent to around 70 feet per second.

Speeds like this would help people rival the speeds of world-class cyclists. 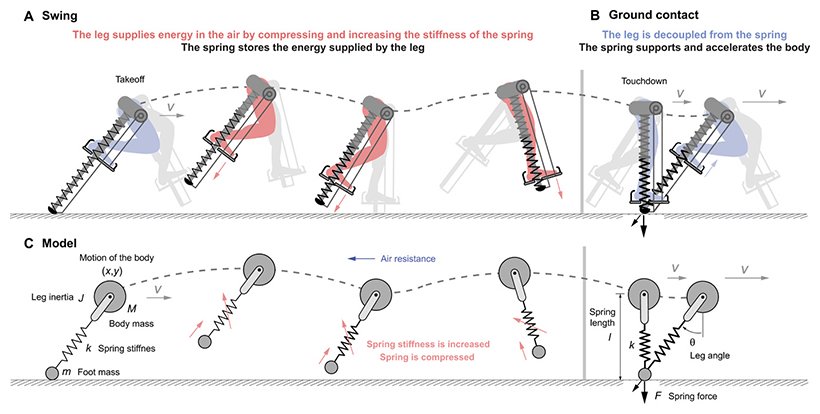 The mechanics of the pogo-stock-like device are actually based on how bicycles can propel people forward even when their feet aren't pushing down.

Even the fasters runners in the world aren't increasing their speed when their feet are in the air.

The leg device could provide a solution to this 'wasted time'.

All these calculations are theoretical for now but the scientists working on the exoskeleton hope to prove their theory next year.

The researchers wrote: "Our result may lead to a new-generation of augmentation devices developed for sports, rescue operations, and law enforcement, where humans could benefit from increased speed of motion."

The concept of attaching springs to legs has been around for a long time but springs on their own aren't that efficient.

The research team are devising a way to help the springs store a lot of energy when compressed by a leg.

This energy would then be used to propel the human wearer forward whilst they aren't touching the ground.

The contraption may be designed to have bike-like gears which could be changed depending on the speed needed.

Bicycles invented a brand new sport and the researchers think their exoskeleton could do the same.

David Braun, an engineer who works on human augmentation at Vanderbilt University in Nashville, told The Guardian: "We wanted to see what physics allows and then explore it further by developing a device.

"This shows us how far we can push the boundaries and what key features we should focus on to develop the new technology."

This research has been published in the journal Science Advances.

What is an exoskeleton?

In other news, Dyson has vowed to produce 15,000 medical ventilators completely from scratch.

Nasa astronauts aboard the International Space Station will return to Earth next month despite the dangers posed by coronavirus.

And, scientists recently revealed what they believed to be the best places to hide in the event of a sudden global pandemic.

What are your thoughts on the sci-fi exoskeleton concept? Let us know in the comments…