Growing efforts to decarbonise the global economy will ensure Australia remains one of the world’s largest suppliers of lithium over the next decade. So why is the hottest local stock in the sector, Vulcan Energy Resources, setting up operations in Europe?

The answer, according to Vulcan’s chief executive Dr Francis Wedin is twofold. Put simply, it involves carbon emissions and China. 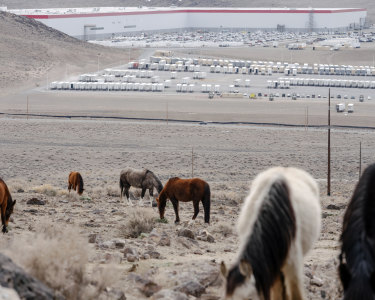 Lithium – dubbed white gold – is the crucial element for batteries used to power electric cars, the most expensive component of the vehicles. Demand for the mineral is surging against a backdrop of growing electric vehicle adoption, and moves by some governments to actively phase out traditional combustion engine cars.

The lithium boom has already led to one multi-billion dollar merger on the ASX this year, and has lifted share prices across the sector, including Vulcan’s. But while most producers in Australia are engaged in relatively traditional mining techniques, Vulcan’s plans are different. It wants to extract lithium from the hot underground springs in Germany’s Upper Rhine Valley. And plans to use the thermal power – generated by the boiling water that it extracts the lithium from – to ensure its operations are carbon neutral.

Right time refers to the fact that the European Union has set a strict path for car makers to flick the switch to electric vehicles while also lowing their carbon footprint.

The same decarbonisation forces driving the adoption of electric vehicles will soon be shaping the supply chains of car manufacturers which will need to look at the carbon footprint of each element going into their cars. 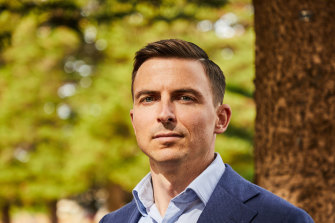 In other words, while lithium is a critical component for widespread adoption of electric vehicles (EV), the companies producing it will not be able to avoid scrutiny themselves.

“Although lithium is a critical raw material to advancing decarbonisation strategies, the controversial nature of the sustainability of lithium operations will rise to the forefront of attention,” says research group FitchSolutions.

“As a part of the European Green Deal, the European Commission proposed in December 2020 that beginning July 2024, only rechargeable electric vehicles and industrial batteries with declared carbon footprints will be permitted into the EU,” it says.

Wedin’s claim of the company being in the “right place” refers to the EU’s keen desire to ensure China does not retain its current stranglehold over the lithium market.

A supply chain within Europe is now viewed by policymakers on the continent as essential. Vulcan’s operations will be nestled in the heart of Germany’s car industry – the biggest automotive operation in Europe.

“They’re pushing very hard to develop local supply,” says Wedin. “And I guess that is where Vulcan is sort of uniquely positioned.”

But even with heavyweight backers like billionaire Rinehart’s Hancock Prospecting, and her son John Hancock, there are plenty of hurdles for Vulcan to clear before it has the chance to commence commercial operation in 2024. At the very least it will need to raise billions of dollars in fresh capital to get close to realising its goals.

Vulcan’s share price took off earlier this year when the company finally unveiled its pre-feasibility study with forecasts on its expected capital expenditure, operating costs, and rates of return.

“It was really articulating the vision of where we’re taking this and the test results we’ve done to date,” says Wedin. “That study really elevated us in the consciousness of a lot of investors.”

Among them is Rinehart, who could be crucial as the company goes through its pilot trials and prepares to raise funding that will be needed to take the next step to commercial production.

Vulcan faces a bigger hurdle than its rivals in that it needs more capital to setup what effectively are two businesses in one: A thermal power business, and a lithium extraction business.

Phase 1 will require over €1 billion ($1.6 billion) in capital to set up. Around 40 per cent will be spent on the geothermal wells and plants for the power business which will also lower the operating costs of the lithium extraction business.

Wedin says it means a higher initial capex, but also lower ongoing operating expenses which he says will be another advantage for the company.

“According to the studies we’ve done to date, because the geothermal pays for itself, we should be one of the lowest operating cost lithium operations out there.”

“It’s probably a bit early for those discussions. But we have regular catch ups, regular updates, and they’ve be very, very supportive so far.”

Hancock Prospecting declined to comment on its Vulcan investment. But the fact one of Australia’s biggest mining operators has backed a zero carbon company over local lithium producers is telling.

And it isn’t just car manufacturers who are starting to weigh up the content of what they are buying.

“Investors are starting to dump any sort of high carbon footprint companies and industries,” says Wedin.

The spodumene concentrate that it produces generates around 15 tonnes of carbon for every tonne of lithium produced. For South America’s salt lake reservoirs, another major global producer, it is around 5 tonnes of carbon and also comes with the threat of pollution and social unrest.

Fitch says the only real rival for pioneers like Vulcan, which plan to extract lithium from heated thermal waters, is the nascent lithium recycling industry.

Wedin warns that Australia’s lithium sector faces an effective 15 per cent carbon tariff to sell its wares in markets like Europe which is planning a Carbon Border Adjustment Mechanism (CBAM) to ensure producers who pay a carbon tax are not unfairly disadvantaged by jurisdictions which do not. Like Australia.

Our Morning Edition newsletter is a curated guide to the most important and interesting stories, analysis and insights. Get it delivered to your inbox.