While some may well already be living in the place they plan to spend their retirement, for others, making a move elsewhere could be on the cards. Whatever the situation may be, checking out where different locations across the UK rank for retirees is something many will want to do – even if they’re happy where they are.

According to data, 64 percent of people plan to relocate when they retire, sparking Consultus Care to analyse the best and worst UK cities for retirement.

The results include research tailored around key financial and social factors to help people still achieve their perfect retirement.

This includes considering an area’s economical liveability factors, health and fitness opportunities, choice of entertainment, and their general amenities, they explained.

The study produced a list of the top 30 cities across the UK, and it found Sunderland to be the best city to retire in. 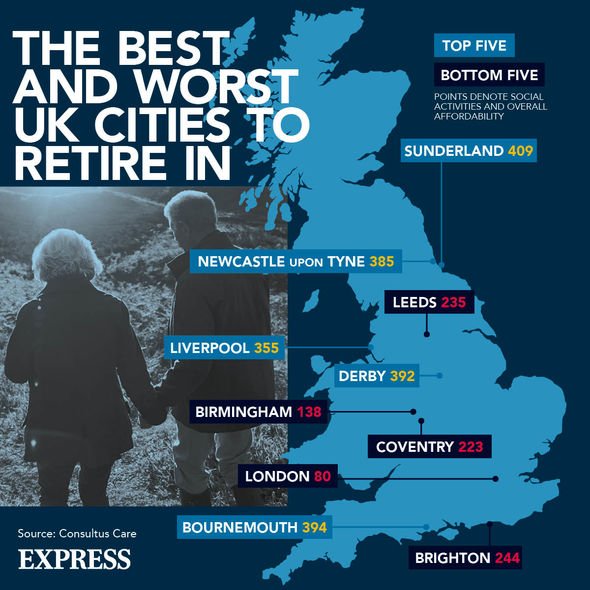 Offering the most affordable housing and care home costs, as well as the highest amount of suitable public amenities, it ranks the best all-round city in terms of both social activities and overall affordability, Consultus Care said.

The research saw each city being judged against 19 ranking factors, awarded between one and 30 points for each one.

Derby was close behind with 392 points.

In fourth place was Newcastle upon Tyne, scoring 385 points in the analysis.

But what about at the other end of the scale?

London was named as the worst place to retire in this study, with just 80 points.

If you can’t see the poll below, click here. 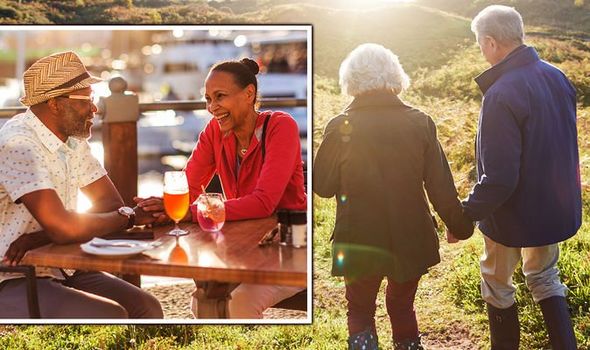 Taking third place in the bottom five was Coventry with 223 points.

How retirement looks will vary from person to person, however, new research has suggested the coronavirus pandemic has prompted a rise in flexi-retirement.

According to a new survey by Standard Life Aberdeen, more than half (56 percent) of people retiring in 2021 don’t plan on giving up work completely.

Its Class of 2021 report found a new preference for ‘flexi-retirement’ – with one in four (27 percent) planning to go part-time rather than leave employment altogether, one in five (19 percent) intending to dedicate time to volunteering and just over one in twenty (six percent) wanting to set up their own business.

John Tait, Retirement Advice Specialist at Standard Life Aberdeen, said: “What it means to retire has been evolving for some time now.

“Long gone are the days of everyone having a set date or a set age from which they’ll never work again.

“Instead there is a noticeably growing trend towards flexi-retirement and continuing to work.

“Whether that be a financial decision, or an emotional one, how you choose to retire will entirely depend on what is right for you.”