Major Australian retailers are demanding rent reduction and even threatening to withhold payments from landlords as concerns over the coronavirus' impact on the sector hit fever pitch.

Industry bodies on Sunday warned retail would likely be one of the worst-affected parts of the Australian economy, as a triple whammy of poor tourism, supply chain delays, and weak consumer confidence compounded already weak retail performance. 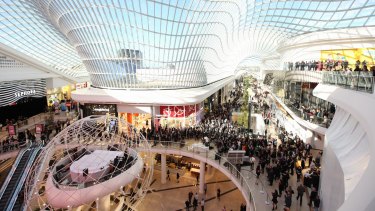 Vicinity, which owns Chadstone, has downgraded its earnings outlook on the back of the coronavirus outbreak.

"Landlords won't accept that, but there'll be some sort of negotiation. I'd be surprised if most retailers aren't preparing to talk to landlords currently."

Another major retailer with hundreds of stores across the country has also started to crack down on landlords, telling The Age and Herald there was a need for longer payment terms for merchants to grant a reprieve from the virus-induced slowdown.

"If they want to keep tenants, they need to be more flexible and realistic. We either need a flat discount on rent or longer payment terms," they said.

The veteran retailer said the current economic conditions following on from the bushfire crisis were the worst they'd seen it, labelling it a "perfect storm" and calling for the government to "get off their hands" and deliver significant stimulus.

"Right now retail is in dire straights, and stores will start closing," they said.

Foot traffic in major shopping hubs has plunged over recent weeks, down as much as 16 per cent in locations like Melbourne Central. Data from analytics company Kepler shows traffic inside stores for the last week of February was down 10.4 per cent, and is down 7.9 per cent for the year to date.

Fast-growing Chinese variety retailer Miniso has 32 stores across Australia, including a number at the country’s largest shopping centres. General manager Angeline Yan said the company was continuing to raise the issue of rents with landlords in light of the virus.

"It's in the works. Not everyone is as friendly as we'd like them to be," she said.

The executives are hoping the current downturn will spark a much-needed correction in retail rental markets which has for years been a sticking point for merchants.

"There has to be a correction on this. You can't run up 30 and 40% occupancy costs as they have in the past," one executive said.

A spokeswoman for Vicinity Centres, one of Australia's largest retail landlords, said the coronavirus has seen "some impacts" on customer visitation.

The ASX-listed company said it was monitoring the situation and was working closely with retailers to take a "comprehensive rather than reactive approach". This includes free parking at Box Hill Central in Melbourne in March to attract customers back in store.

Mark Steinert, chief executive of Stockland, said the company had not seen any material decline in foot traffic or sales due to the virus. "We work closely with our retailers and tenants across our commercial property business on an ongoing basis," he said.

Shopping Centre Council of Australia chief executive Angus Nardi said the organisation was monitoring the issue and assessing the impact of any government response.

"Across our industry, no two centres are the same and as is always the case, tenants can present their case directly to their landlord," he said.