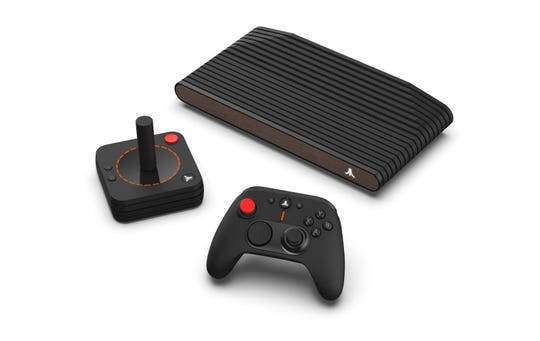 It is 2021, and I’m not playing on an Xbox, PlayStation or Nintendo Switch. Instead, I’m playing Atari.

This isn’t an old Atari 2600 previously collecting dust in a closet, or an emulator I found online. It’s a fresh home video game console: the Atari VCS.

Having spent some time playing Atari VCS, it’s easy to get trapped by the nostalgic feelings of popping in my “Asteroids” or “Missile Command” cartridges. However, the VCS delivers plenty of modern touches such as wireless, rechargeable controllers and Wi-Fi support for downloadable games.

The Atari VCS is available to preorder for $399.99 and includes the console, a wireless modern controller, and a wireless classic joystick.

The VCS design draws inspiration from earlier Atari consoles, including the 2600 and the Atari 7800. Gone are the analog switches to reset or start games or to choose whether you’re playing on a color or black-and-white TV. Instead, you have two USB ports in the front for charging controllers, an HDMI port for your TV, more ports for USB and Ethernet, and the power button.

The classic controller gets a 21st century twist, too. There’s now a second button that sits on the back of the controllers, right next to the standard red button Atari fans remember. The stick itself rotates, a nod to the old-school paddle controllers with a dial. There are also LED lights and rumble technology, so the controller vibrates as you play. 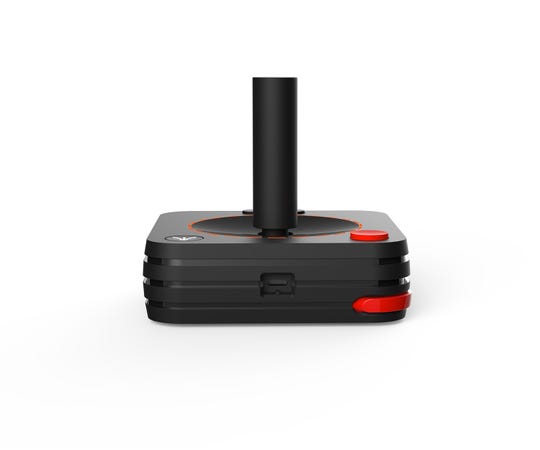 It’s Gonna Be May: The seasonal meme, explained

If you prefer using something more modern, the VCS also includes the standard controller you would find on other present-day video game consoles. It feels lighter, and mostly as comfortable as PlayStation or Xbox. The biggest knock: You have to manually turn off the power to the VCS to shut down. There’s currently no option to do this via controller the way you can on PlayStation or Xbox.

As for the games, Atari VCS is clearly going for an arcade-style vibe with its collection. The device itself comes preloaded with a variety of classic Atari titles, such as “Asteroids,” “Centipede,” “Missile Command,” “Millipede,” and “Pong.” But there are also some other interesting downloadable games available, including an arcade outer space-themed shooter called “GunTech.”

Here’s where Atari VCS gets interesting: You can also download other apps such as Netflix, Disney+ or YouTube. And the console is available in a PC mode, so owners are able to install their own operating system and use the device as a “mini-PC.”

The big concern that jumps out is whether this console might feel too niche. Its library is heavily tilted toward older arcade games. Of course, there’s the nostalgia play here, too. Is that enough to spend the same money on a VCS you’d drop for a PlayStation or Xbox? That’s the big question Atari will face when the VCS launches this spring.