PREHISTORIC stone carvings depicting red deer have been discovered in a Scottish tomb. 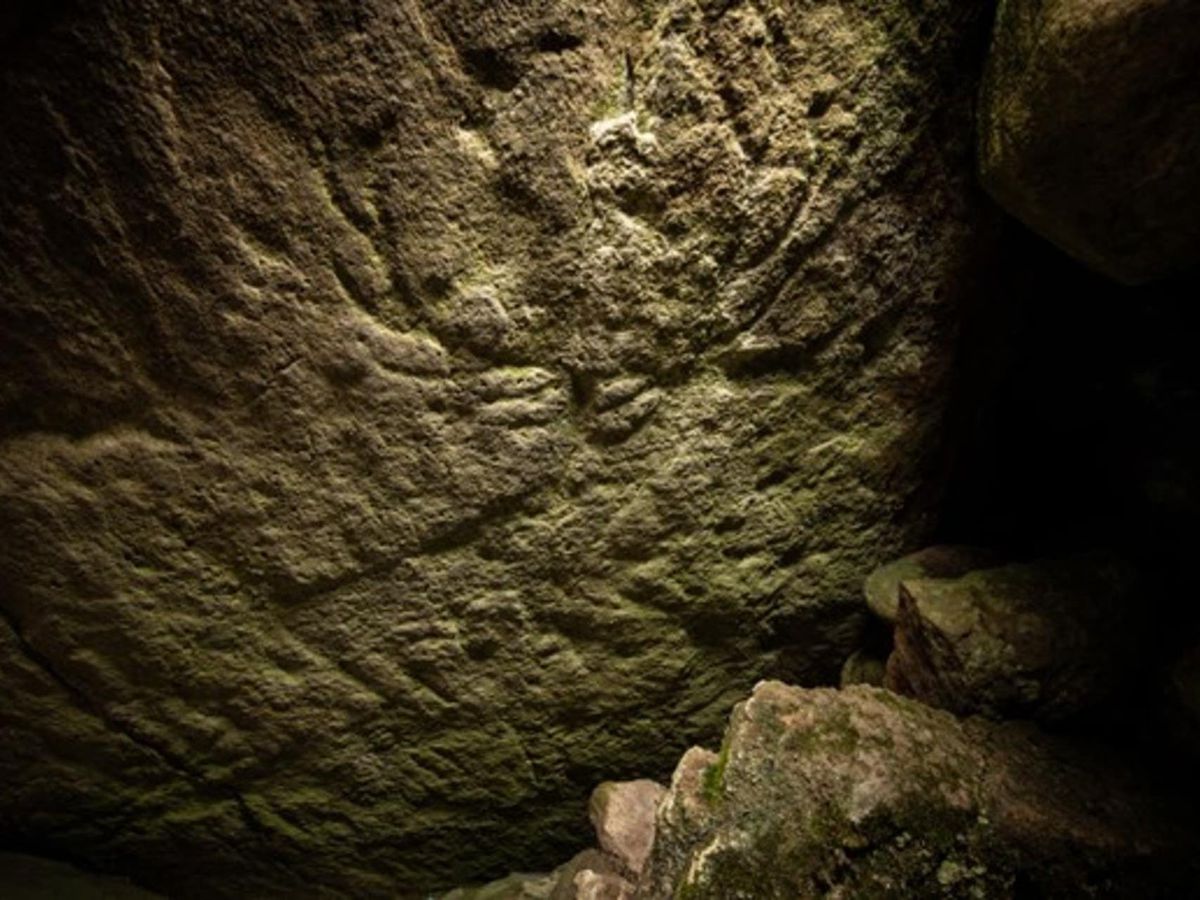 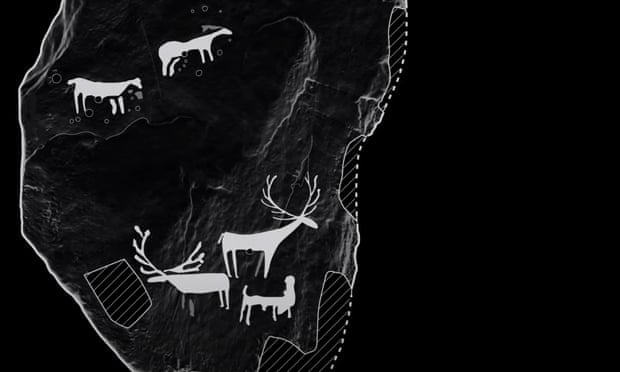 The tomb carvings are thought to show red deer and are the oldest known animal carvings in the UK.

Two of the deer appear to be adult males with antlers and the other three are said to be young deer.

They were spotted them by a man called Hamish Fenton on a visit Kilmartin Glen in Argyll.

It's home to the UK’s largest accumulation of Bronze Age and Neolithic sites. 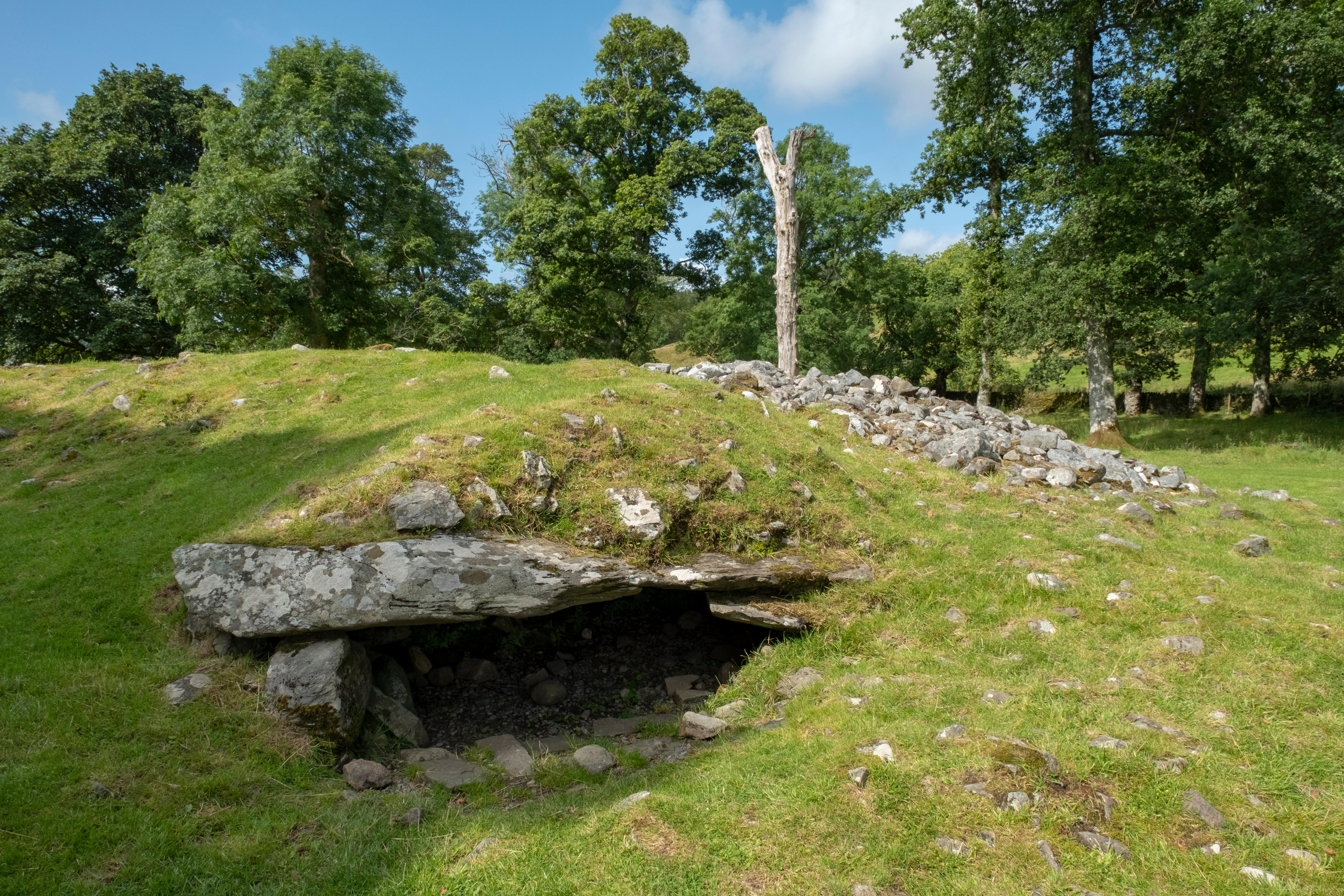 Experts think the carvings are somewhere between 4,000 and 5,000 years old.

That time period includes the Bronze Age and the Neolithic.

They were also found near prehistoric cup and ring markings, patterns that Kilmartin Glen is known for.

Fenton, an amateur archaeologist from Oxfordshire, was taking a look around Dunchraigaig cairn one evening with a torch when he spotted the markings on the cover of the burial chamber. 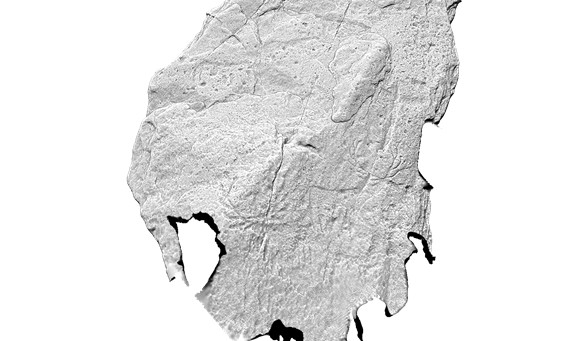 The burial site is thought to have been the final resting place for eight to ten Neolithic people.

He explained: "As I shone the torch around, I noticed a pattern on the underside of the roof slab which didn’t appear to be natural markings in the rock.

"I could see that I was looking at a deer stag upside down, and as I continued looking around, more animals appeared on the rock.

"This was a completely amazing and unexpected find and, to me, discoveries like this are the real treasure of archaeology, helping to reshape our understanding of the past."

Historic Environment Scotland, which owns the site, has now cordoned it off while surveys and preservation work take place.

It's already made 3D scans and models of the carvings so they can be studied further. 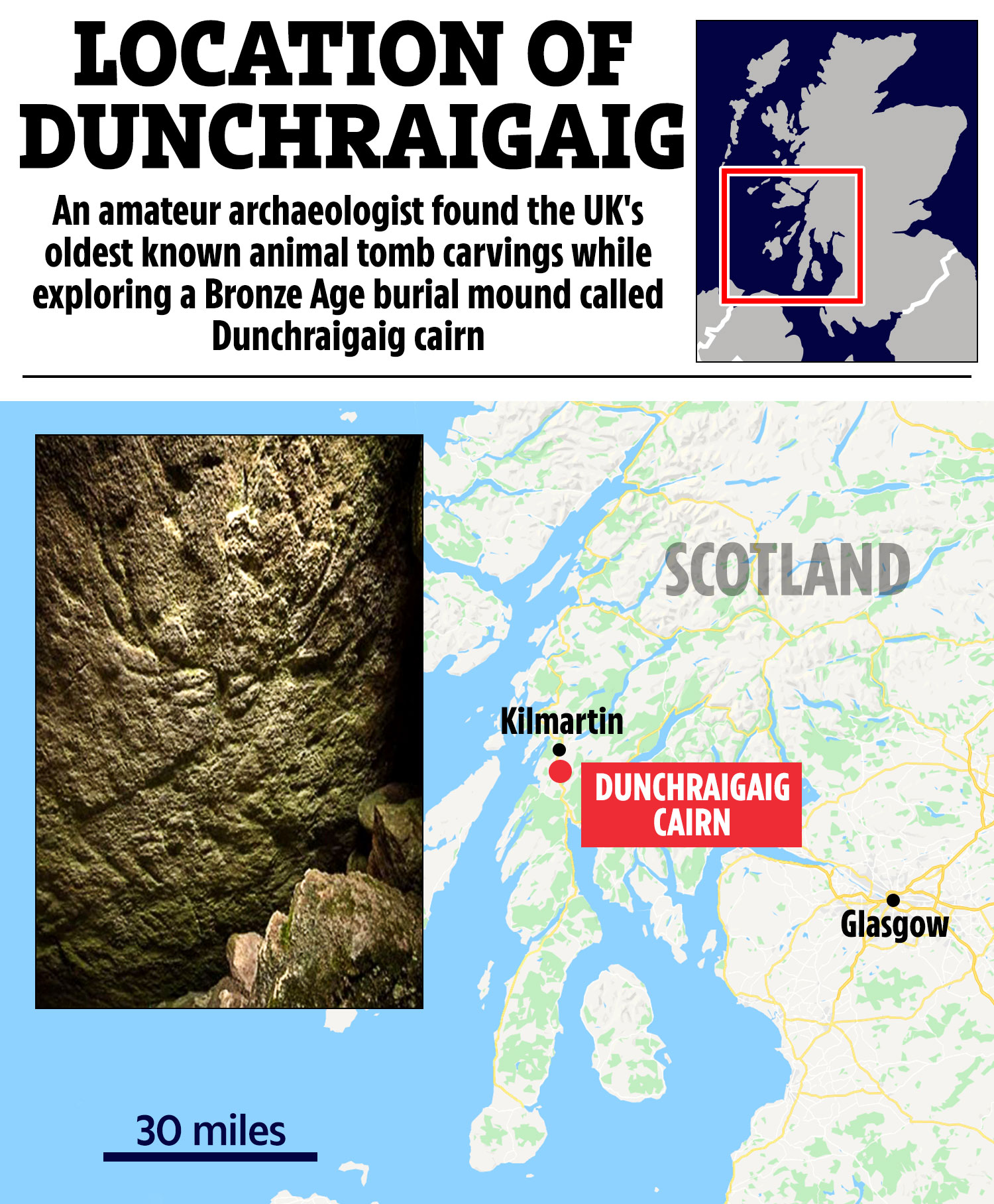 The style of the carvings is making researchers question what they thought they knew about rock art from this time period.

Dr Tertia Barnett, the project’s principal investigator, said: "While there are a few prehistoric carvings of deer in the UK, the only other ones created in the early bronze age are very schematic.

"It is remarkable that these carvings in Dunchraigaig cairn show such great anatomical detail and there is no doubt about which animal species they represent."

What was the Bronze Age?

In other news, an ancient amulet once believed to have protected women and children from 'evil spirits' has been unveiled by archaeologists.

Climate change may have been a major factor in one of the oldest examples of human warfare.

And, the mystery surrounding the age of the Cerne Abbas Giant may have finally been solved.

What do you make of the deer carvings? Let us know in the comments…