I’VE banned the C-word in my house.

Perhaps not the C-word you’re thinking of — I still use that every time I see footage of sweaty idiots cleaning out supermarket shelves, leaving nothing for the nurse who’s looking for some dinner after an 18-hour shift. 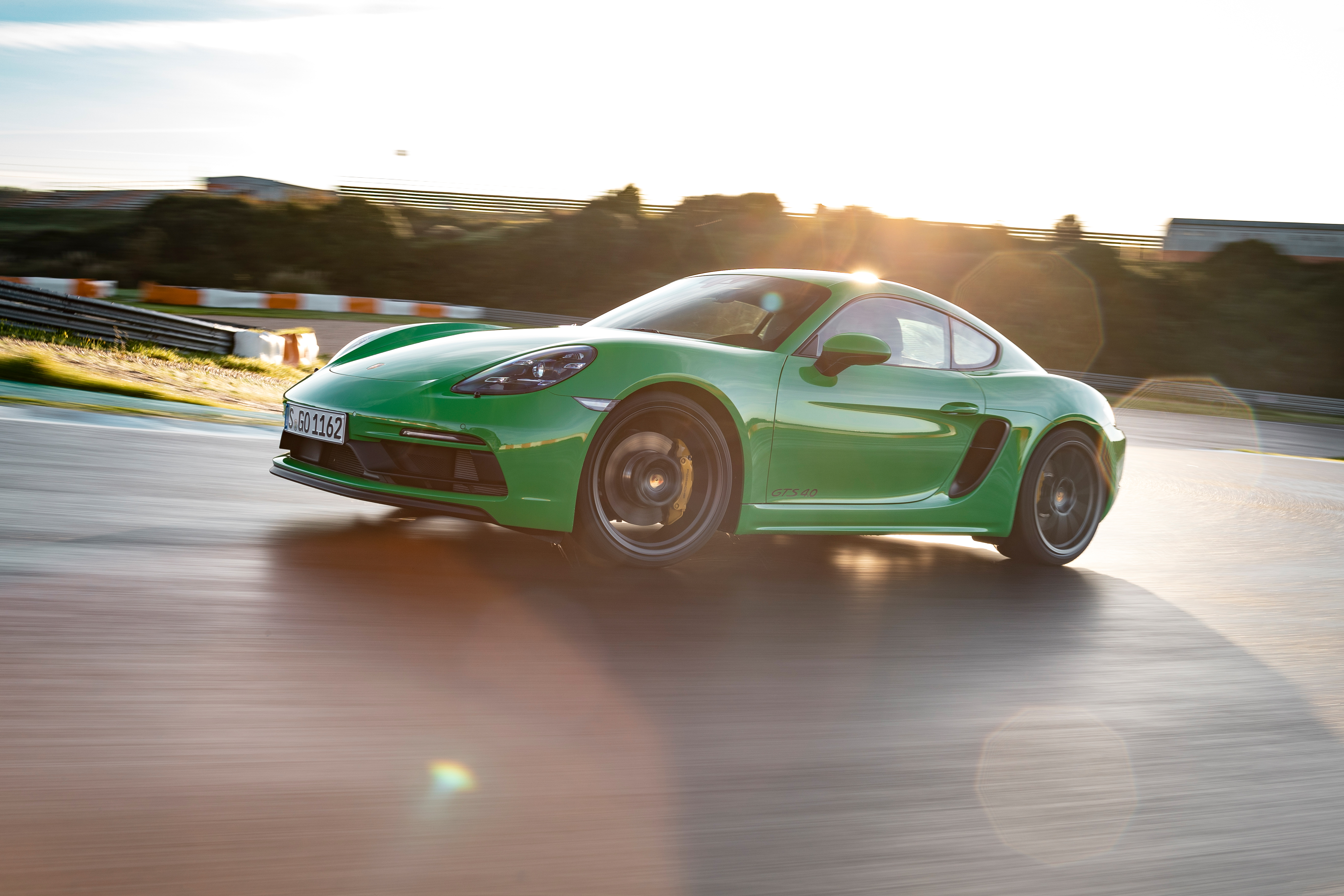 No, there’s a new C-word which I’m sick and tired of.

You know what it is, but you won’t hear it here, not today.

And I’m even winding the clocks back a few weeks to a simpler time, a time when I could drive cars and shake hands with the engineers who made them.

This car is special, so sit back and imagine it’s a warm summer’s day and you’ve just taken delivery of possibly the best all-round Porsche ever made.

Oh, and the cops don’t have the authority to nick you if they see you on a joy ride. 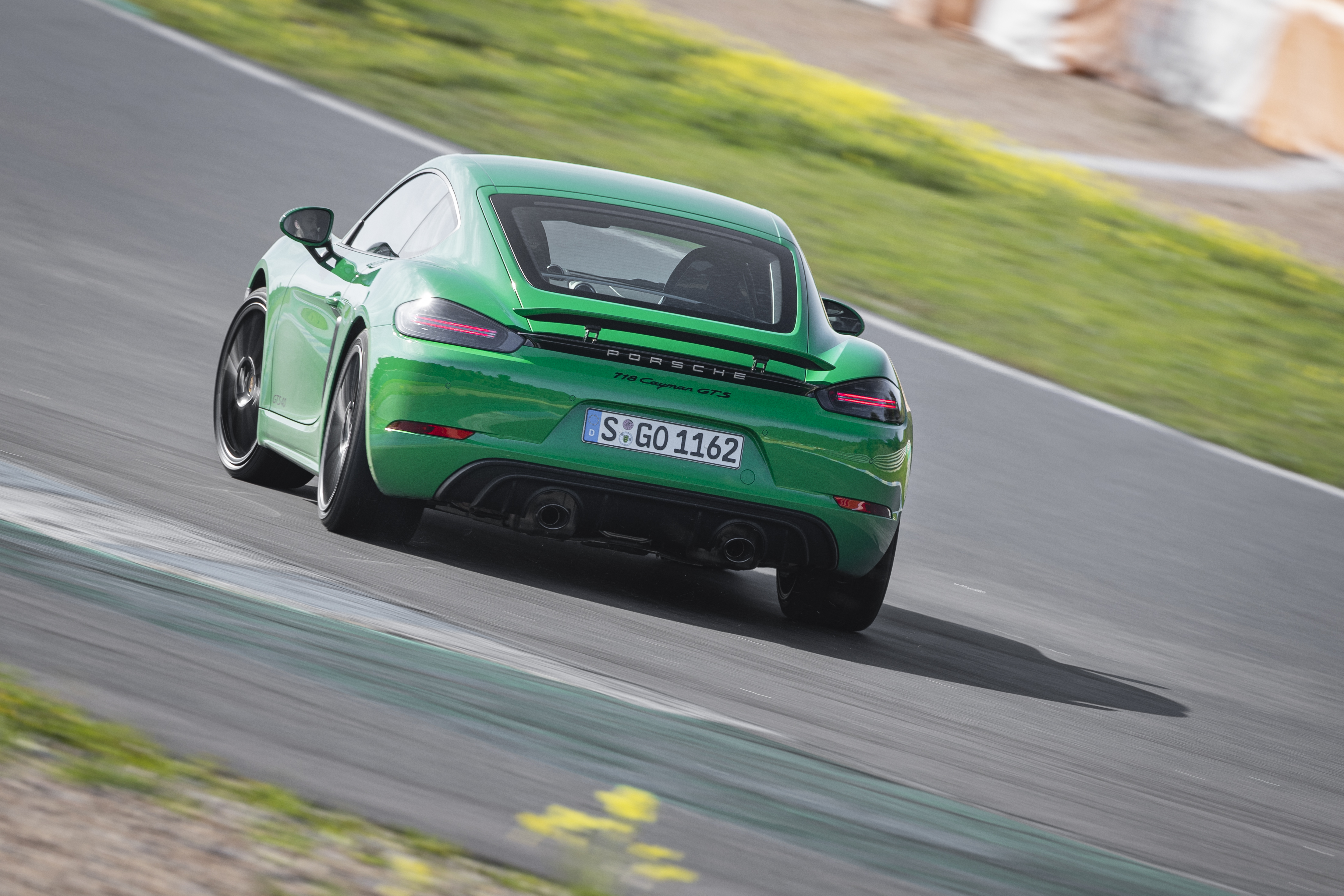 The old Cayman GTS was a fine car, don’t get me wrong, but with this new one Porsche has done something special by bringing back its signature naturally aspirated, six-cylinder engine.

A proper Porsche with proper lungs.

Porsche will say the move is because they want the GTS to return to the same principles as the Gran Turismo Sport models of old — on-track performance coupled with sublime road-going ability. 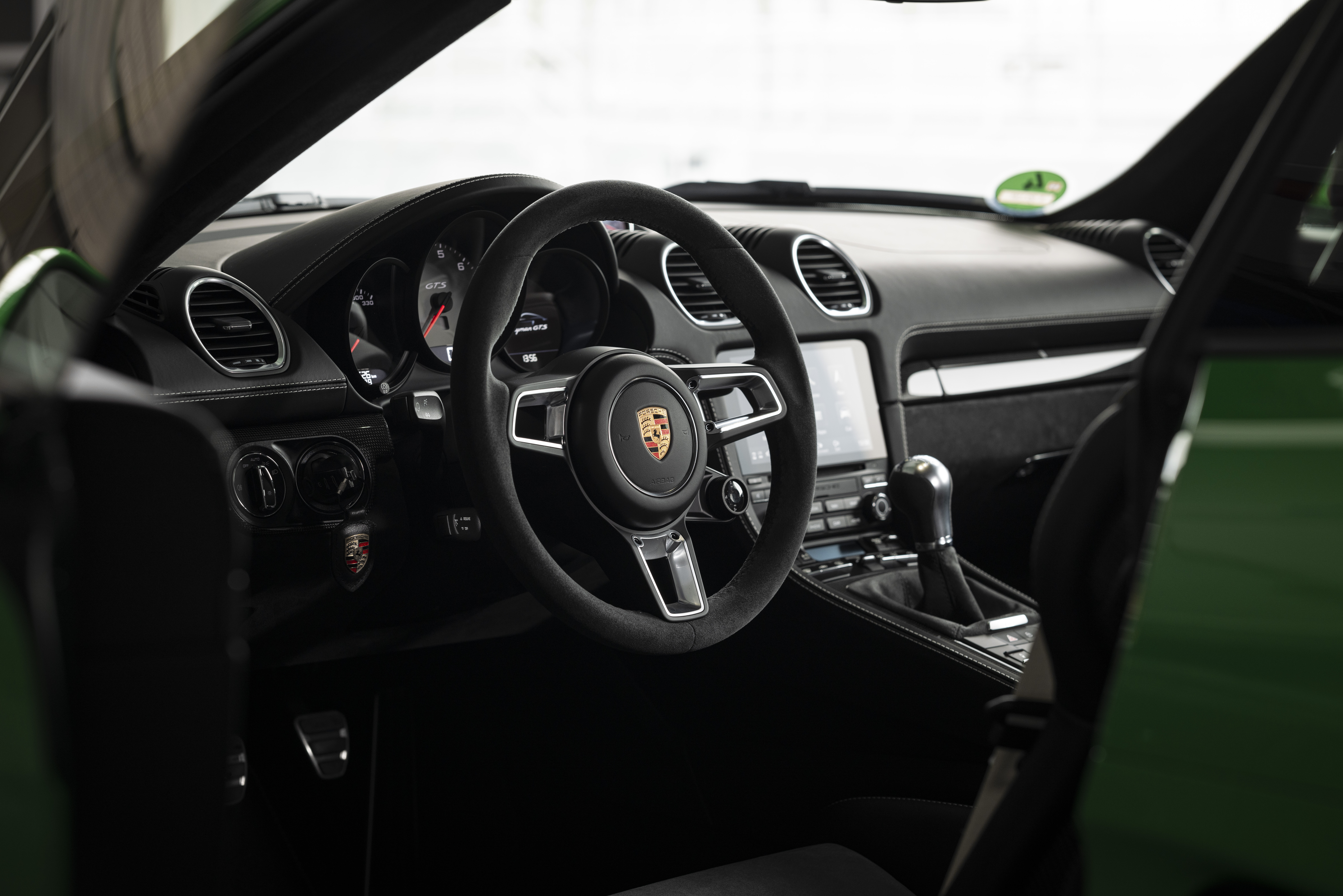 In reality, it’s because they brought the six-pot engine back for the range-topping GT4 last year, and to spin a profit out of all that engineering effort, it needed deploying somewhere else in the range.

Who cares, though, because it means the new GTS sounds and drives like a Porsche ought to.

Without the turbo for low-end grunt, you need to work it to get the engine singing.

It reaches the sweet spot of its maximum 420Nm torque between 5,000 and 6,500rpm, and this is the GTS’ happy place where all the fun happens.

Packing 400hp — down from the GT4’s 420hp thanks to a slightly restricted rev limit — it’s got more than enough shove. 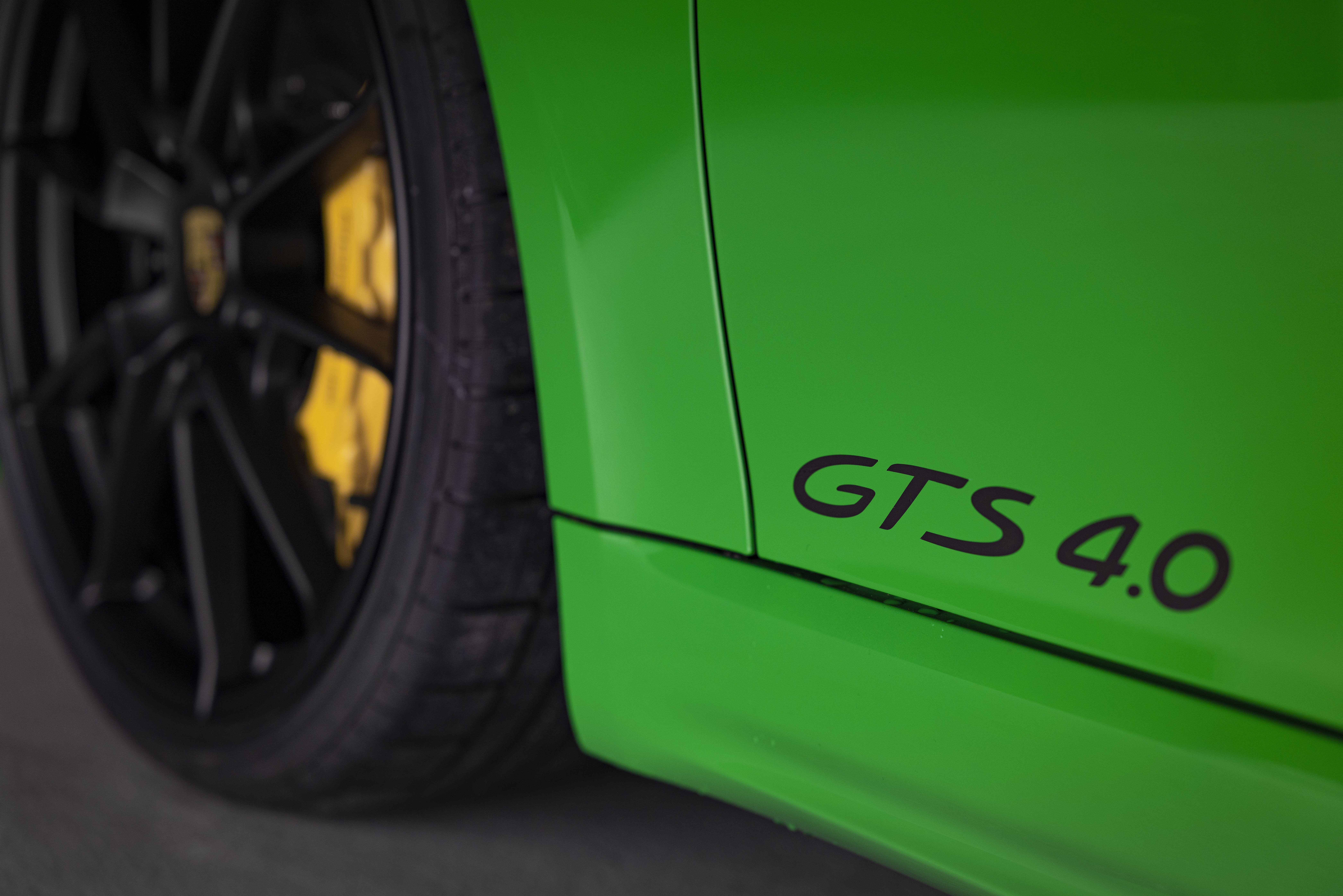 But off-the-line thrills are not what this car is about.

Even with all its fancy Porsche Adaptive Suspension Management (PASM), the GTS is a return to analogue driving, where the car is engineered so well it constantly communicates what is going on below you.

Turn in too hard and too fast, and that queasy feeling of understeer kicks in well before the front actually washes out, giving you plenty of time to trim the line, lift off the gas and bury the nose into the apex.

Oversteer, again, is entirely your choice. 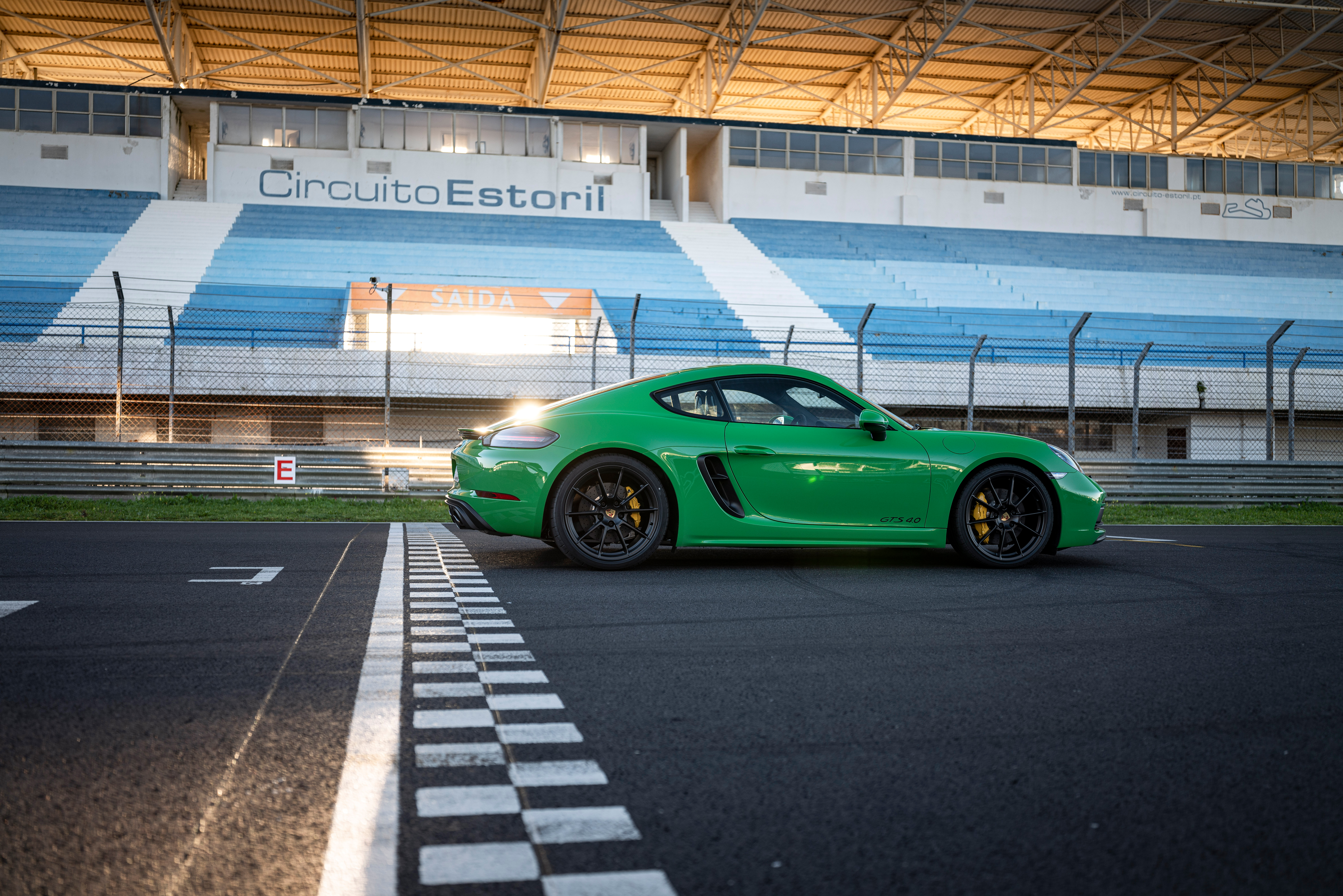 You can feel it coming well in advance and dial it up and down as much as you like, depending on how many people are watching your heroics and whether you fancy shredding the Pirelli P Zero tyres.

There’s a sizeable elephant in the room when it comes to the GTS — the aforementioned GT4.

The GT4 is more than £11,000 more and has the same engine, producing marginally more power.

It also comes with the same slicker-than-an-oiled-up-Craig-David manual gearbox.

So why pay the difference?

In reality, £11k gets you quite a lot more, not least a full underbody diffuser helping create over 100kg more downforce, plus a fancy rose-jointed suspension set-up.

But should you pay it? No, not in my opinion.

The GT4 is less comfortable on the roads than the slightly softer GTS.

And unless you’re a track- driving ninja, you probably wouldn’t notice the difference.

And nobody wants to be the guy in a GT4, getting smoked by someone in a GTS with a fraction more driving talent on a track day.

Anyway, there’s not much point in buying either until that total C-word of a virus has moved on.