Technology upstarts and investment firms are offering some unusually attractive opportunities to seasoned Wall Street professionals, including shots at multiplying their pay – an allure all the greater after banks showed restraint in doling out rewards for 2020. Exits are now proliferating as bonus season wraps up. 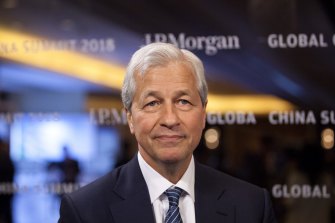 A pair of Goldman Sachs partners, including an architect of its consumer business, became the latest examples over the weekend by giving up coveted spots for an unconventional alternative: Walmart’s nascent financial-technology venture. A day later, news broke that another top Goldman executive left to join Tiger Global Management.

While Walmart certainly is not Wall Street, recruiters and industry veterans say the allure of such an opportunity is obvious: a shot at building something from scratch with enough resources to challenge incumbent players. That’s not to mention the potential riches if the new business succeeds.

“These people are very motivated, they’re super smart and they set goals for themselves,” said Noor Menai, CEO of CTBC Bank USA. They’re saying, ” ‘I built this, now I need to build something else.’ ”

Companies embarking on financial services need experienced people – not so much generic investment bankers or management consultants, but those who understand the intricate, unsexy details of consumer banking, such as consumer protection and lending risk, said Menai.

A division chief making $US10 million to $US15 million ($12.8 million to $19.1 million) at a top bank can make two to three times that taking the helm of a company, with more upside over time, one senior executive estimated.

The Goldman consumer bankers – Omer Ismail and his deputy David Stark – had scored promotions in recent months to carry out the 152-year-old firm’s biggest strategy refresh in decades. So it was not that Ismail was looking to leave Goldman but that an opportunity arose to make a big impact.

Walmart announced plans in January to build a fintech business with Ribbit Capital, a venture capital firm. Although the company has disclosed few details on its aspirations beyond saying it will serve shoppers and associates, its resources and credibility are enough to get Wall Street buzzing. JPMorgan Chase CEO Jamie Dimon mentioned Walmart during a Bloomberg Television interview on Monday when asked about the competitive environment. 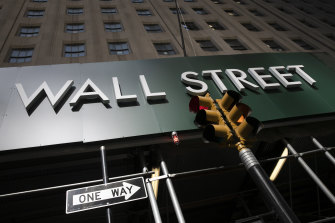 Jumps to investment firms are an older phenomenon, but they could pick up this year as senior money managers look to pass the torch or reinvest their profits from the bull market.

Despite their windfall last year, Wall Street banks are under pressure to improve shareholder returns by holding down costs – especially as some firms set aside cash to cover potential losses on loans. Keeping a tight hand on compensation helped big banks post results that sent some of their stock prices to record heights in recent weeks.

Initial recruiting packages may offer an immediate boost and have the potential to get dwarfed by greater payouts down the line if the venture proves successful. Closely held companies with external investors, such as Walmart’s partnership with Ribbit, can offer profit-sharing plans or equity awards separate from the parent company’s publicly traded stock.

“If Newco is being set up with an equity plan there could be substantial wealth creation realised while building something new,” said Charley Polachi, who runs executive search firm Polachi.

Money, however, is not the primary driver for many making the shift from finance to fintech, said Jon Pomeranz, a partner at executive search firm True Search in charge of those two areas.

“It’s the build,” he said. “The opportunity to be linked up with a brand that’s known by billions of consumers around the world – and the opportunity to get into an organisation where you can build a differentiated financial-services company.”