Former President Barack Obama has issued a statement marking 20 years since nearly 3,000 people were killed on Sept. 11, 2001, in acts of terrorism in New York City; Arlington, Virginia; and Shanksville, Pennsylvania.

At the time of the attacks, Obama was serving as a state senator in Illinois but he became most directly linked to the 9/11 story during his first term as president when, in May 2011, he gave the order for U.S. forces to conduct a covert operation to capture or kill Usama bin Laden, the Saudi Arabian founder of al-Qaeda, the terror organization that carried out the 2001 attacks.

The operation resulted in bin Laden’s death at age 54 in Abbottabad, Pakistan. 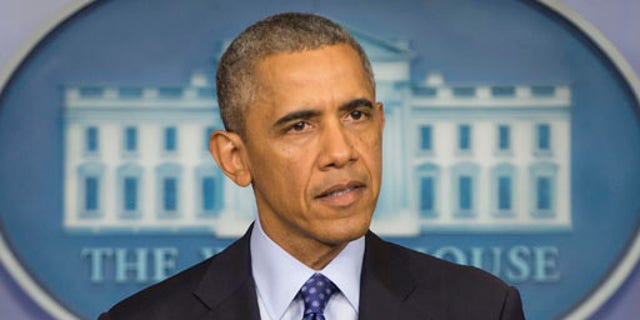 In his statement, Obama chose to focus on military personnel, police, firefighters, medical workers and others who risked their lives following the terror attacks in order to help others.

Below is Obama’s complete statement:

Statement from President Obama on the 20th Anniversary of 9/11

Today we honor the nearly 3,000 men, women, and children who died on September 11, 2001, and even more who lost their lives in service to our country in the two decades since. We reaffirm our commitment to keep a sacred trust with their families — including the children who lost parents, and who have demonstrated such extraordinary resilience. But this anniversary is also about reflecting on what we’ve learned in the 20 years since that awful morning.

That list of lessons is long and growing. But one thing that became clear on 9/11 – and has been clear ever since – is that America has always been home to heroes who run towards danger in order to do what is right.

America has always been home to heroes who run towards danger in order to do what is right.

For Michelle and me, the enduring image of that day is not simply falling towers or smoldering wreckage. It’s the firefighters running up the stairs as others were running down. The passengers deciding to storm a cockpit, knowing it could be their final act. The volunteers showing up at recruiters’ offices across the country in the days that followed, willing to put their lives on the line.

Over the last 20 years, we’ve seen the same courage and selflessness on display again and again. We saw it a decade ago when, after years of persistence, our military brought justice to Osama bin Laden. And we’re seeing it today — in the doctors and nurses, bone tired, doing what they can to save lives; the servicemembers, some of whom weren’t even born 20 years ago, putting themselves at risk to save Americans and help refugees find a better life; the first responders battling roaring fires and rising waters to bring families to safety. They represent what is best in America, and what can and should bring us together.

9/11 reminded us how so many Americans give of themselves in extraordinary ways – not just in moments of great crisis, but every single day. Let’s never forget that, and let’s never take them for granted.