North Korea fired several projectiles into the sea on Monday, the country’s second weapons test in a week as tensions have heated up once again on the Korean peninsula.

The South Korean military said the North fired three unidentified projectiles, some flying about 125 miles before falling into the East Sea, Yonhap News reported. The outlet noted it appeared to be some sort of military exercise similar to one from March 2, which was denounced by some European nations as a “provocative” act that could undermine efforts to negotiate with the country’s leader, Kim Jong Un.

“The launches appear to be part of its artillery strike drill involving multiple types of multiple rocket launchers for a wintertime exercise, following the previous ones staged on Feb. 28 and March 2,” South Korea’s Joint Chiefs of Staff said in a statement to Yonhap.

Negotiations between Kim and President Donald Trump have stalled over the past year after a failed summit in Vietnam last February related to the country’s nuclear ambitions. Kim has since pledged to jumpstart the weapons program, saying in January that the North was no longer bound by a moratorium on testing and promising to conduct some sort of trial “in the near future.” 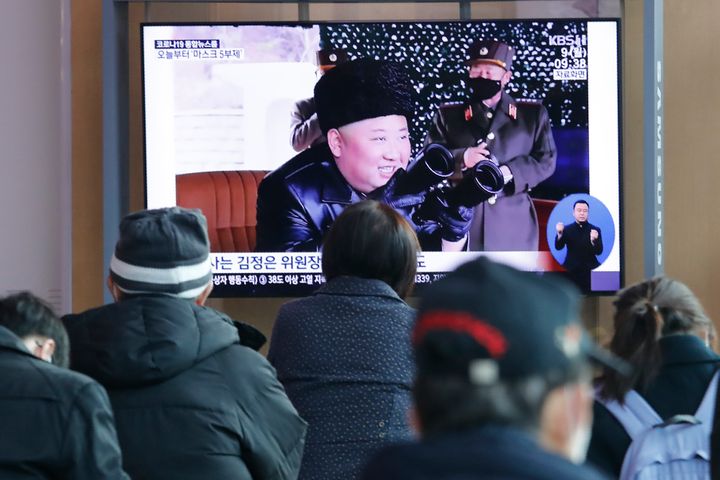 Trump, for his part, has shrugged off those threats, saying that Kim “likes me” and was a “man of his word” at the time.

Last week’s test involved two projectiles and Kim was on hand personally to oversee the test of what North Korea called a “super-large multiple rocket launcher.” Seoul denounced that test at the time, saying it did “not help efforts to reduce tensions on the Korean Peninsula.”

But Kim’s sister released a rare statement of her own condemning South Korean President Moon Jae-in’s office as “idiotic,” saying it had the right to test its own weapons due to longstanding joint military exercises between the South and the United States.

“Such incoherent assertion and actions … only magnify our distrust, hatred and scorn for the South side as a whole​,” Kim’s sister and aide, Kim Yo-jong, said in a statement.

Kim has extended words of support to South Korea as it deals with an outbreak of the novel coronavirus that has sickened more than 7,300 people, writing in a letter of his “unwavering friendship and trust toward President Moon and said that he will continue to quietly send his best wishes for President Moon to overcome,” according to the AP.

In January, Trump reportedly said he hoped to resume talks with Pyongyang about its nuclear program after months of stalled negotiations.