South Dakota Gov. Kristi Noem said the media is “trying to destroy my children” after a report alleged she engaged in a conflict of interest following a meeting with the head of the state agency in charge of approving or denying her daughter’s application to become a real estate appraiser.

The Associated Press reported that Kassidy Peters, 26, obtained her certification in November 2020, four months after her mother met with her, state labor Secretary Marcia Hultman, and the head of the state agency that oversees appraiser certifications, Sherry Bren.

In a Monday tweet, Noem, a Republican, pushed back on the story and claimed the media was going after conservatives.

“Listen I get it. I signed up for this job. But now the media is trying to destroy my children,” she wrote. “This story is just another example of the double standard that exists with the media… going after conservatives and their kids while ignoring Liberals #AskTheBigGuy.”

Bren, 70, she was summoned to meet Noem and said she was presented with a letter from Peters’ supervisor, Kristine Juelfs, who said she disagreed with the denial and that Peters – who began working as a state-registered appraiser in 2016 – ran up against an inefficient process.

“My upgrade to become a Certified Residential Appraiser was very lengthy and I was expected to navigate through many obstacles from the very beginning,” Peters told the AP. “I’m glad I have it now and that I have the privilege to serve my clients in South Dakota.” 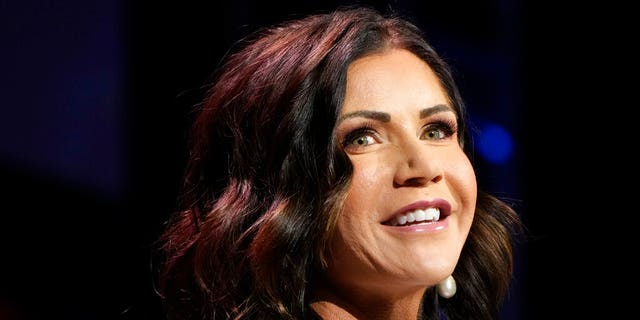 Ian Fury, a spokesman for Noem, told Fox News the news report was part of an effort to attack the governor.

“The Associated Press is disparaging the Governor’s daughter in order to attack the Governor politically – no wonder Americans’ trust in the media is at an all-time low,” Fury said in a statement. “South Dakota is open for business. We won’t allow bureaucratic red tape to get in the way of South Dakota’s sustained economic growth.

“Having more quality appraisers in the market will help keep our housing market moving and home prices down,” he added.

As far as the meeting, Noem was engaged in a conflict of interest, Richard Painter, a professor at the University of Minnesota Law School and former chief ethics lawyer for former President George W. Bush, told the AP.

Months after the meeting, Hultman demanded Bren, 70, retire, according to an age discrimination complaint filed by Bren, which was later settled for $200,000.