Commercial free-to-air television networks have criticised a discussion paper released by the media regulator which raised concerns about the influence of advertisers in news programs, warning any changes to media rules would be problematic for journalism.

Industry group Free TV, which represents the interests of Nine Entertainment Co, the publisher of this masthead, Seven West Media and Network Ten, in its submission says there is "no evidence" to suggest regulation is needed.

The paper, released by the Australian Communications and Media Authority in January, found eight out of 10 Australians were worried about the influence advertisers had on news bulletins. 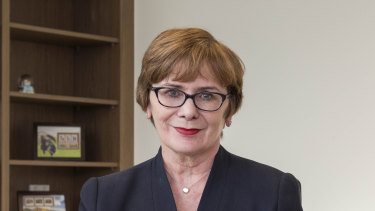 Free TV's argument follows the release of the government's response to the Australian Competition and Consumer Commission's digital platforms inquiry, which looked at the disruption to traditional media caused by technology platforms Facebook and Google. The submission says commercial pressure caused by technology platforms and the arrival of streaming services already limit broadcasters' ability to use resources for quality journalism. Additional rules would add to that pressure, Free TV says, and may "reduce the availability and diversity of quality public interest journalism for Australians".

"Instead, there remains a pressing need to implement the recommendation of the Digital Platforms inquiry, which has been accepted by the Australian government, to develop a platform-neutral coherent regulatory framework that applies to all entities involved in content production or delivery in Australia," the report says.

The group formed its submission after commissioning an independent review of the ACMA's research from firm Resolve Strategic. The broadcasters' research said there were limitations and 'serious flaws' in the initial report as it did not look at examples of compliance and did not involve analysis of content that showed the prevalence or severity of the issues being discussed.

Free TV chief executive Bridget Fair said the discussion paper was not a "reliable basis" for policy decision making. "We are surprised that the authority [ACMA] focused on commercial television as being the hotbed of problems around impartiality and commercial influence when we are surrounded by totally unregulated platforms filled with fake news and misinformation," Ms Fair said.

"We don't agree that there is a problem with impartiality or commercial influence in commercial television news. The discussion paper fails to set out any hard evidence of a systemic problem. If an issue were to arise, we already have a comprehensive range of rules in our code of practice which are available to address these concerns.

"There were certainly some real flaws in the way the research was designed and the nature of the questions asked which means that it is not a reliable basis for a policy or regulatory response."

ACMA's paper analysed 160 hours of television news and current affairs on commercial networks and 80 hours of commercial radio content in January. It found 77 per cent of participants were concerned there was a lack of disclosure of the commercial arrangements between networks and advertisers, putting pressure on the broadcasters to provide viewers with greater disclosure.

A number of examples were used in the report, including a Nine News Now report on retail chain Big W's Toy Mania sale featuring products and prices without disclosure of any commercial relationship, and a Seven News segment about a new Samsung television available at Harvey Norman, which was followed by an advertisement for the retailer. Free TV's submission says no examples used in the initial report was the result of a commercial arrangement.

Libertarian think tank the Institute of Public Affairs, a vocal critic of the ABC, is also against regulatory changes and is suggesting a radical reduction of the regulations currently placed on commercial news organisations.

IPA director of policy Gideon Rozner said in a statement the discussion paper was a “flawed contribution” to the debate about the future of journalism.

“If ACMA does in fact implement whatever proposals emerge from this inquiry, it will further add to the lopsided regulatory environment and disadvantage commercial broadcasters,” Mr Rozner said.

The IPA criticised the media regulator as “short-sighted” in its submission, arguing the impact of fake news is limited and consumers can tell the difference.

The controversial think-tank further called for the full abolition of defamation laws, the removal of all codes applying just to commercial broadcasters, the privatisation of public broadcasters ABC and SBS, and getting rid of the media regulator entirely.