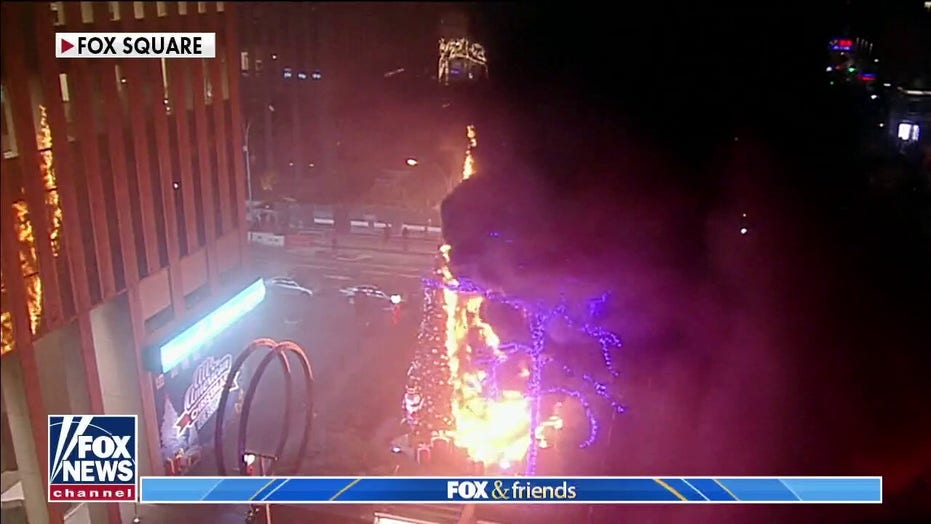 A headline from The New York Times was set ablaze for suggesting the Fox News Christmas tree set itself on fire.

However, the Times raised eyebrows with its story, running the headline, “Fox News Christmas Tree Catches Fire in Manhattan.”

The paper offered a slightly fuller picture in its sub-headline, which read, “The police said that a man was in custody in relation to the blaze.”

Critics torched the Times on social media for downplaying the arsonist role in the headline.

“This is the kind of headline that gets used when a forest is lit on fire by lightning. Not when an arsonist purposefully burns something,” former U.S. attorney and Right on Crime executive director Brett Tolman wrote.

The Times later changed its headline to “Fox News Christmas Tree Is Set on Fire in Manhattan” following the backlash.

The red, white and blue-themed tree was 50 feet high, decorated with 10,000 glass ornaments and 100,000 lights. It took workers 21 hours to assemble the decorations.

FOX News Media CEO Suzanne Scott announced on Wednesday that the Christmas tree would be rebuilt and a new tree-lighting ceremony would take place on Thursday.

“We will not let this deliberate and brazen act of cowardice deter us,” Scott wrote in a memo to Fox News staff. “We are in the process of rebuilding and installing a new tree as a message that there can be peace, light and joy even during a dark moment like this.” 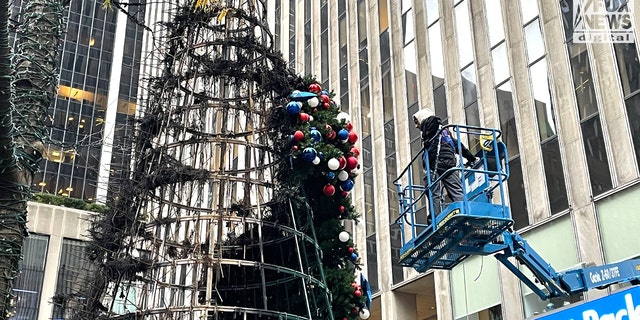 Cardinal Dolan, our contributor Reverend Jacques DeGraff, Rabbi Joseph Potasnik, and members of the FDNY and NYPD will also attend the lighting along with Christmas carolers.

Both FOX News Media and Fox Corporation have made a $100,000 donation to Answer the Call which provides financial assistance to the families of fallen service members of the FDNY and NYPD, the two agencies who responded immediately to the arson incident.