IT’S only little but the Fabia is H U G E for Skoda.

More than 4.5million sales worldwide. including 375,000 in Britain. 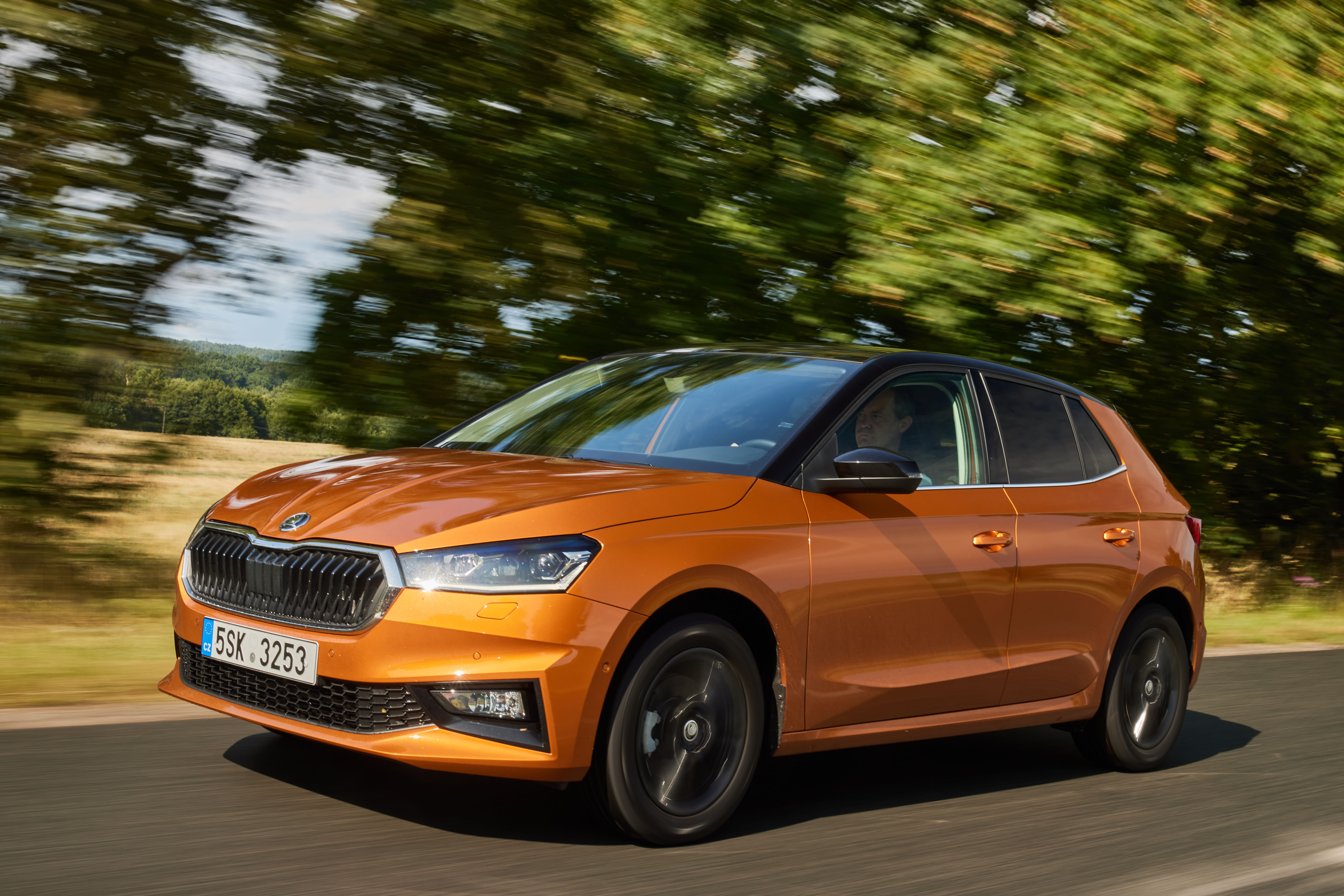 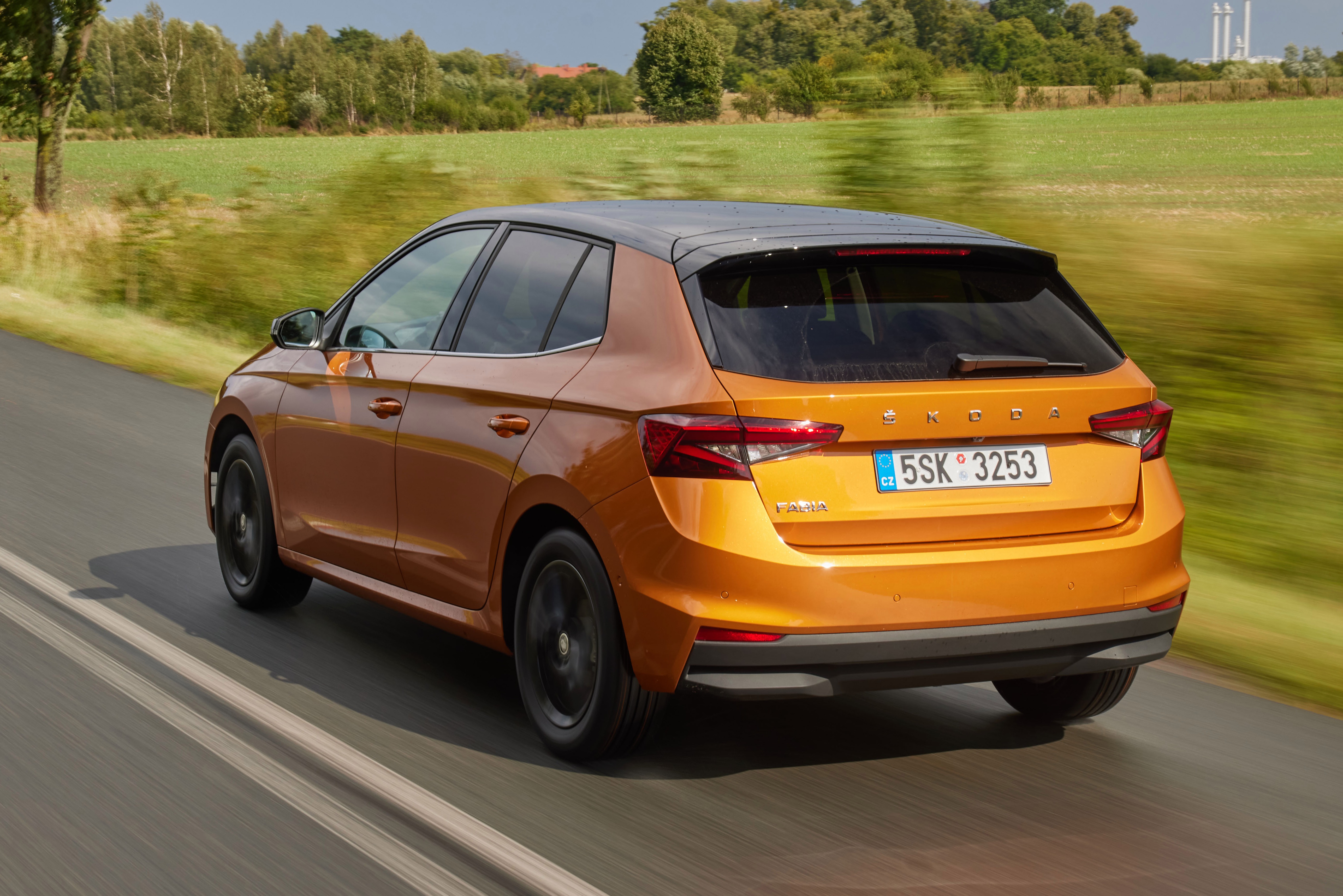 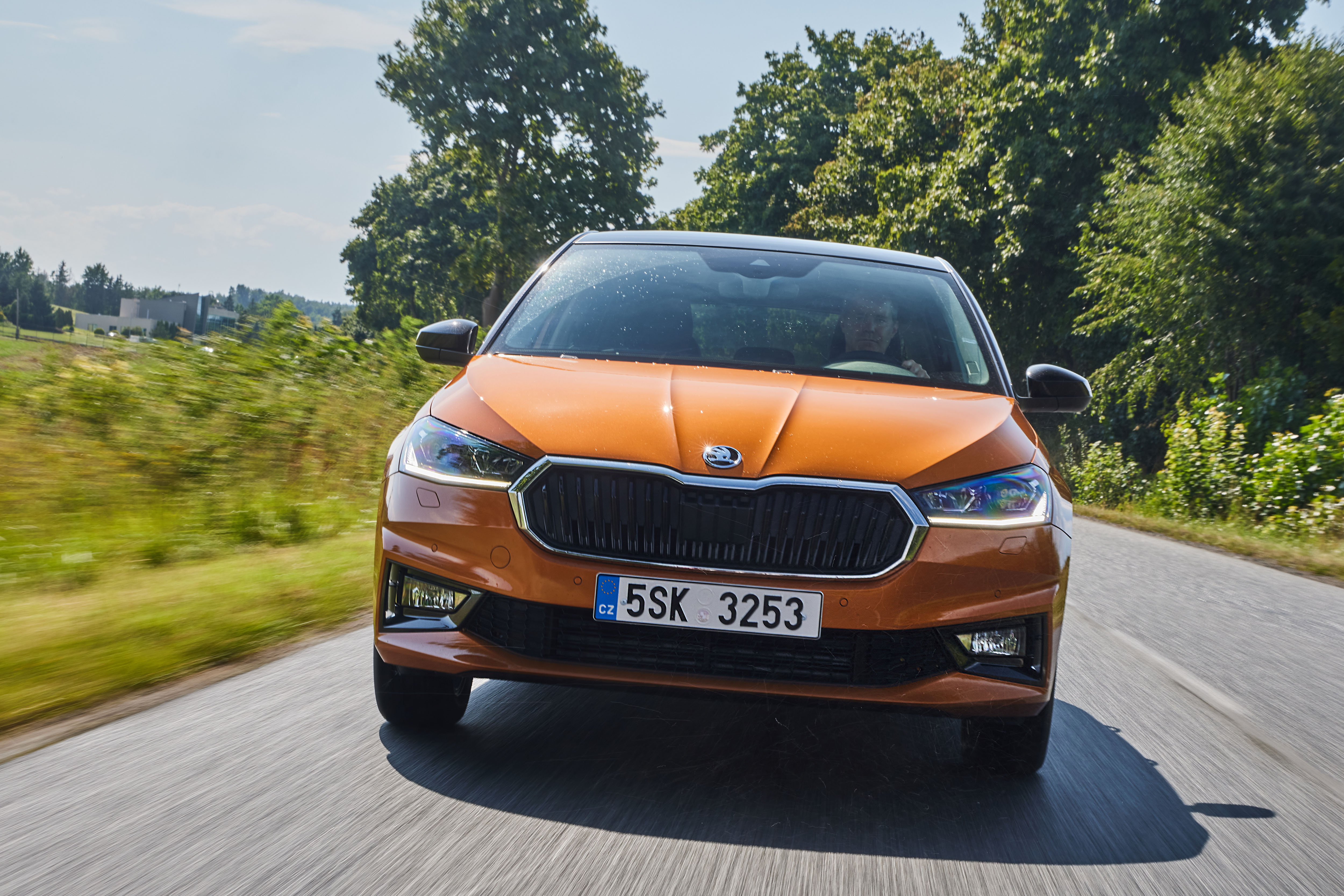 The average age of a Fabia owner, however, isn’t such a boast-worthy figure for the Czechs. It’s 55.

So ex-Volkswagen design guru Oliver Stefani has been charged with lowering this while maintaining all the unerring practicality, roominess and value which makes up Skoda’s DNA.

Straight off the bat, this Fabia looks much fab-ier.

Longer and wider than before, the sharp crease lines linking the proud new BMW 1 Series-esque grille to the trendy split-LED rear tail lamps, sculpted bonnet and roof spoiler definitely do the trick for starters.

In fact, its new stretched wheel-base is longer than the original Skoda Octavia — the Fabia’s big brother.

And capping off the repackaged success, there is greater headroom in the back and 50 litres more boot space, which brings it to 380 litres — the same as a VW Golf.

The Fabia cabin takes its lead from the newly launched Enyaq, with a big, free-standing infotainment touchscreen set into a contemporary, swoopy fabric-covered dashboard.

The binnacle is cool too, with bold cutaways featuring the Fabia name — something not previously shouted about at all.

And inside it nests an optional digital cockpit display like you’d find in an expensive Audi.

I say optional, but you’d be daft not to have it for a few extra quid a month.

Honestly, Mr Stefani and his 100-strong design team from 25 countries have pulled it out of the bag here.

Well, it’s a little less successful in that department.

From launch there are four petrol engines to pick from but they’re all very sensible one-litre, three-cylindered ones. And they range from 65hp to 110hp, with only the turbocharged top one offering the option of a seven-speed auto.

That said, the five-speed manual is more of a natural fit for these low-powered engines at urban speeds but there’s a lack of grunt that can prove noticeably tedious at times when you want to press on.

The benefit of this, of course, is fuel economy, with all the engines returning nearly 50mpg.

The ride is on the softer side, and composed for the most part, while the direct steering leaves nothing to complain about for a runabout. Early next year there will be the further option of a 1.5-litre 150hp petrol, which should be more fun to drive — although exclusively available as an auto.

So no hybrid or electric options to be had?

Nope. Not happening. And for good reason. Skoda is insistent on keeping the Fabia excellent value for money, and this is how they’re doing it, by not over-developing and not needing to pass that expense on to the buyer.

Or being Simply Clever — as they like to say. Which brings me neatly on to the little touches Skoda toss in to make your life just a tad easier. These include a windscreen ticket clip, removable and adjustable easy-open cup-holders, umbrellas in the doors, a bonus USB-C port in the rear-view mirror for tidy dashcam power, and wireless charging.

Tech’d up with larger car treats including a heated steering wheel and windscreen, adaptive cruise control and park assist, the Fabia is in frugal fighting form to strengthen its position in the supermini league.

It’s a simple and comfortable case of price, practicality and presentation over performance and you don’t need to be 55 to be down with that. 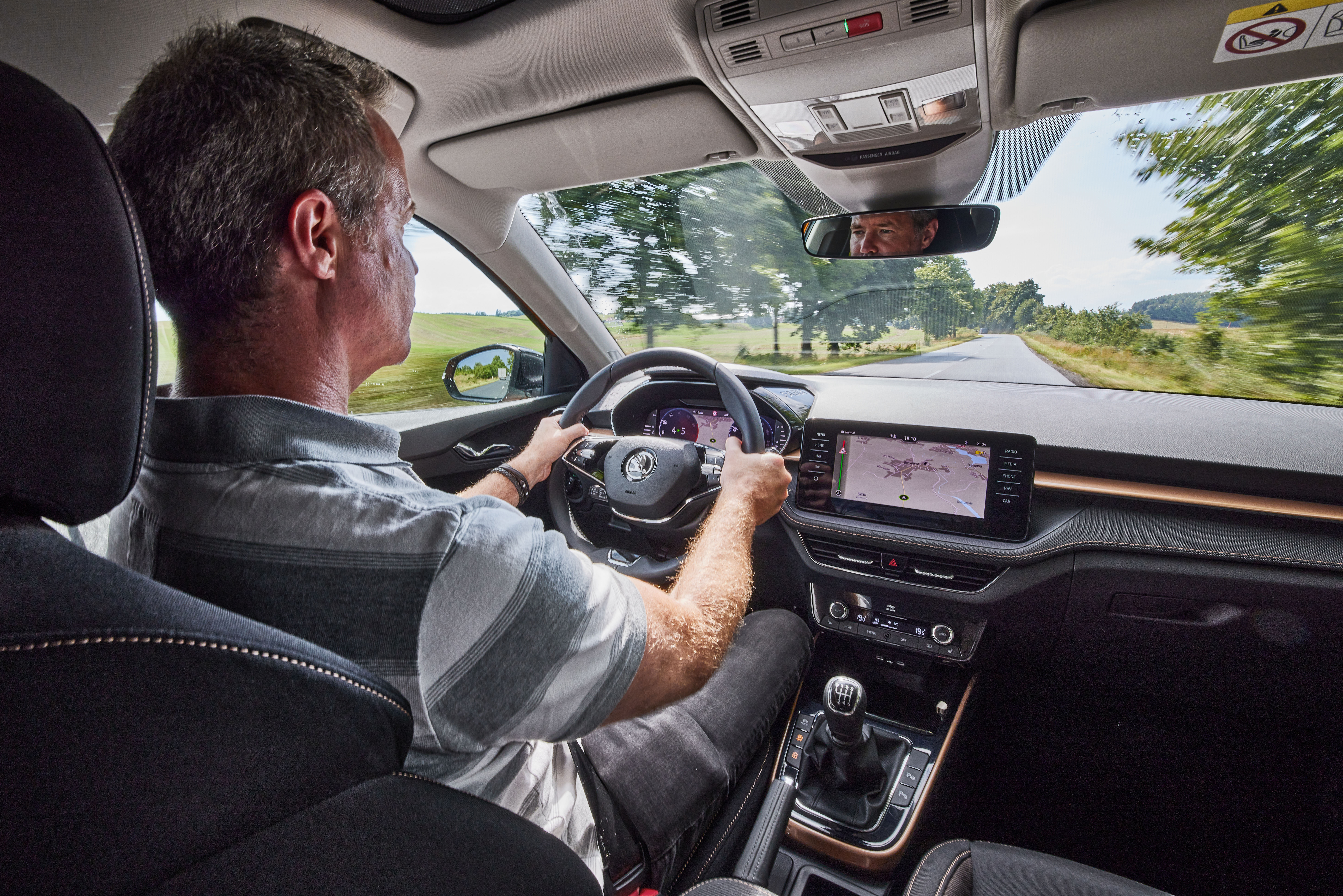 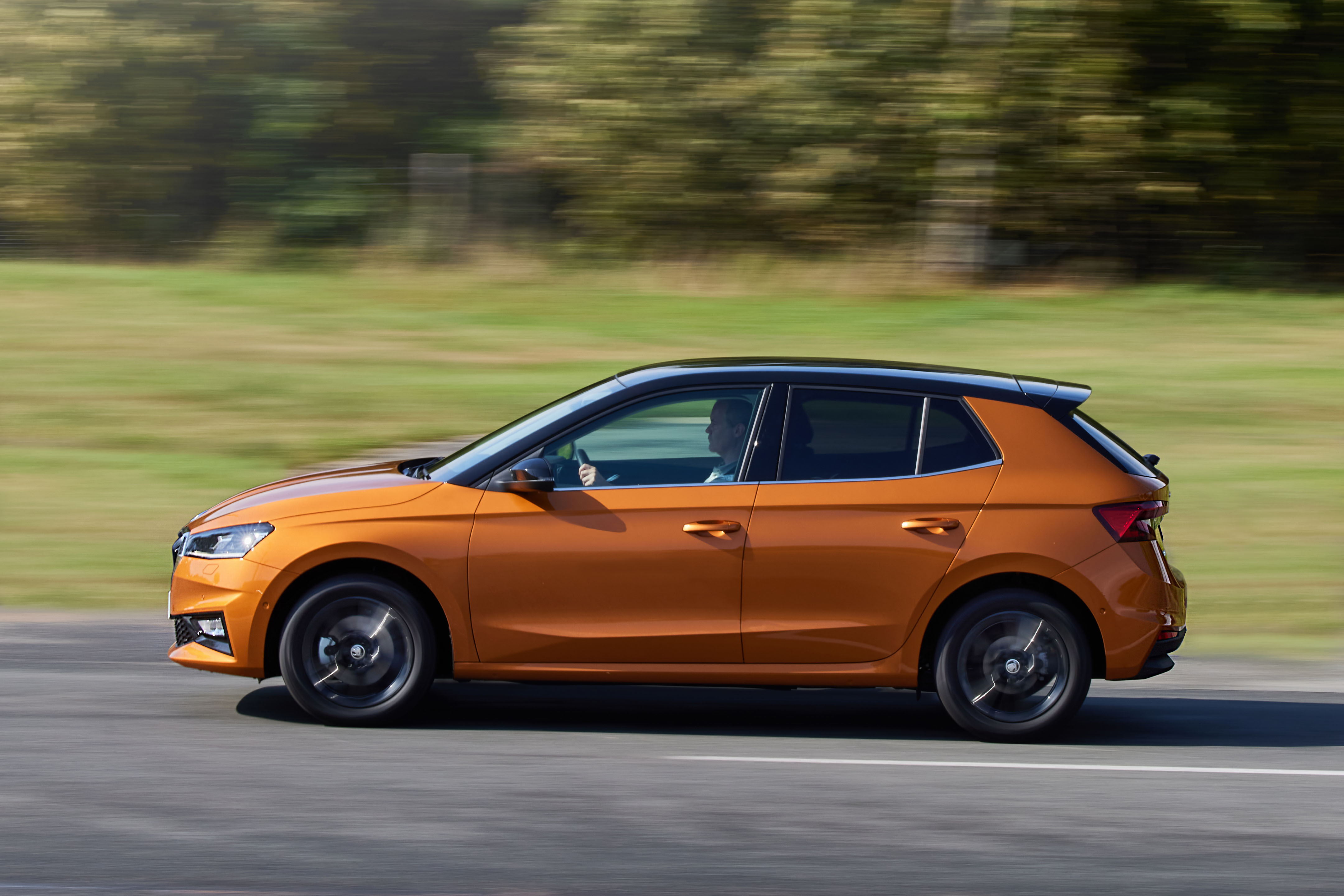