A MYSTERIOUS ancient tablet thought to be linked to the death of Jesus may not be what it seems.

The famous Nazareth Tablet was thought to have warned grave robbers away from tombs 2,000 years ago shortly after the disappearance of Jesus' body. 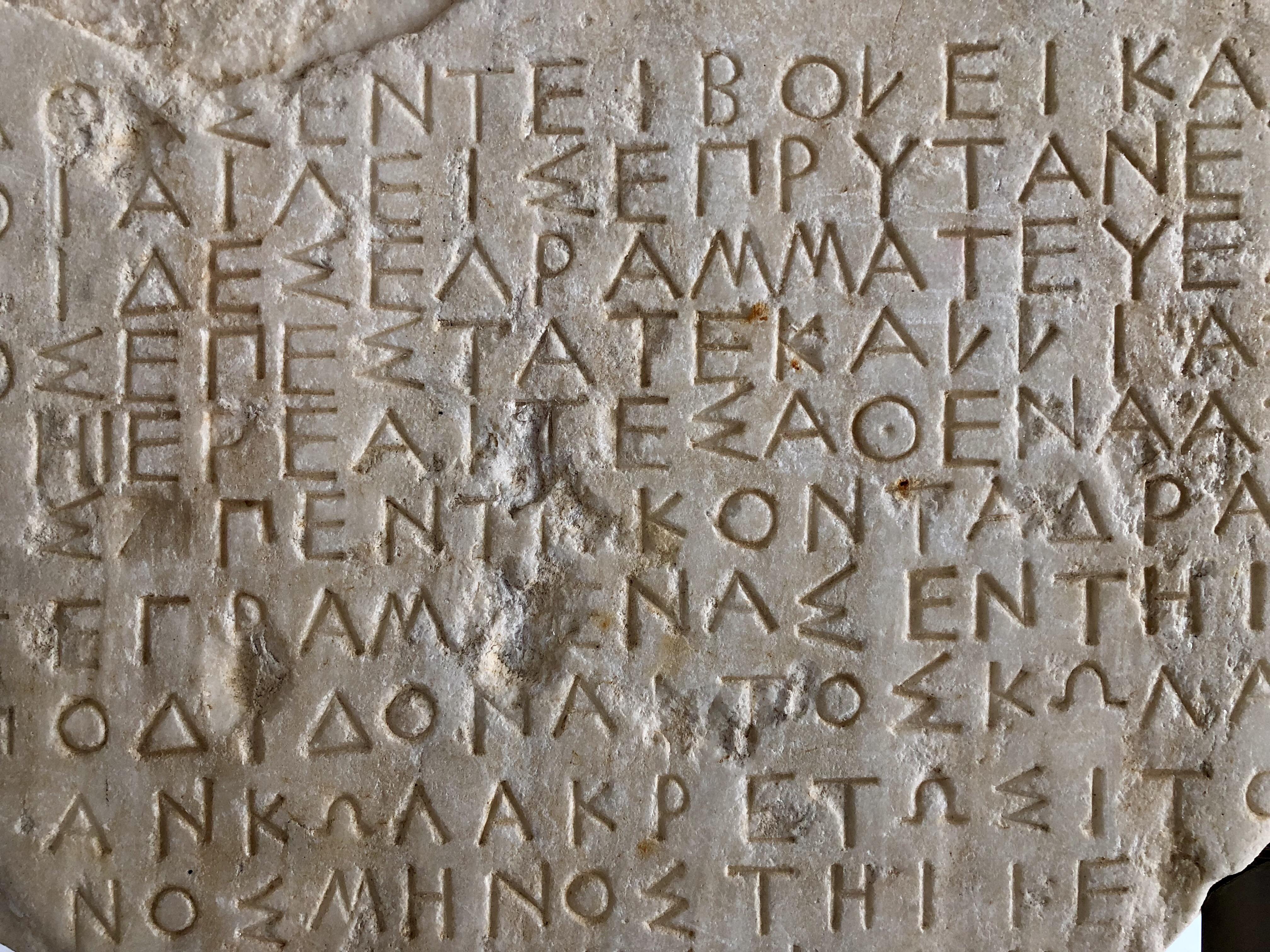 However, a new study suggests it was not carved in the Middle East. Instead, it was made in Greece where it apparently protected the grave of a local tyrant.

Written in Greek, it appears to have been issued by a Roman ruler named Caesar calling for capital punishment for anyone who removes a body from a tomb.

The tablet was brought to light in the 1920s after the French collector who owned it died leaving a note claiming it was "sent from Nazareth". 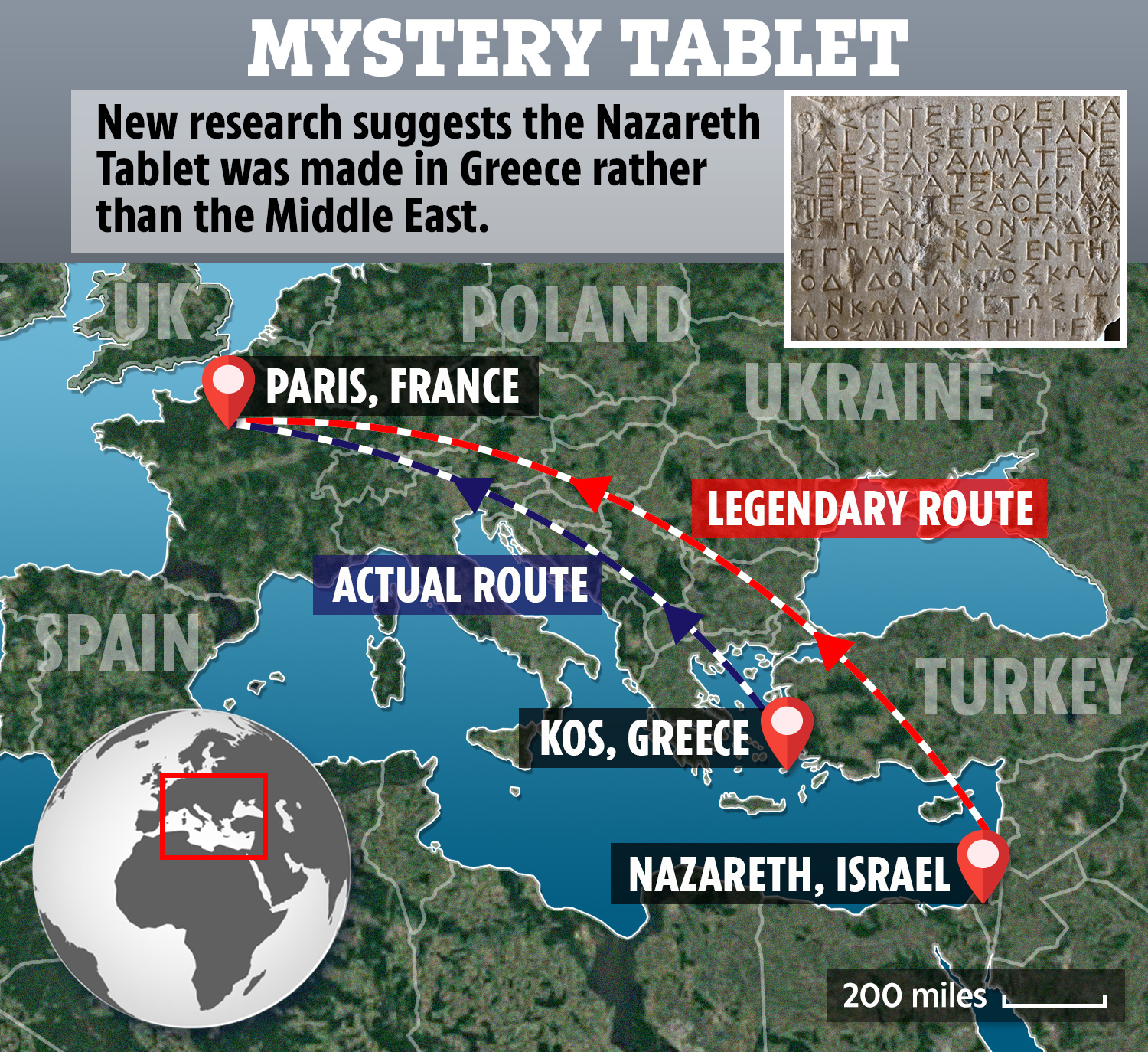 This led to speculation the artefact was issued by the Roman emperor as a reaction to the disappearance of Jesus' body from his tomb – and controversial claims he was resurrected.

The new study from Harvard University and the University of Oklahoma debunks this theory.

"The marble was long linked with Christianity because Nazareth is known for literally nothing else but Jesus of Nazareth," Kyle Harper, from the University of Oklahoma, told Newsweek.

"I have been fascinated by this mystery for years, and I wanted to partner with scientists to use geochemical analysis to unlock the origins of the stone."

Analyses of the marble that makes up the slab suggests it was not quarried in the Middle East.

Instead, the marble's chemical fingerprint lines it up with a quarry on the Greek island of Kos, near Turkey. 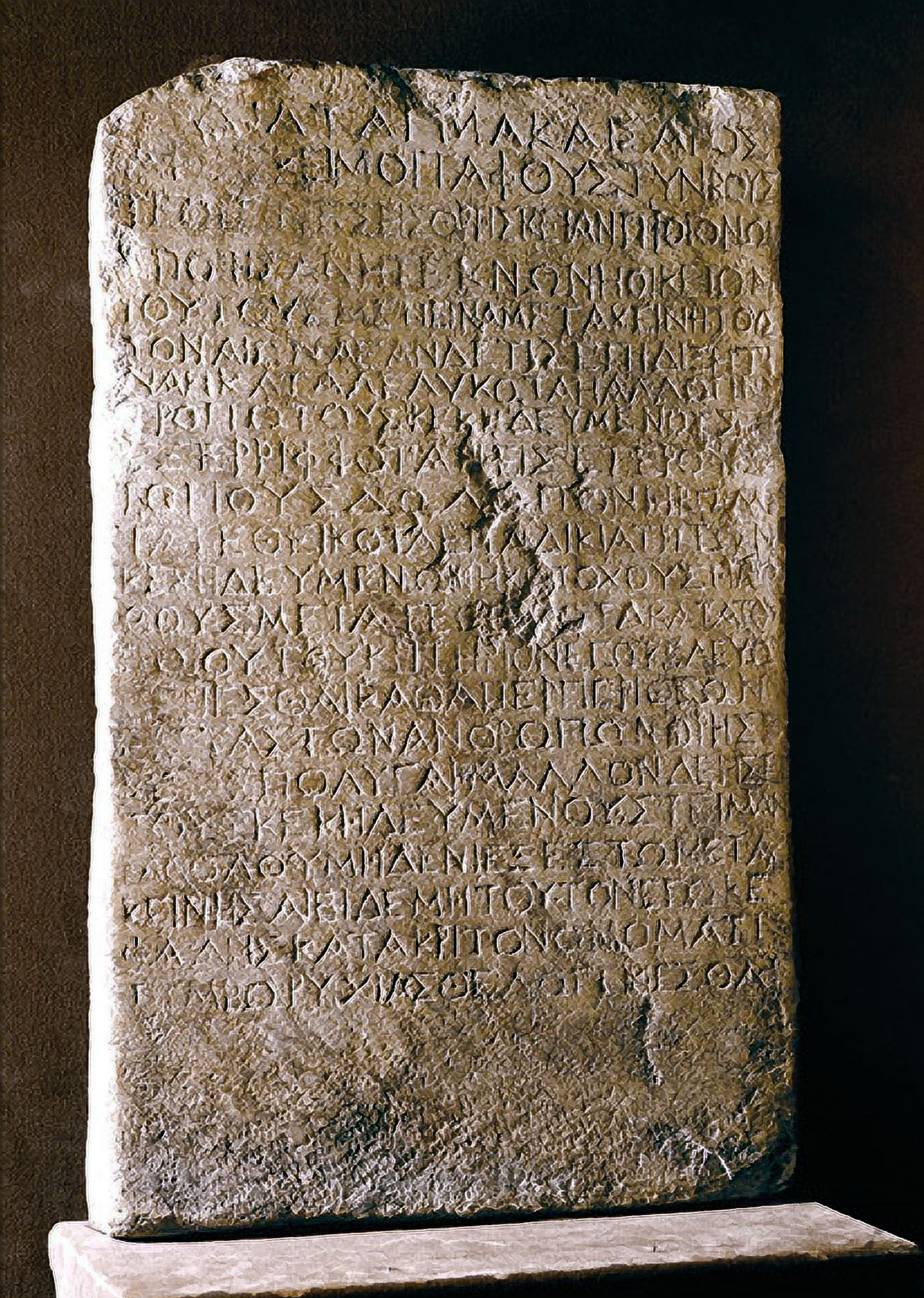 It's very unlikely the quarry exported its stone, researchers said.

Based on the age of the quarry and style of the text, researchers think the tablet was carved in the first century BC for a ruler on Kos known as Nikias the Tyrant.

Nikia's grave was desecrated after his death around 20 to 30 BC, according to legend.

This prompted the Roman ruler of the time to issue the order for citizens to leave tombs alone.

"The Nazareth Inscription has no connection with Jesus Christ or early Christianity," researchers wrote in the study.

The tablet was once owned by Wilhelm Froehner, who bought it in Paris in 1878 and kept in in his personal collection until his death in 1925. 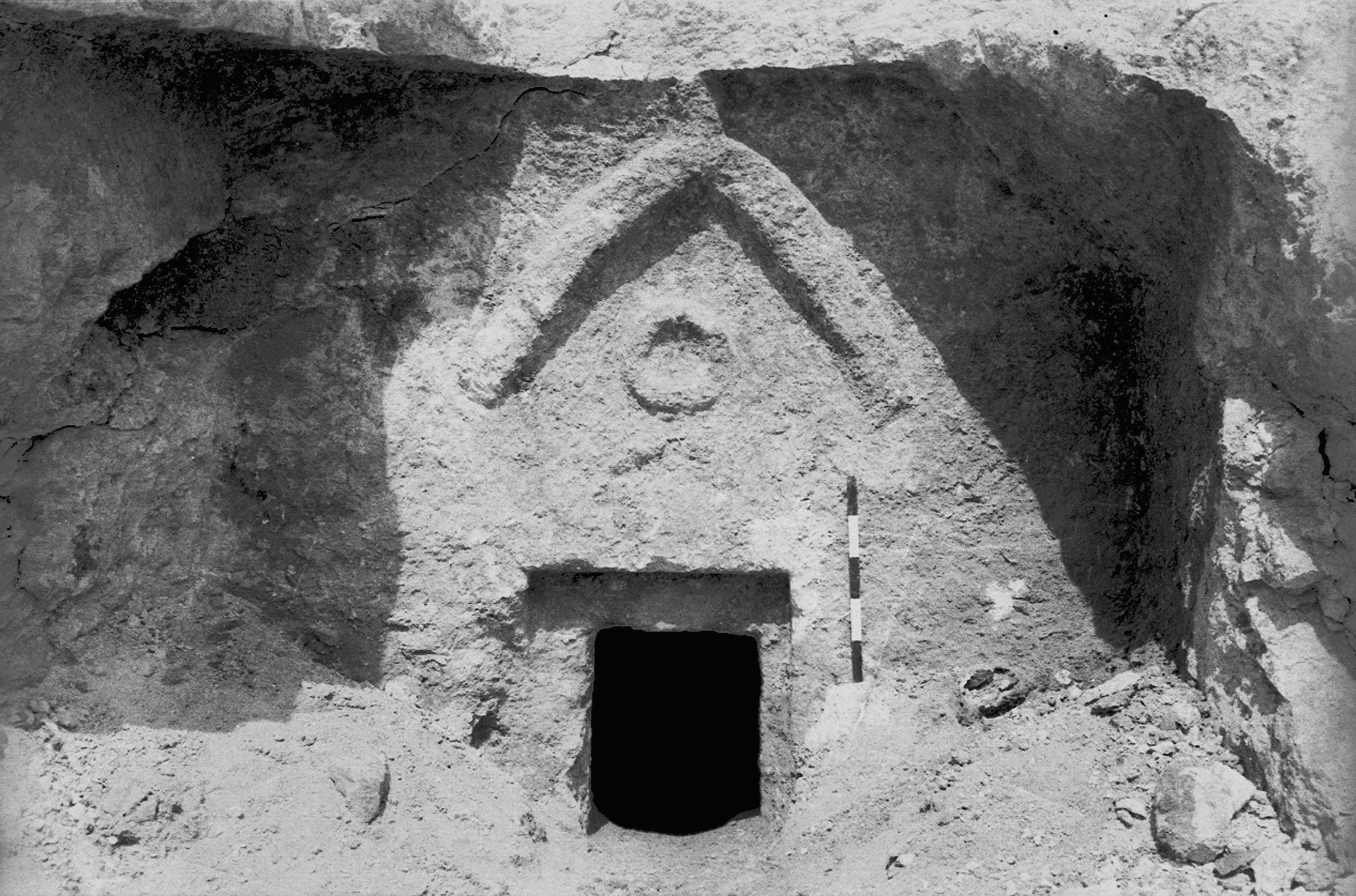 Its text was translated and published for the first time in 1930, sparking numerous theories about its origins.

The idea the tablet actually came from Nazareth is a controversial one.

One reason for this is that its writings are inscribed in Greek, which would have rarely been spoken in Nazareth at the time.

Today, the Nazareth Inscription is held at the National Library of France. Researchers took a tiny sample of its marble for analysis using a dental drill.

The research was published in the Journal of Archaeological Science: Reports.

In other archaeology news, Tutankhamun's ‘cursed’ mummy and golden sarcophagus will soon go on display inside a rebuilt tomb.

The discovery of the 'world'd first crane' may have solved the mystery of how the Ancient Greeks built their temples.

And, the lost biblical city of Ziklag home to the Goliath-killing King David 3,200 years ago has been discovered in Israel.

Where do you think the tablet was made? Let us know in the comments!