Microsoft co-founder and philanthropist Bill Gates has worked hard over the years to keep his private life just that but his announcement this week that he is splitting with his wife of 27 years has ramifications well beyond the couples’ immediate family and friends.

When the super rich split it impacts not just who gets the kids for Christmas but also the fate of their investments and expansive charitable efforts.

Gates was fascinated by computers from an early age and dropped out of Harvard to sell software to fellow computer geeks. He started Microsoft in 1975 with his childhood friend Paul Allen after the pair came up with the name from a combination of microcomputer and software. 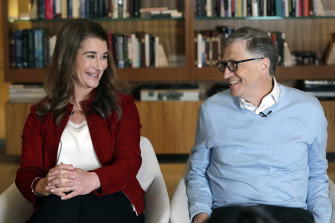 Microsoft co-founder Bill Gates and his wife Melinda were married for 27 years. Credit:AP

Microsoft went on to become one of the world’s most successful technology companies with a market capitalisation of $US1.86 trillion ($2.4 trillion) and catapulted Gates to be the fourth richest person in the world with an estimated wealth of $US146 billion.

“If Bill had started a hot dog stand he would have become the hot dog king of the world,” he quipped. 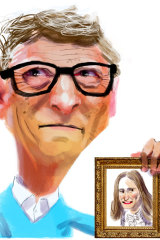 Bill and Melinda Gates’ split is more than just the end of a marriage.Credit:Matt Davidson

Since 2000 Gates, 65, and his wife Melinda, 56, have been focused on giving their wealth away through the Bill & Melinda Gates Foundation which deploys around $US5 billion a year, more than many nations including Australia which gave $4 billion in foreign aid last year.

The foundation has a particular focus on health, poverty and education and its grants included about $US1.75 billion to vaccine initiatives, diagnostics and research during the coronavirus pandemic.

What did he do this week?

After 27 years of marriage the couple filed for divorce on Monday.

The Gates tweeted in tandem that after a great deal of thought and “a whole lot of work” on their relationship they had made the decision to end their marriage.

“Over the last 27 years, we have raised three incredible children and built a foundation that works all over the world to enable all people to lead healthy, productive lives,” the Gates said. “We continue to share a belief in that mission and will continue our work together at the foundation, but we no longer believe we can grow together as a couple in this next phase of our lives.”

The couple first met when Melinda was a product manager at Microsoft and in deciding whether to wed, Bill made a list on a whiteboard. In the Netflix documentary Inside Bill’s Brain Melinda recounted how she walked into his bedroom to find him listing the pros and cons of marriage.

The pair continued this rigorous approach to family life holding six-monthly strategy meetings to decide goals, plan family trips and decide what they wanted their children to learn.

Why is this important? 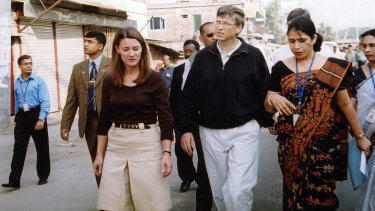 Charitable work: Melinda and Bill Gates in Bangladesh in 2005.Credit:AP

When a couple splits after 27 years of marriage it has big ramifications for both them and their family and friends but when the couple in question are some of the richest and most influential philanthropists in the world the shockwaves are even greater.

The Gates have been quick to stress their divorce will have a limited impact on their foundation which has 1600 staff around the world and where they will remain co-chairs and trustees.

However there may be some uncertainty in the long term around the foundation and what will happen to the estimated $US130 billion not yet deployed through the foundation.

The Gates are the largest owners of farmland in America and have vast investments through their holding company Cascade Investment which owns large stakes in the Four Seasons hotel chain and the Canadian National Railway while their family home is a $US130 million mansion just outside Seattle complete with an indoor trampoline room.

It is unknown whether the couple had a prenuptial agreement but the division of their wealth has already begun with Cascade Investment transferring securities worth more than $US1.8 billion to French Gates, who now prefers to be referred to by her maiden name, a day after the divorce was announced.

It’s unlikely this is all French Gates will get and some guidance could be taken from the recent high profile split of Amazon founder Jeff Bezos and Mackenzie Scott, where Scott came away with a quarter of the Amazon shares the couple jointly owned.

For Gates at least it provides some diversion from conspiracy theories circulating over the past year which included false claims that he refused to vaccinate his children, helped engineer COVID-19 to reduce the world’s population and that the vaccines he was funding contained traceable microchips. 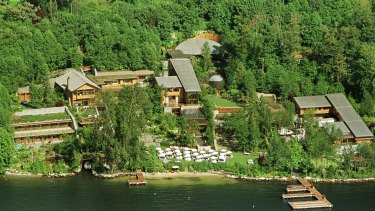 “Why would I want to track people?” Gates told Good Weekend earlier this year. “What would I do with that kind of information? The biggest tragedy is that these conspiracy theories hold people back from getting vaccinated or wearing masks.”

In the same interview Gates signalled he wasn’t ready to ease into a quiet retirement spent playing bridge and reading books just yet.

“I used to think people at 65 didn’t have much to add to the world,” he said. “I’ve definitely changed my view on that.”